Let's keep going with some more dime box goodies from the Expo.

How about a trio of 1985 cards from John Franco? A good start to these with 2 of these 3 being his first cards from the specific company. 2 rookie cards from a member of the Mets Hall of Fame. Those 85 Fleer don't scan that nicely at all. The border really does appear a solid colour in person. I had to check the other 85 Fleers at COMC to see if my scanner was acting strange. Fortunately, it looks the same there. 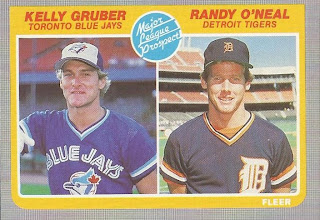 And why not another 1985 Fleer? I loved Gruber, but getting caught water-skiing when you're on the Disabled List with a shoulder injury will make you fall out of favour quickly in a city. Plus, in one of the more bizarre Jays/Labatts TV commercials of the early 90s, the highlight was a woman saying she "liked to see Kelly Gruber shake his hips." Nope. Not kidding one iota. (Approx: :18) 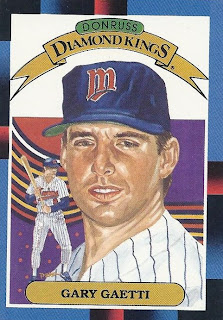 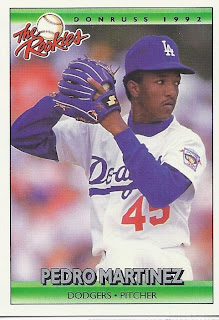 I actually had this Pedro on my Diamond King draft list, but elected to pick it up at the show for a dime. And, when in doubt as to how to wrap up a post, break out some more Collect-a-Book literature! 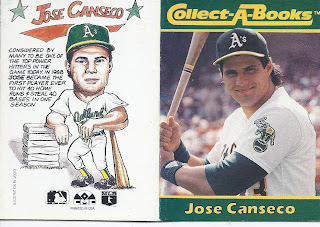