I've done this before. Count off the number of cards left in my COMC box, and then fire up random.org to select 6 number. Pull those from the box and post them. Simple! 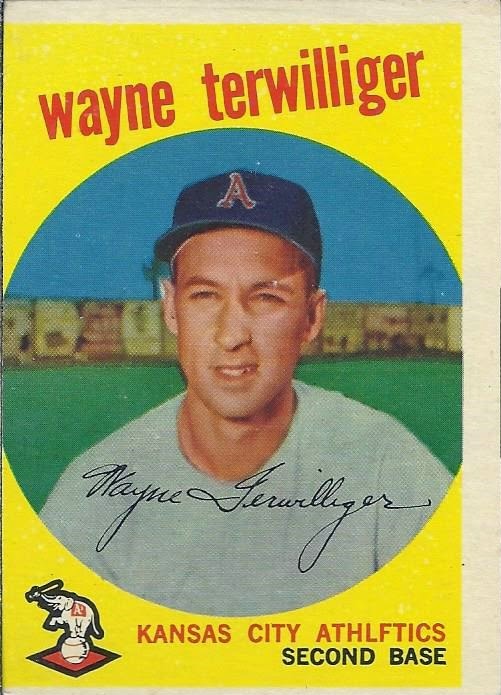 While this probably wasn't the exact card that came up during the challenges, I found it really hard to pass on any card featuring a guy named Terwilliger. That is solely because of the Simpsons and Sideshow Bob, but still, it is a guy named Terwlliger. I think this also my first K.C. Athletics card, there in all its badly centered glory. 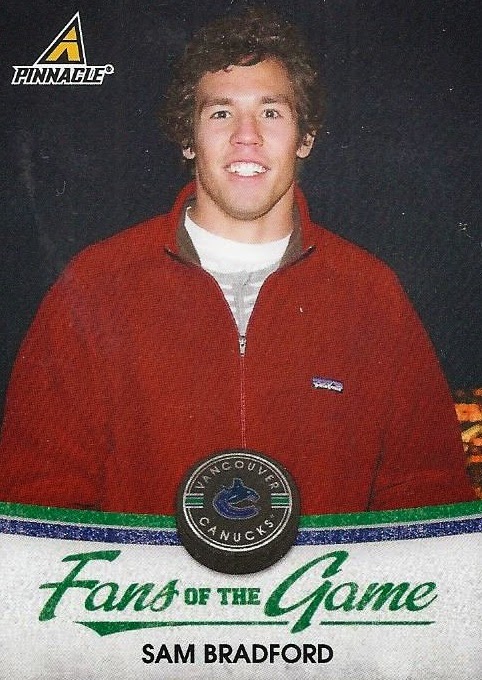 A football player on a hockey card"? Sounds like just the thing I'd want to add to my collection. But why would then Rams QB Bradford be on a Canucks card? 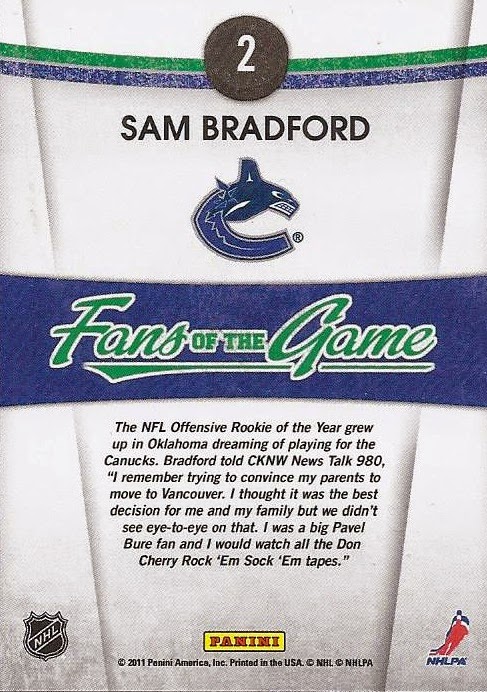 Oh. That explains it. In retrospect, his parents probably made the right decision as to relocation. 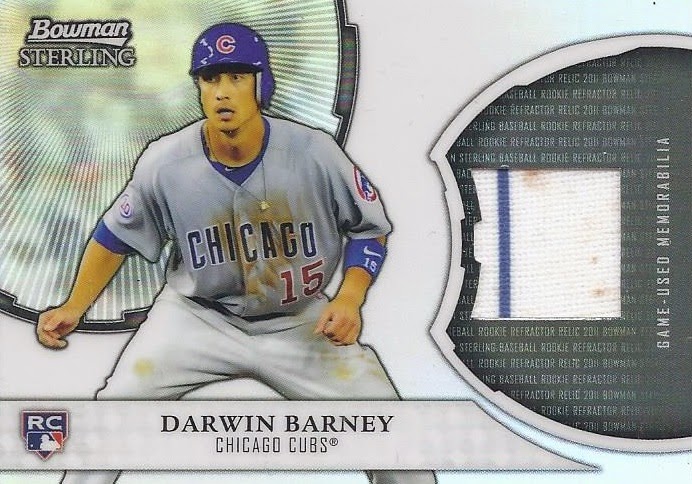 This was one of the cards I picked up with a $45.00 Black Friday spending spree I picked up through the site. I almost lost the prize, since I didn't log into the site until Monday morning, and the money expired that evening. This was one of the cheaper cards I bought, picking it up because of the Wrigley filth contained on the swatch. 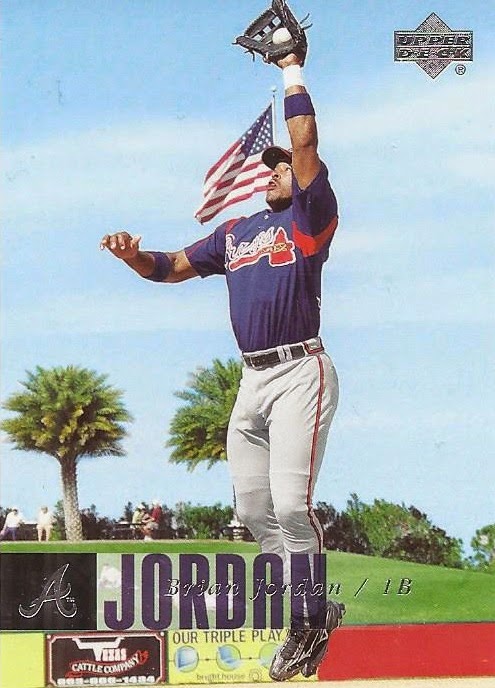 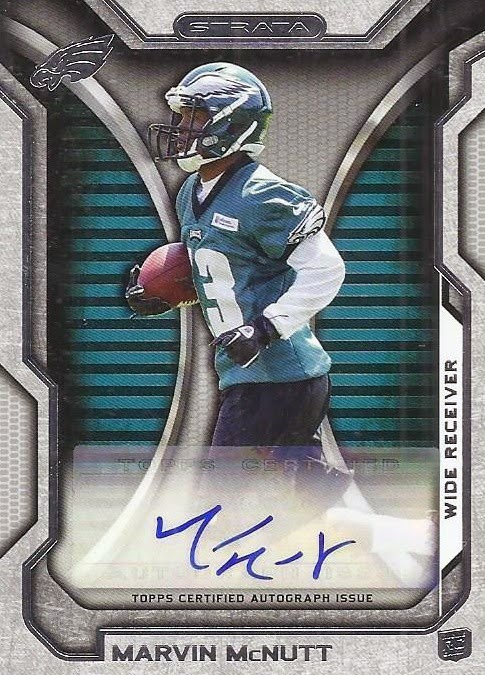 This was another one of the cards from that shopping spree. The auto isn't exactly pristine penmanship, and he didn't exactly have a memorable NFL career. But his name is McNutt. McNutt! 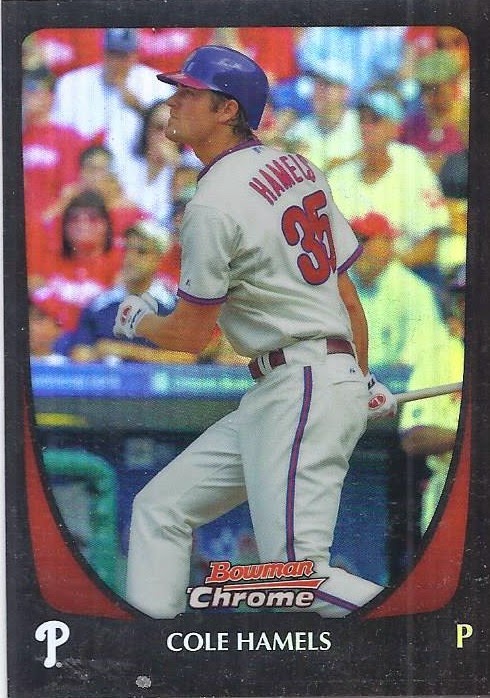 And the 6th and final Picked Six card was a shiny card featuring a pitcher at the plate. There always seems to be one or two interesting photos to fill out a Bowman set. And by interesting, I mean because of the photo as opposed to interesting because of a really bad photoshop job.

And there's 6 more out of the box. See you after the Expo!
Posted by buckstorecards at 13:58