Time to head into the weekend with a Dollarama repack. And because I see no reason not too, I'll scan all the cards.

Visible on the front: 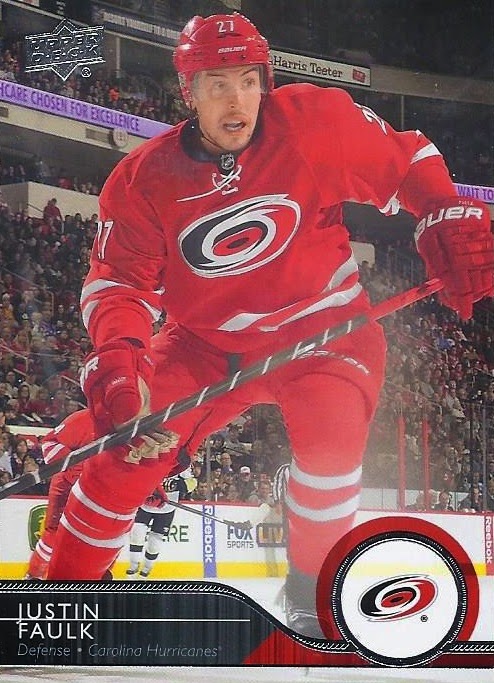 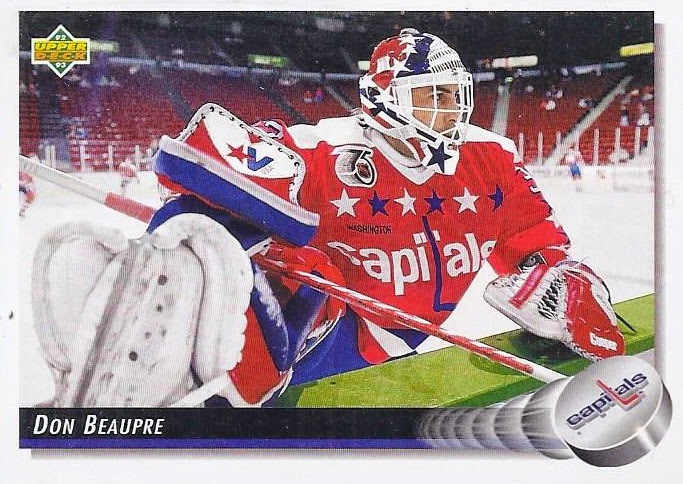 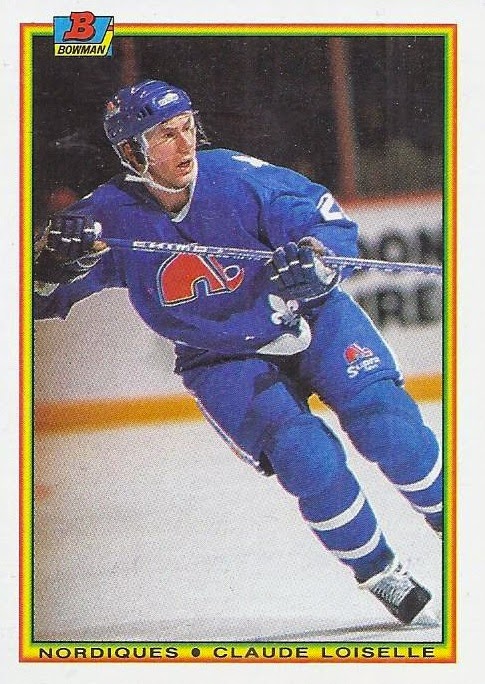 1990 Bowman - Claude Loiselle - As required by the repack laws. 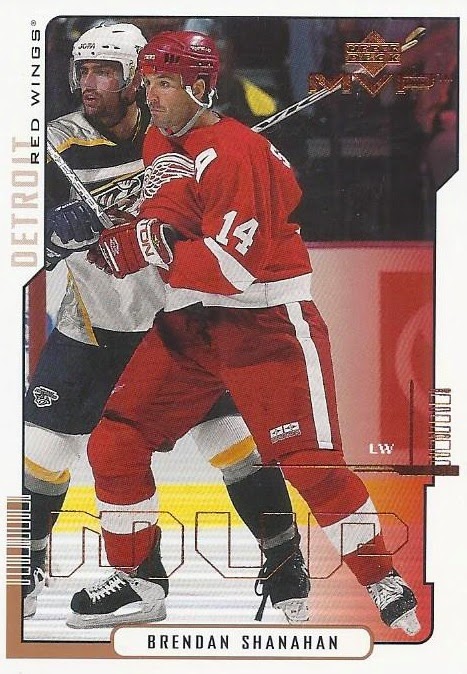 2000 MVP - Brendan Shanhan - This one was a pleasant surprise, a great player and a set I don't often see in these. 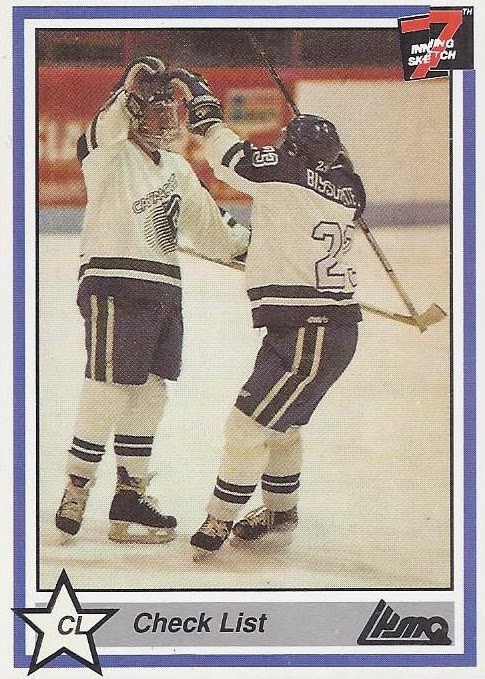 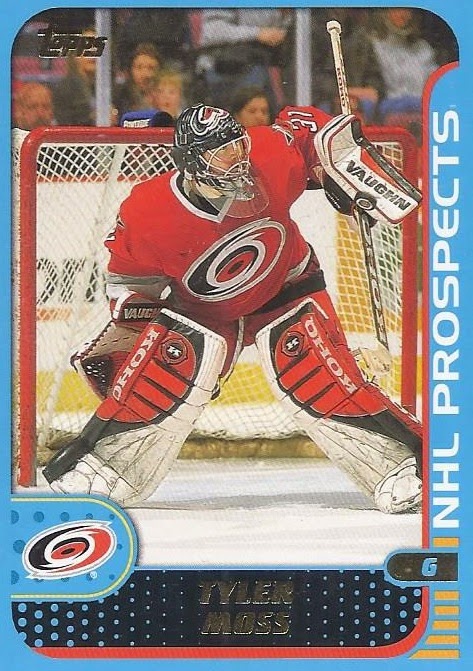 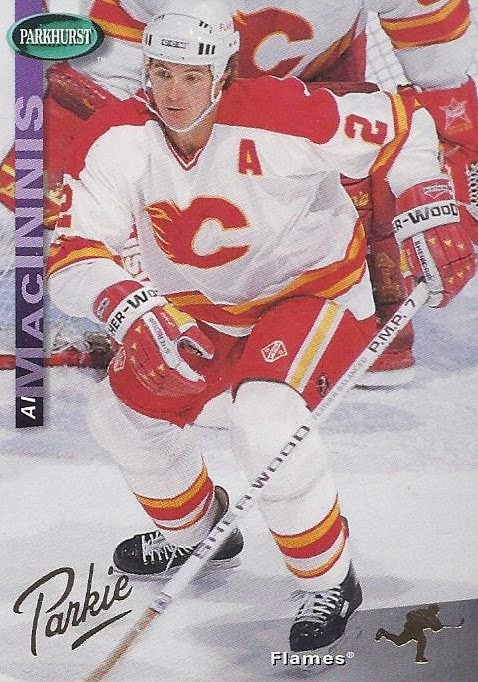 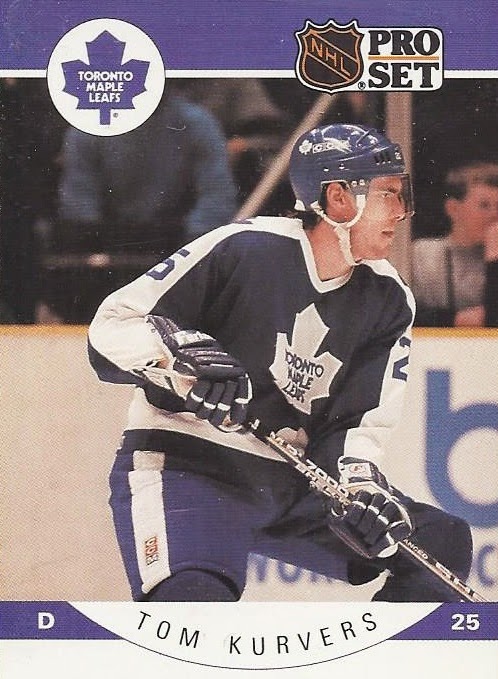 1990 Pro Set - Tom Kurvers - I'm sure the Leafs would have rather had Scott Niedermayer. 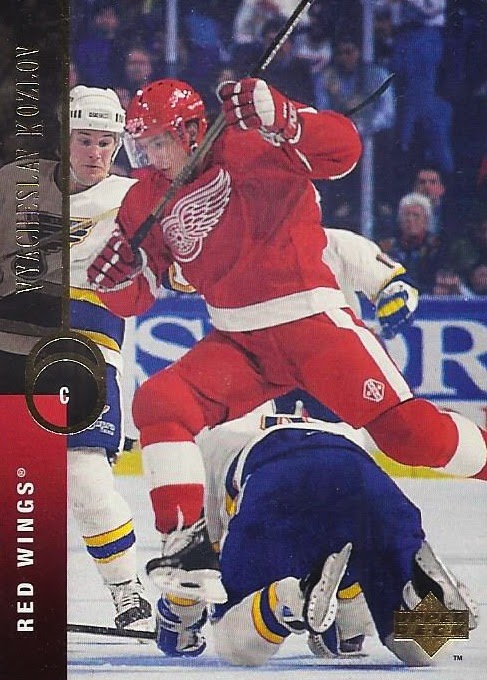 1994 UDS - Vyacheslav Kozlov - Not the Kozlov I power collect, but still a cool photo. I love it when none of the player is touching the ice in a shot. 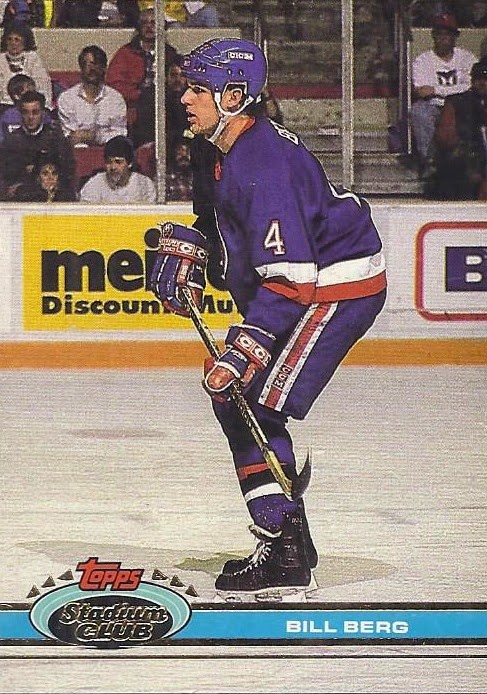 1991 Stad. Club - Bill Berg - A photo so clear, you can see the Hartford Whalers shirt in the crowd. 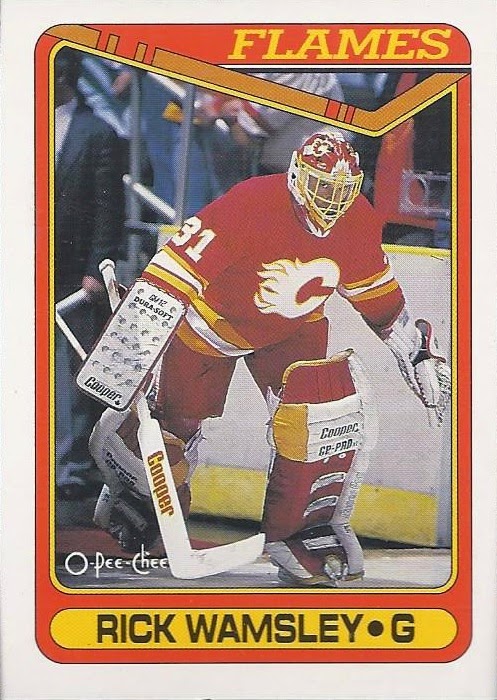 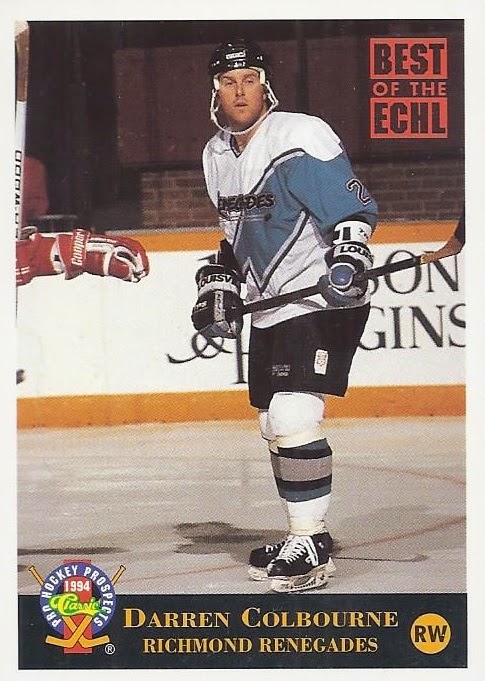 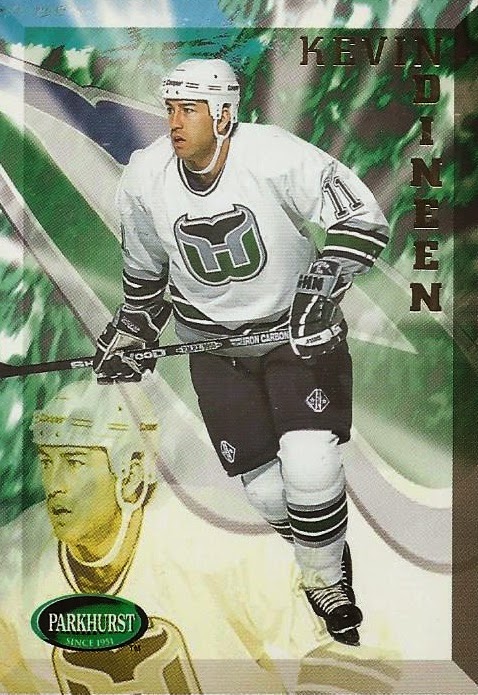 1995 Parkhurst - Kevin Dineen - Zistle tells me this card is bound for Shoebox Legends at some point. I think I sent the Emerald parallel earlier this year. Edit: Yessir! 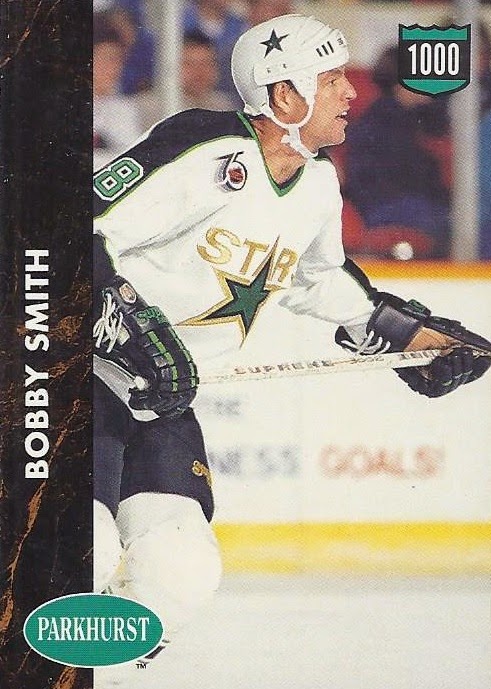 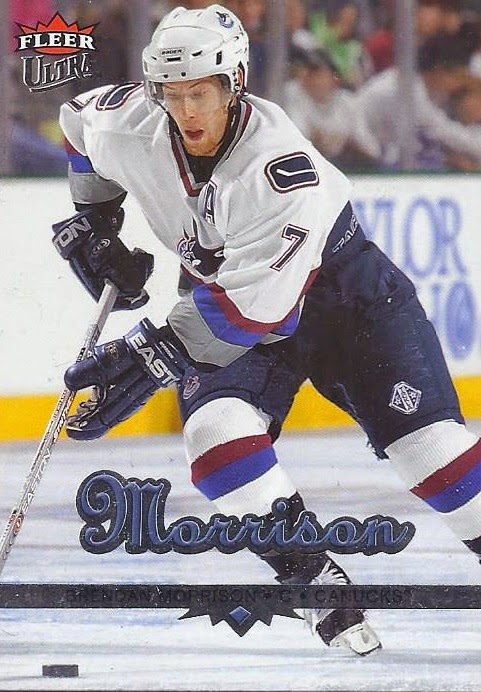 2004 Ultra - Brendan Morrison - Wrapping it up with another card bound for elsewhere - this one for TMM.
Posted by buckstorecards at 14:39