Time to take a lazy Sunday to catch up on the mail that has shown up in the past week in smaller envelopes.

Starting with a Sportlots Four-Pack. 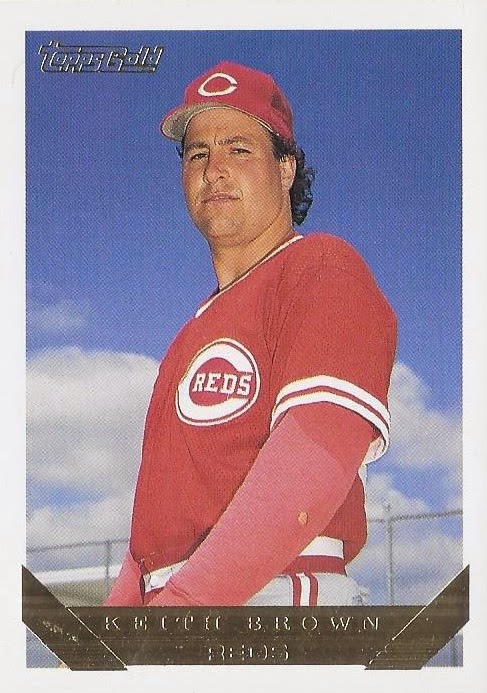 The blame for this one rests entirely on the '93 Topps Blog. Recently, that blog reached the point in which the checklist cards were replaced in the gold parallel sets by some 26th man types. I was curious as to who the players were that were honoured. And then I found out that 2/14 baby Keith Brown was one of them! WOO-HOO! That's an easy decision in terms of a collection addition. With this, the only big league card of Brown in need is his Glossy 1989 Fleer. 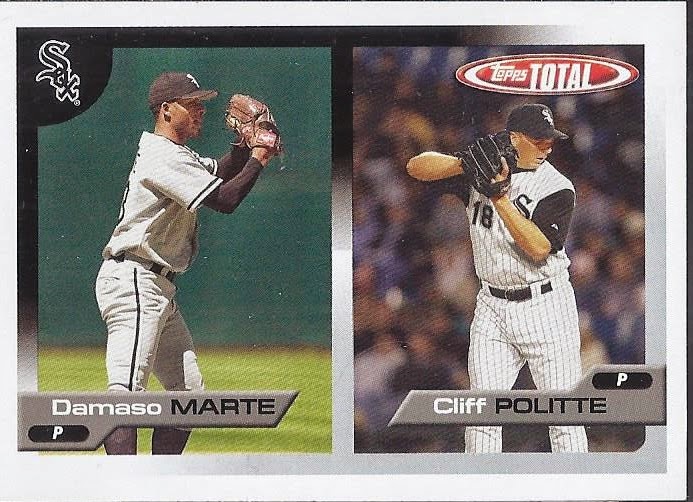 And 1 2/14 baby dropping on the way into my collection deserves another. Here's a new Damaso Marte for my collection. With this, I'm only 2 base cards away from completing this collection. The only ones still out there are his 2005 Showdown and 2003 40-Man. 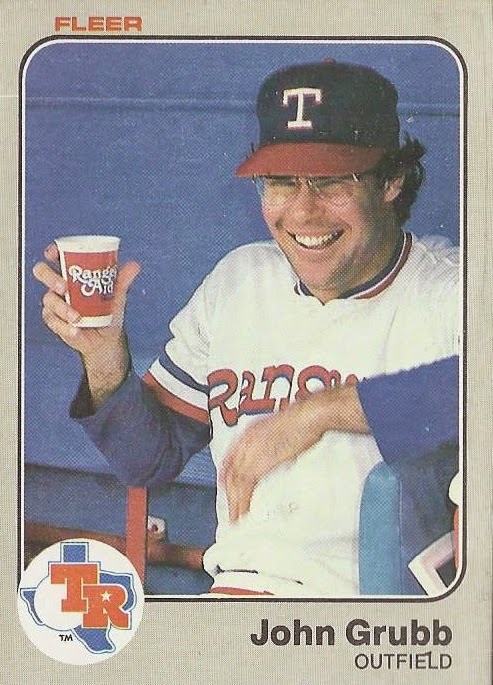 Much like with the Brown, the blame for this one is on some other blog. I can't remember which, but I just love the casual look of this card. And the mysterious drink known as Rangers-Aid. 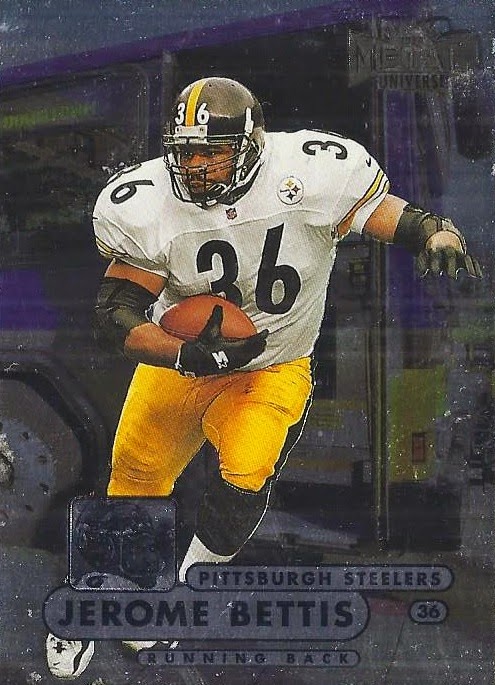 Again, this was featured on another blog, and it became a must have for my football collection. The Bus! And it looks like he's exiting a bus! Perfection!

4 sportlots cards out of the way. Now to some small trade envelopes. First up, highlights of a small envelope from the Underdog. 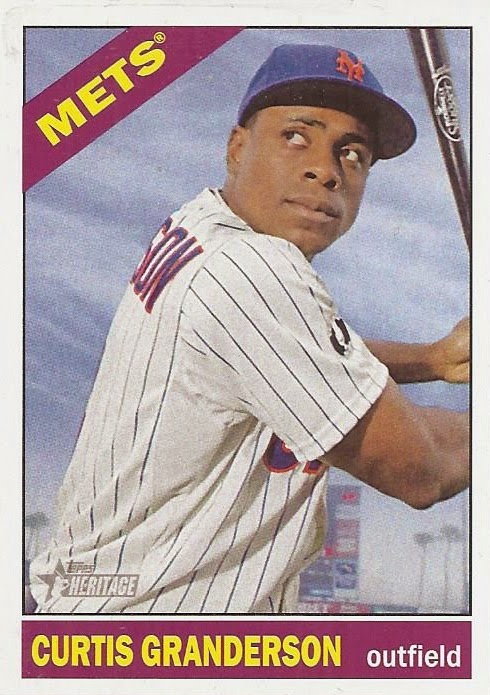 Since I'm not building Heritage this year, I'll welcome any Mets from that set. Including this Granderson. 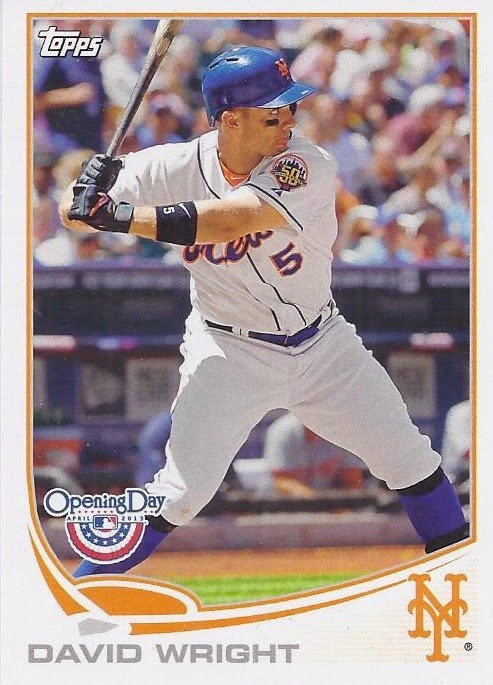 And since David Wright just got upgraded from Mets binder status to a binder of his own, any David Wright cards will be welcome additions. I've got his base card, but not his Opening Day card from '13.

And there were more cards destined for my Mets binder as well. Thanks for these, and I hope you liked the Chargers and Ducks I sent your way!

Finally, I sent some set builders and Hornets off to Cardboard Collections, and this was part of the return. 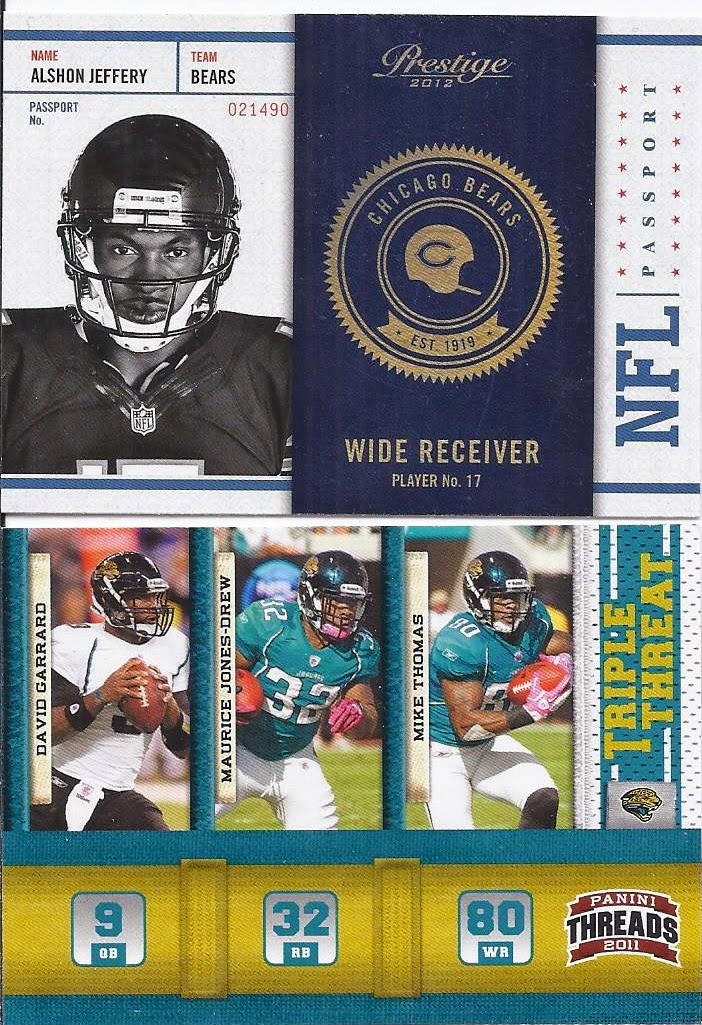 More 2-14 content! If I can count cast cards where only one person on the card is a 2/14 baby, I can certainly count the David Garrard appearance on this Jaguars-themed insert. 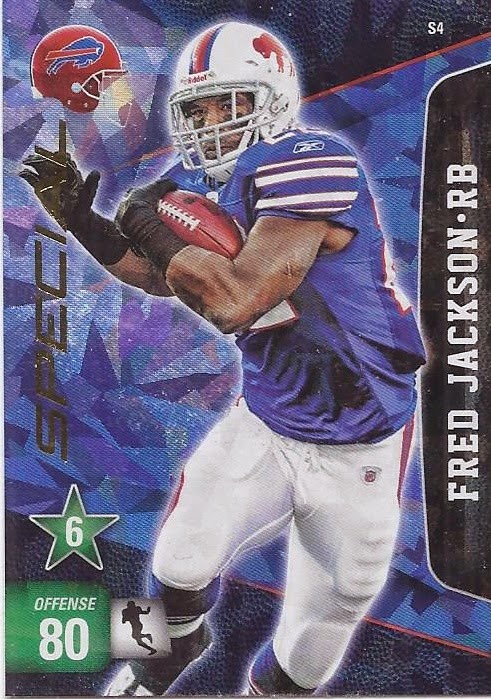 And some random Bills as well. I'm picking the shiniest of the bunch to show off.

And there you have it. And now, back to binge-watching Homeland.
Posted by buckstorecards at 15:22