Upper Deck migrates shiny versions of a lower end set into hockey with the O-Pee-Chee Platinum release. But, it isn't quite Topps Chrome. The numbered parallels are there as are autos, but with it being a late season release, there are new traded players and rookies. But, more importantly, and unlike Chrome, the photos aren't re-used from the original sets. That's always a nice thing. 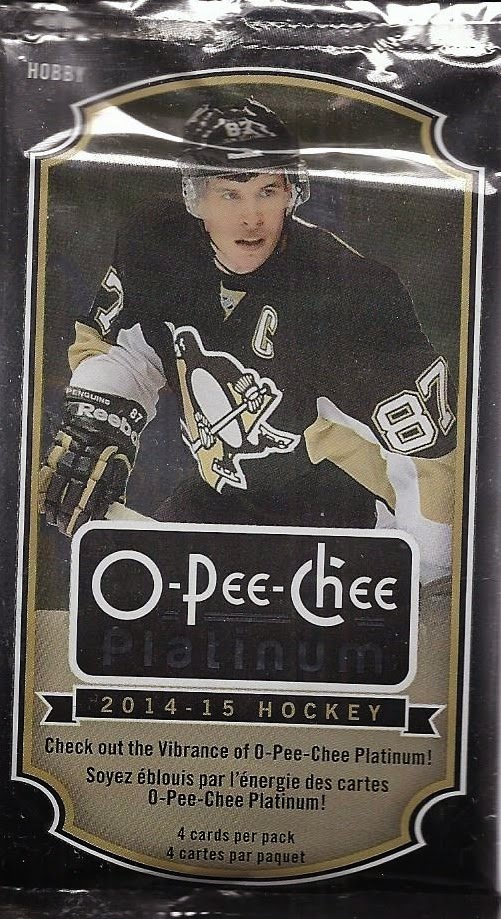 Here's your pack. You just knew that Crosby had to make it onto one pack this season. 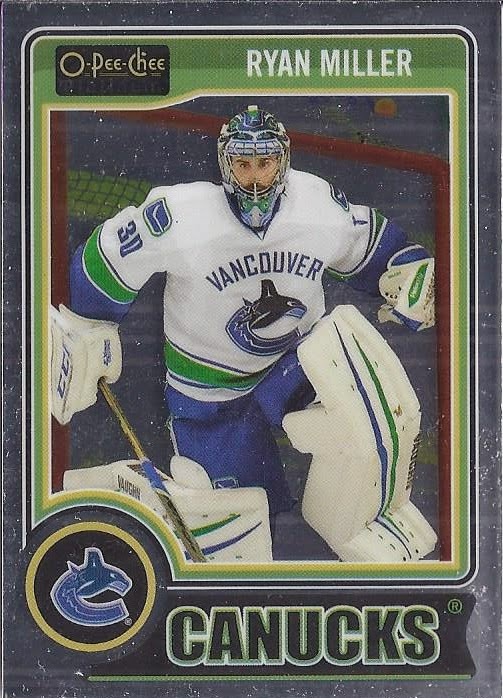 And the first card. And it would be one of the 'traded' cards, as Ryan Miller shows up as a Canuck, after being a Blue in the original set. He did show up in the Update cards of S2 UD with an OPC card, but this is a new photo as well. 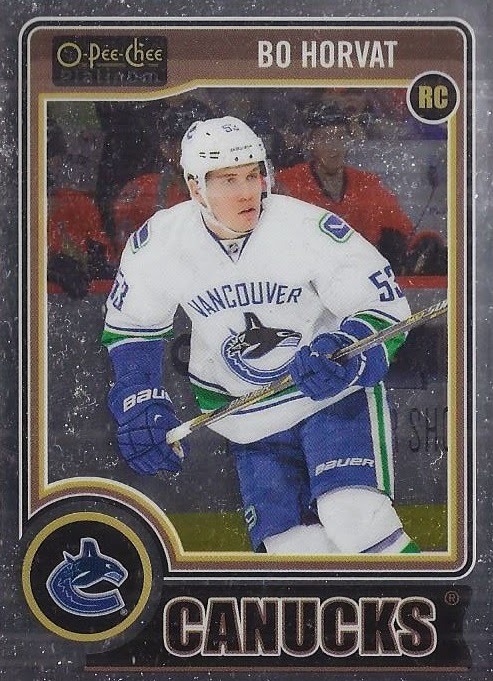 Evidently, this pack should have been sent to British Columbia instead of Ontario. Canucks hot pack! I'm not sure what rate the rookies fall at, but if this is the one I get, there's no complaining. 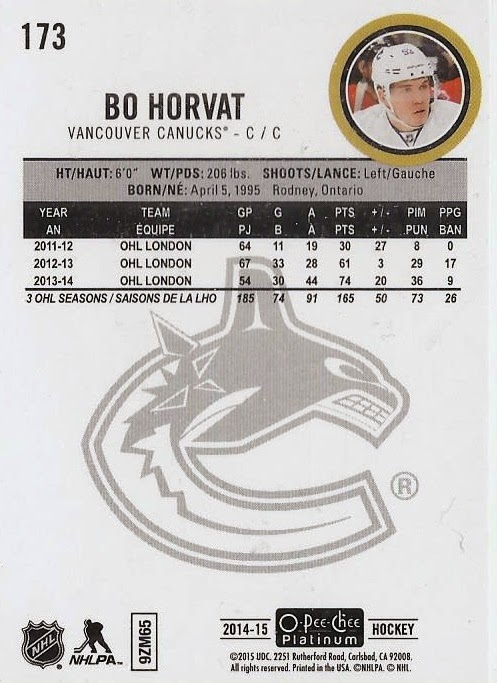 The backs are pretty much the same as the base version, except the photo is coloured. And since there were no NHL stats for some of the rookies, those like Horvat get their minors/CHL stats. 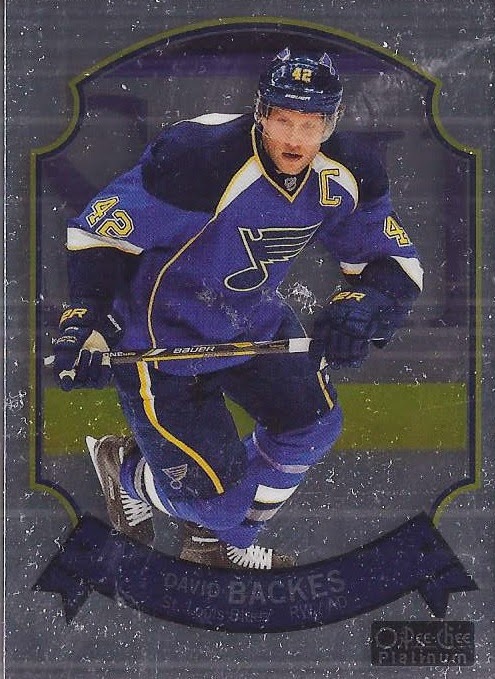 The only puzzler in the bunch is the decision to bring over retro parallels from the base set, but with a different design. Unless this is a preview of the 15-16 Retros. 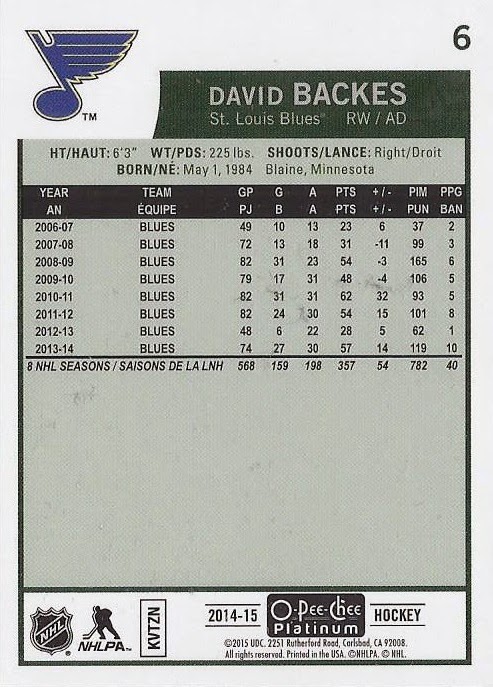 These are the retro backs. A lot of similarities to the case once you leave the top of the card. Is it really necessary to have colour on a retro back? Or even a retro parallel whatsoever in a shiny set? That might be my only complaint about this release. 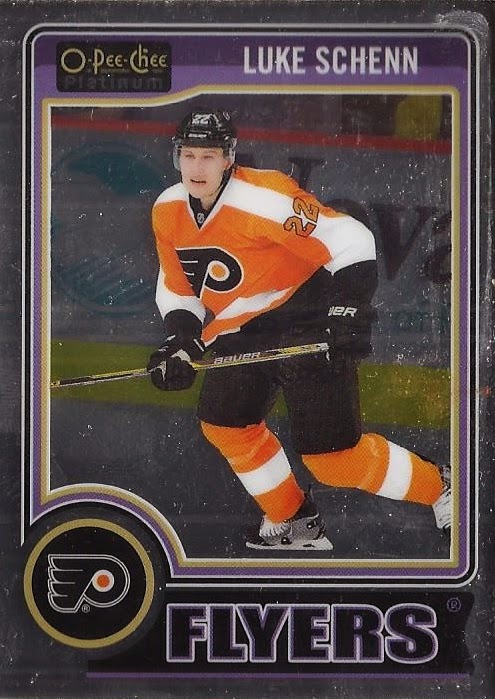 And the last card.

Take out the retros, and you'd have a pretty interesting release.

Posted by buckstorecards at 13:22