I Select-ed the Raptors in a Case Break

And here are the goodies out of 2014-15 Select. I think I would have enjoyed this post a lot more if they bothered to show up for overtime, or if they'd bothered to rebound on defense during any portion of the game. 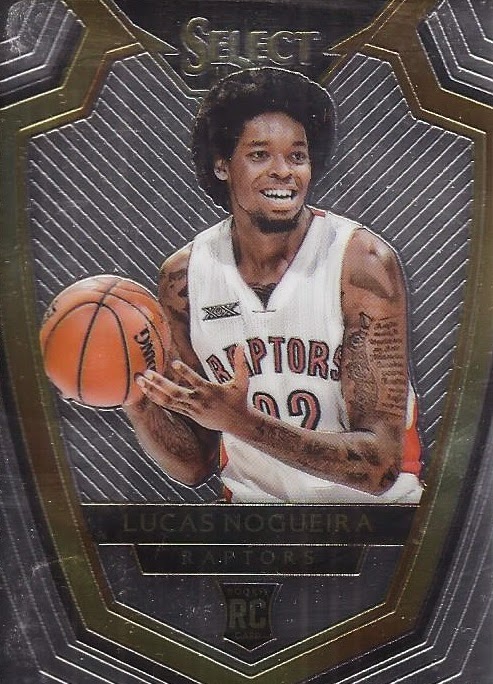 This was the card I was the happiest to add to my collection. Lucas brings me perfectly up to date in terms of "To the best of my knowledge, I have at least one card of everybody who has had a Raptors card".  I have college cards for him from the previous season, but he was technically Atlanta Hawks property at the time. He came here as part of the Lou Williams/John Salmons deal. He hasn't seen much court time, but has helped as an interpreter for fellow Brazilian Bruno Caboclo. 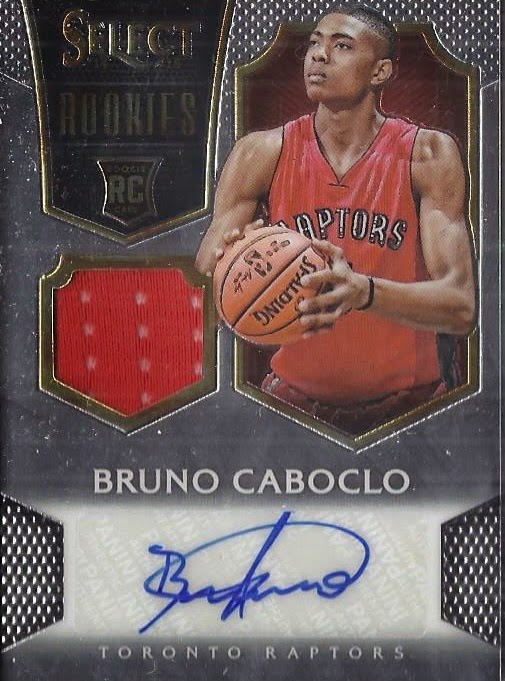 And of course, I had to get another hit of his for my collection. I think his cards fall at a rate of one per case. This is my second auto/relic of his, the first with a stickergraph. 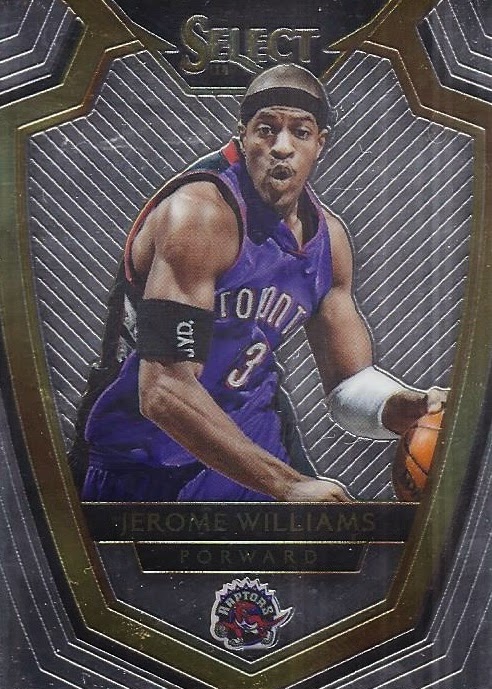 With a short team history, I wasn't expecting the Raptors to be represented among the veteran content of the set. Although a couple have shown up this year - Damon Stoudamire and Tracy McGrady, if I recall correctly. But to see someone that really seems to be more of a Archives Fan Favourites type like Jerome Williams was really cool. 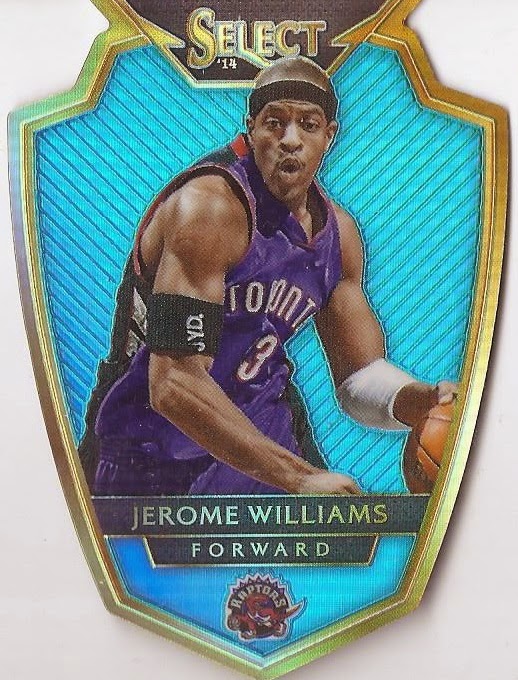 I also landed this nice blue parallel of the JYD, this one numbered out of /199.

And he was also found among the shiny Prizm cards in the break, along with a blue/white parallel of Demar (not-#'d) and his base Prizm (which I landed two of). It also shows how nicely Panini makes the logo match the team era, with JYD's logo being more the purple era. 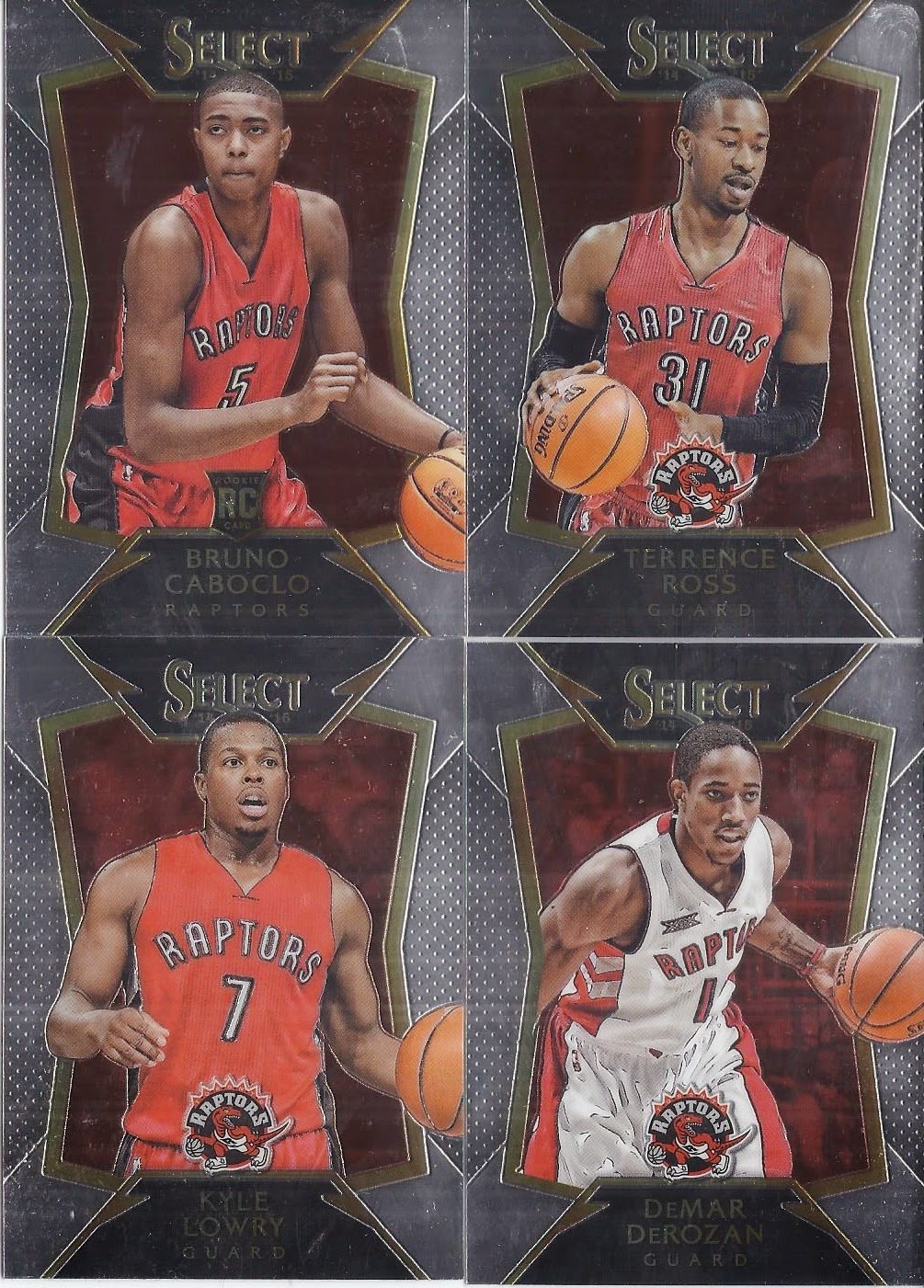 The rest of the base. Collation was typical for Panini. 7 Kyle Lowry cards (Could I sell them all as an ebay 1/1? It's his jersey number!) and only 3 Derozans. I do like the design, especially since the background isn't completely red, just shaded as such so you can see the crowd. 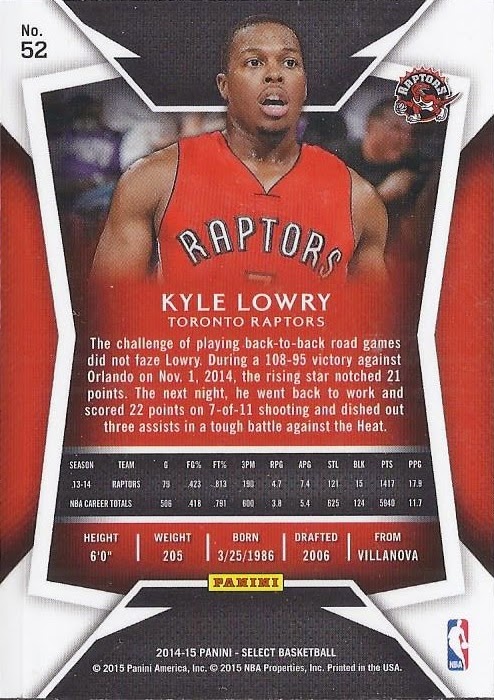 And the card backs.

Posted by buckstorecards at 12:44