So, how do I do when I go to the Dollarama, and decide on a pair ofrepacks based only on whether or not the card is a need for a set I'm working on. 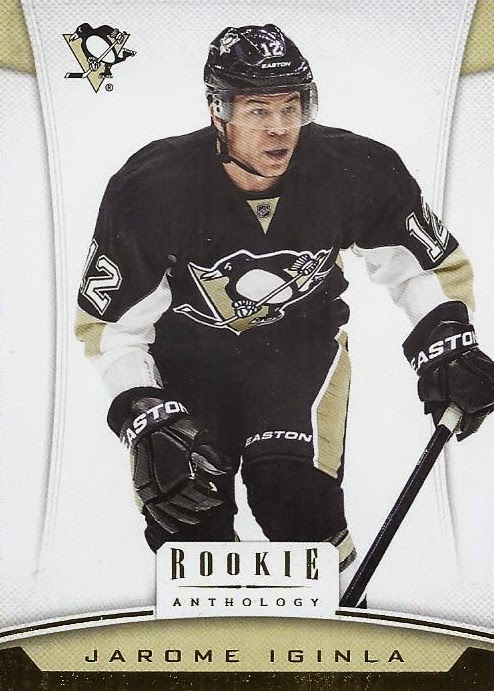 And I go 1 for 1 in terms of needing the card. This is one of the 17 cards I needed to finish the 12-13 R.A. base set. Nice. And even moreso, since there are not too many Iginla Pens cards. An Upper Deck loved this image so much, it was used on his OPC card as well for 13-14. 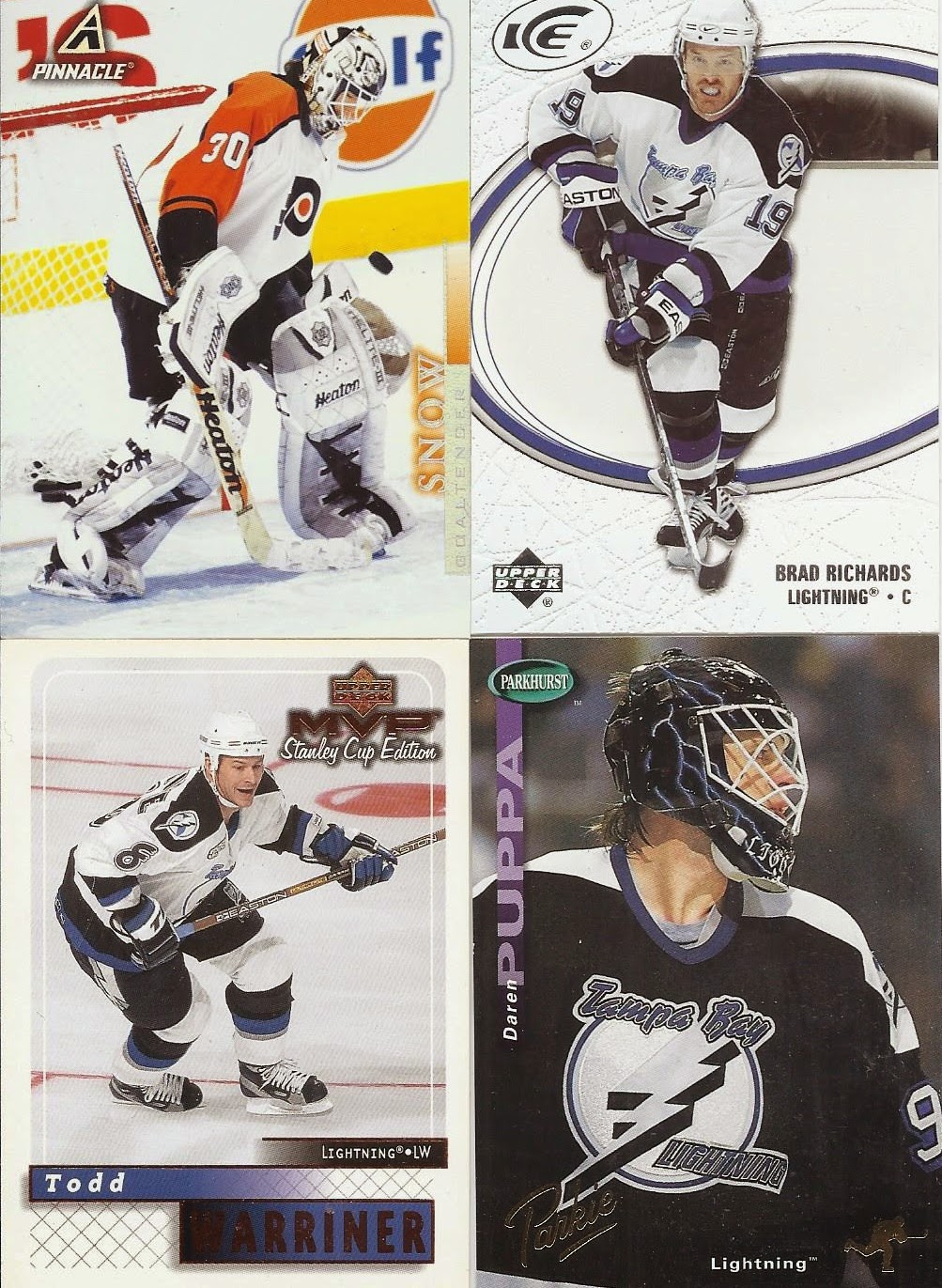 Lots of junk wax among the rest, but I still added a couple mask binder cards. The Puppa is a gold parallel, and these have been showing up more frequently in recent repacks. Warriner is a Rangers alumni, so he's bound for that collection. Richards was the visible card on the other side of the repack. 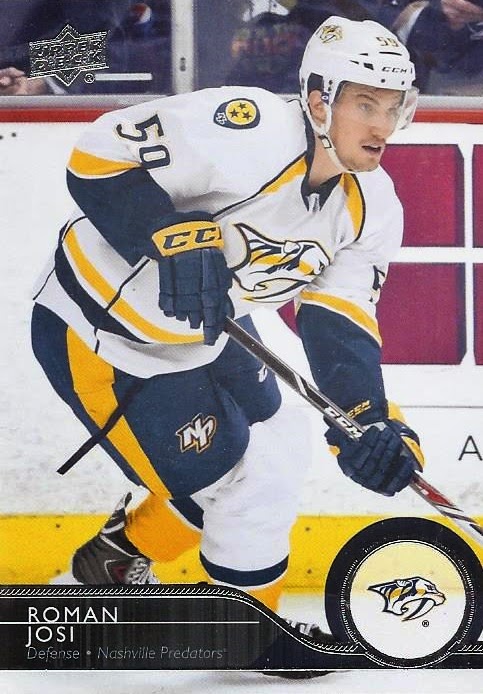 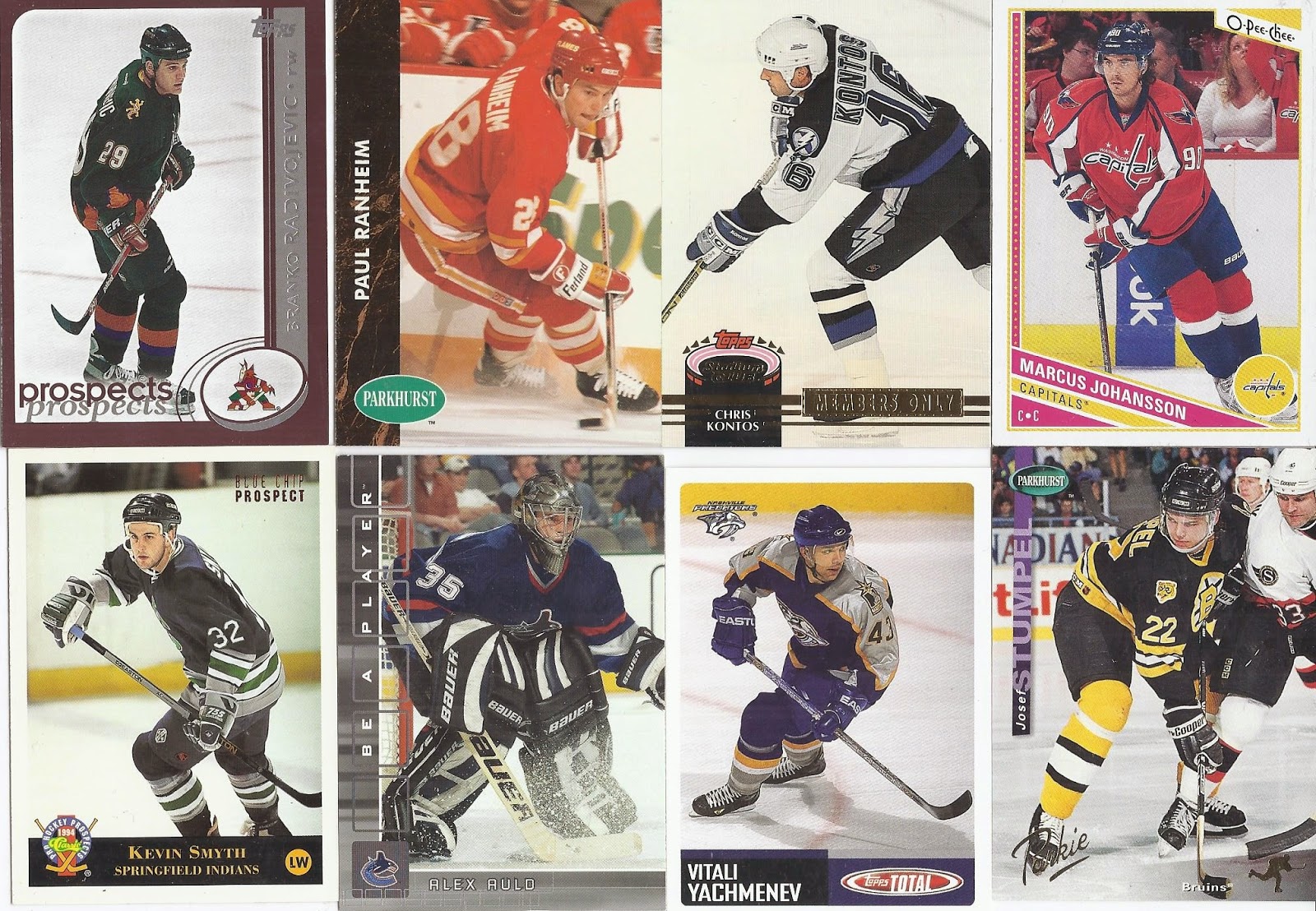 However, there were more interesting cards among the hidden cards that in the first. How can I not like a card of a guy named Branko? The Ranheim is junk wax, but it is Franch parallel junk wax. Also, the Chris Kontos commemorates his scoring the first goal in Lightning history, followed by 3 more in their first game. Marcus Johansson was visible on the back of the repack. To the second row, we've got Kevin Smyth. He's listed as a Springfield Indian on the card front, but as a Whalers draft pick on the back. That's bound for Shoebox Legends. Another pre-lockout/strike mask binder card follows with the Auld. Then's there a Topps Total - always interesting finds, even though it isn't too obscure of a player. And finally, yet another gold parallel Parkhurst.

So, despite swinging and missing on a set need with Josi, that was still the better repack of the two.

Posted by buckstorecards at 09:18