The playoffs start tonight, so this might be the best time to show off the hockey goodies still left in my COMC box, ignoring the fact I hit ship on another 100 cards yesterday. 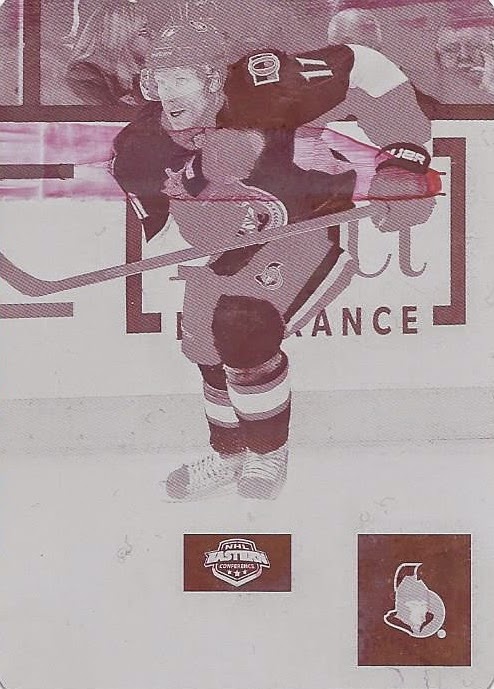 Start with a 1/1? Why not. This is my third Daniel Alfredsson plate, but my first not received in a trade with TMM, and my first not used in the production of a Game Worn Gear Titanium card. Since Alfie was rocking the home reds on the actual card, it looks really nice with the Magenta plate. 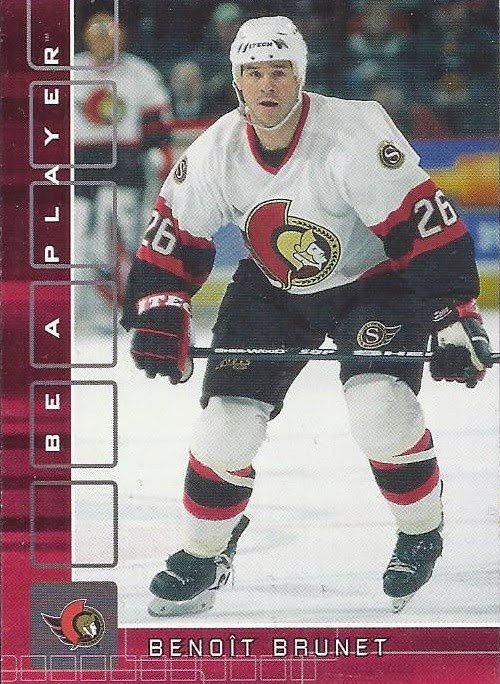 From a magenta plate to a ruby parallel, here we have a Benoit Brunet card. This one came up during the challenges, and I had to have this one for my every Senator collection. I didn't even remember Brunet made a stop in Ottawa, but he did for his final NHL games, playing 13 games in Kanata. This card, and its parallels, are the only cards where he isn't pictured with Montreal.  So, I guess this is a sunset card (tm: Nick @ Dime Boxes) as well. 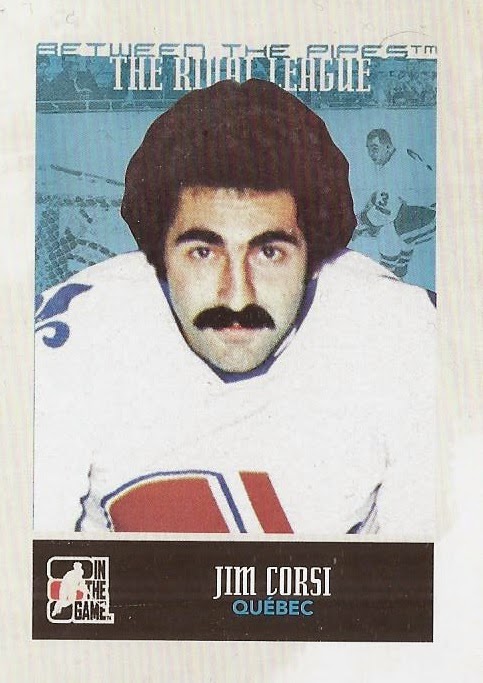 Hey! A card of a guy with a stat named after him! That's kinda cool. This card from ITG seems to be the only card from his career. 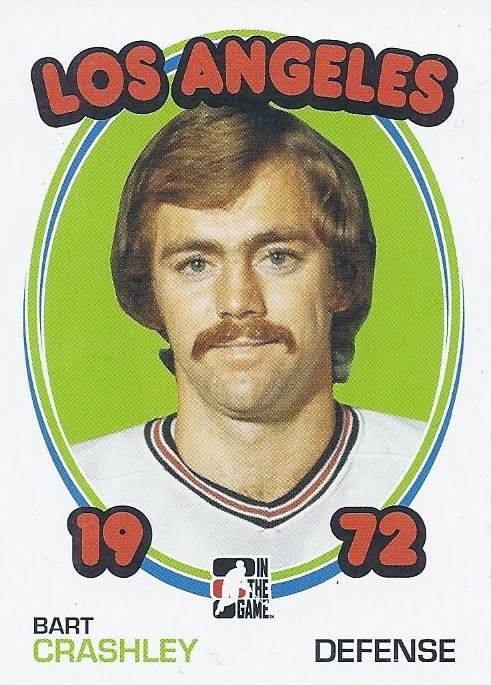 Because Bart Crashley is an awesome name for an athlete in any sport. Except for something like racing or ski jumping. Unless you dream in life is to be 'The Agony of Defeat' guy. 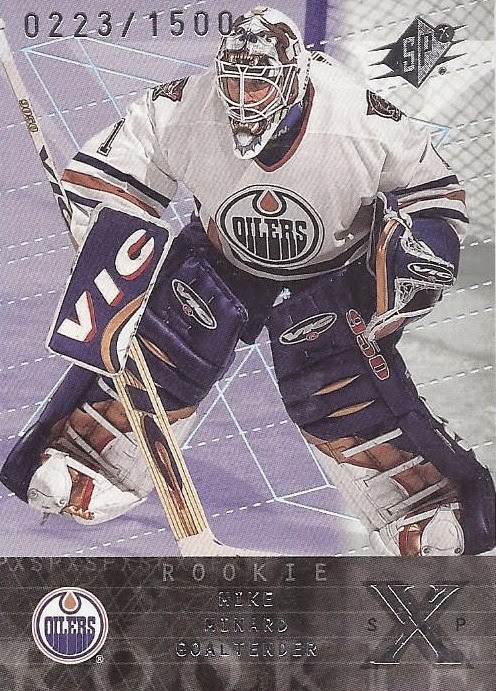 I added this guy to my inventory after seeing his Hamilton Bulldogs mask on his Young Guns card, but before googling him to find out this. Oops. 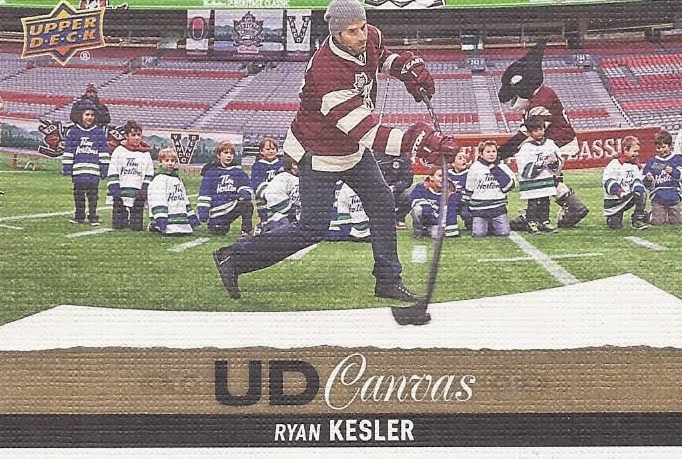 Let's see. Throwback uniform. MAscot in the background. Kids looking on. The Senators logo lurking in the background of a Canucks card. And taking a practice shot at BC Place? I'm sure if I kept looking, I'd find more ways to love this canvas card. 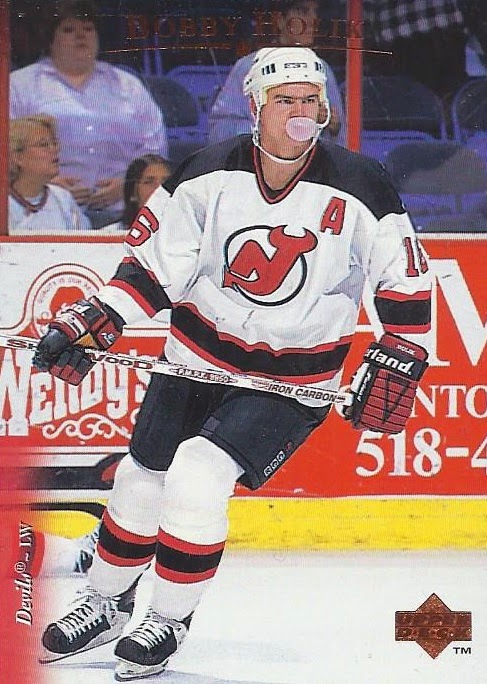 There's not as much to love about this card in terms of volume compared to the Kesler, but Bobby Holik blowing a bubble is still knda cool. 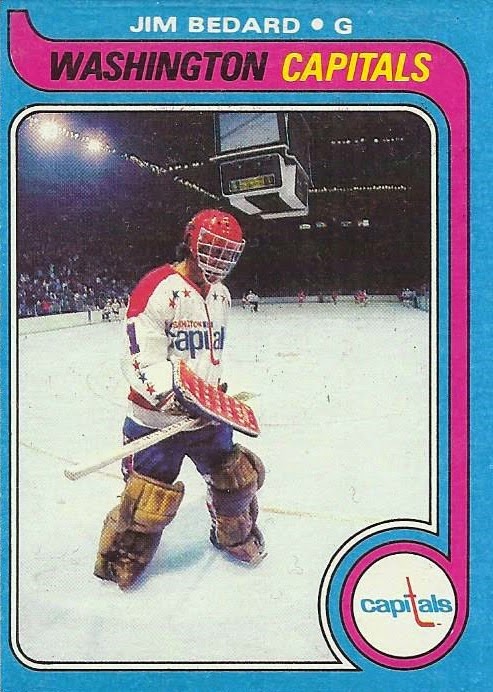 Now here's a nice photo from the famous 79-80 release. It is a nice photo that really emphasizes the size of the rink in comparison to the goaltender. This would have been a nice thing to have seen in other arenas, but for a Topps/OPC release around this time, you were pretty much limited to photos snapped during Washington Capitals games. 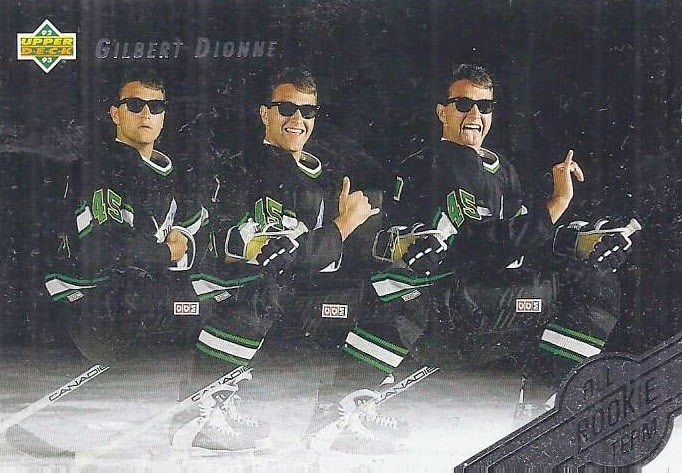 This was a Top 10 most wanted card for a bit, and I finally added it over the Black Friday weekend. A multi image of Kitchener Rangers alumni, and Marcel Dionne's brother in Gilbert Dionne. 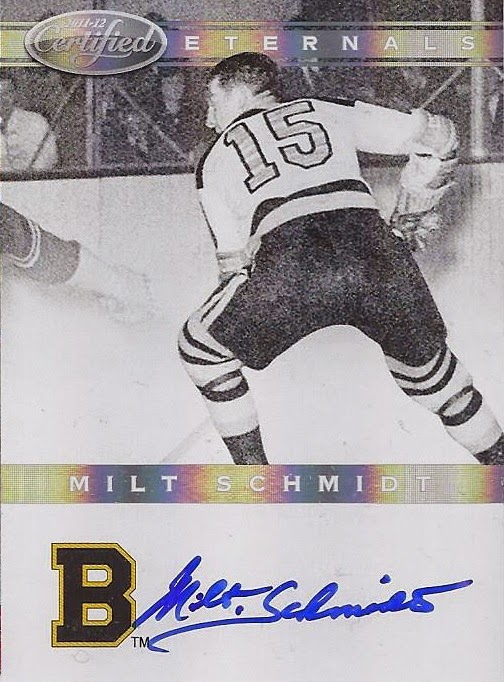 And from a Kitchener Rangers alum to an alum of the city itself, wrapping this post up with a Milt Schhmidt autograph. He was part of the Kraut Line in Boston, teaming with fellow Kitchener residents Woody Dumart and Bobby Bauer. I'd been looking to add one of Milt's autos for a bit, and finally took advantage when this one showed up at a reasonable price. And for someone that was in his 90s at the time of this auto, the penmanship is still beautiful.

And that's it for the hockey in that box. Go Sens Go!
Posted by buckstorecards at 14:48