Courtesy of yet another envelope from Dennis @ TMM. 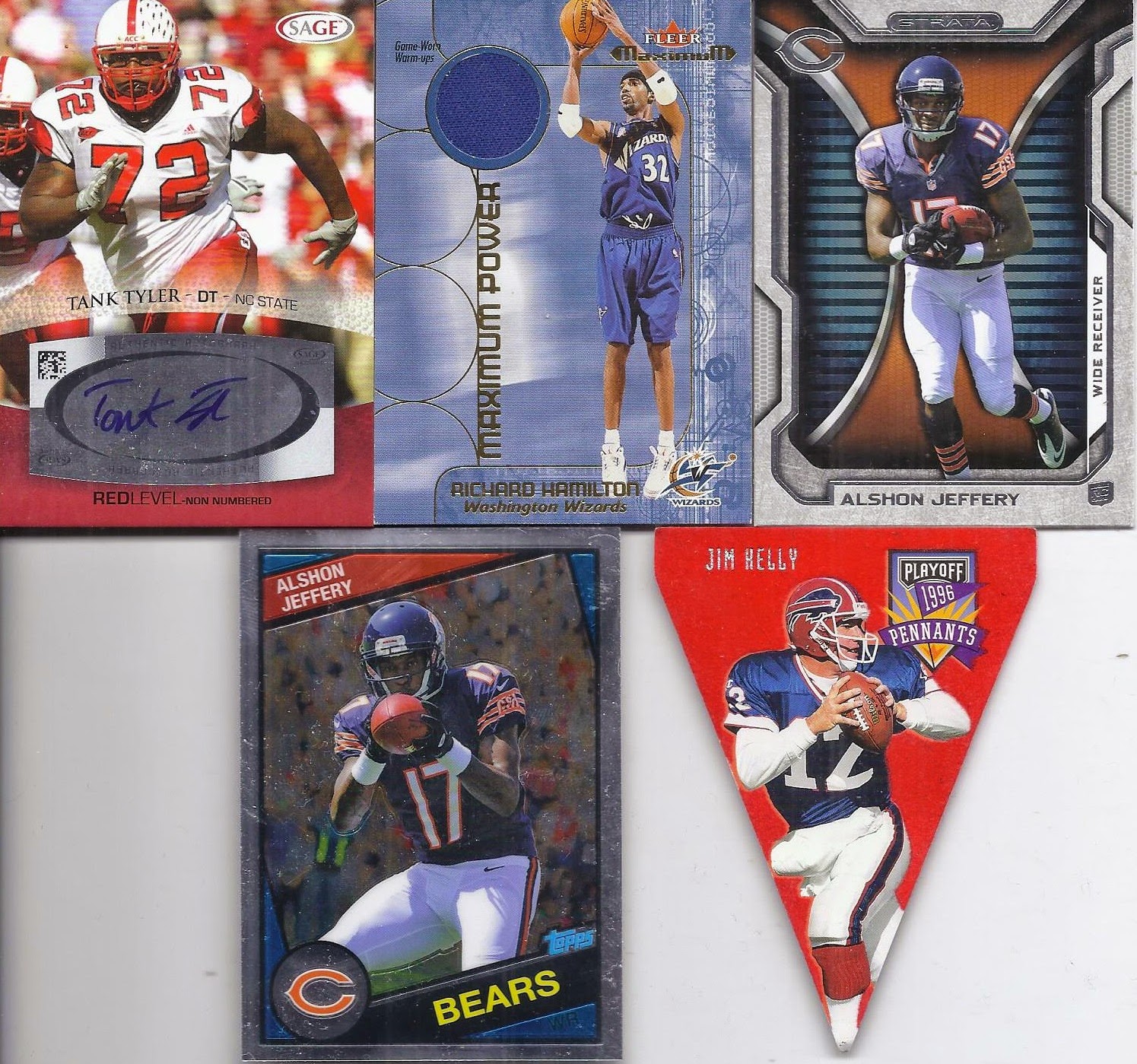 I'm now at the 1005 mark with cards in the set. Richard Hamilton and Jim Kelly extend their leads in their respective sports, with 39 and 46 respectively. Alshon Jeffrey closes in on the quarterback glut leading the football portion, as I now has 21 cards of his. And Tank Tyler only has 4 cards, but how can I not love cards of a guy named Tank? 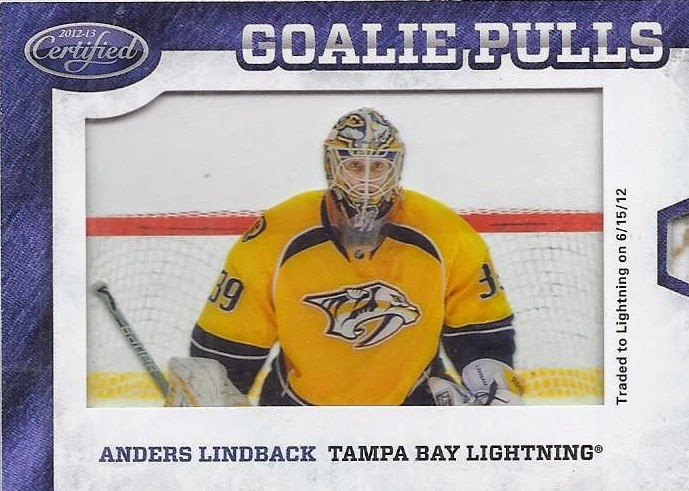 Goalie Pulls might be a silly gimmick, since it really is named after something that a goalie doesn't want happening, but I still love adding these to my masks collection. 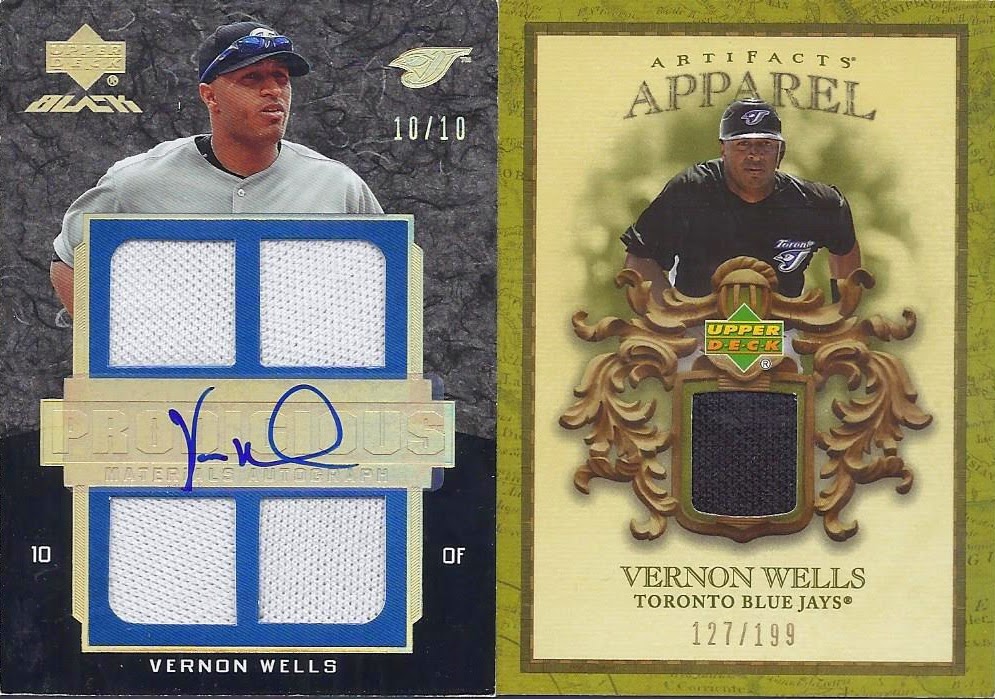 Vernon Wells' career has drawn to a close, but that doesn't mean I'll stop welcoming his hits to my Jays collection. The first one is numbered absurdly low (10/10) for all of the swatches to be plain white ones, but any Jays hit is a nice one. 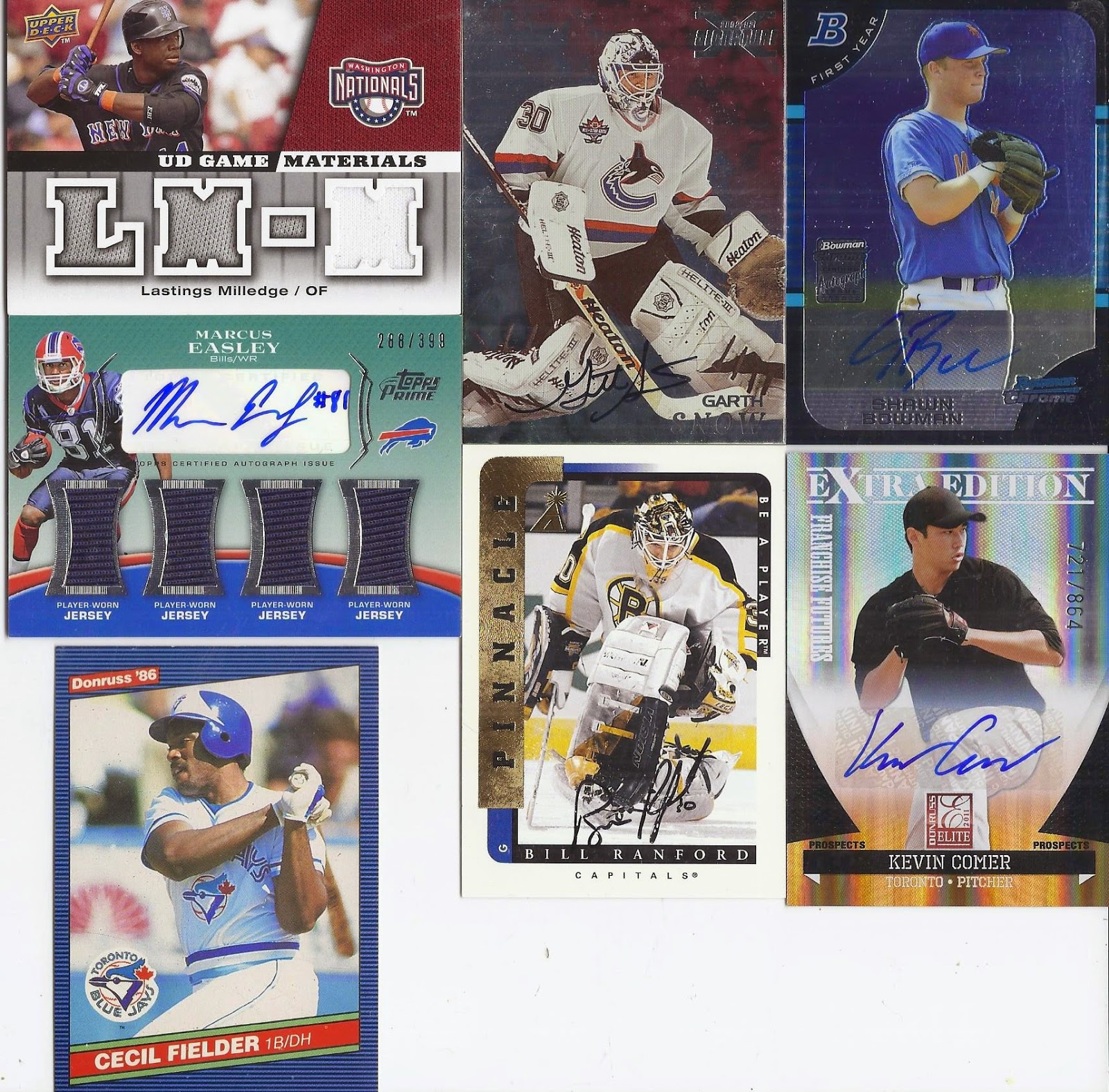 And to wrap things up, so I can get to the Raptors game, here's a little bit of everything. Early Cecil. A jays prospect graph (although he's now in the Astros system), a Mets prospect graph, and one that could also go in my CanCon collection, as Shawn was originally from British Columbia. Two masks for my pre-lockout hits collection. A Bills hit and finally yet another card where Lastings Milledge is pictured as a Met, but listed as a National. Considering he still had base cards in 2009 where that happened, I'll be happy that this was only a 2009 release.

And there you have it. Another envelope, and another reason to hunt out some Wolverines alum at the Expo next week(end).
Posted by buckstorecards at 16:51