Yet another non-repack blaster that I picked up from Target during their liquidation process. This is of 2014-15 Artifacts and the last non-repack product I have to post from there. I got this for 40 percent of the cost of a regular blaster, meaning it was 15 bucks or so.

The interesting thing about these is finding out which player, who doesn't make many appearances in many sets, shows up in this one. Last season, it was Harold Snespts. And this year... 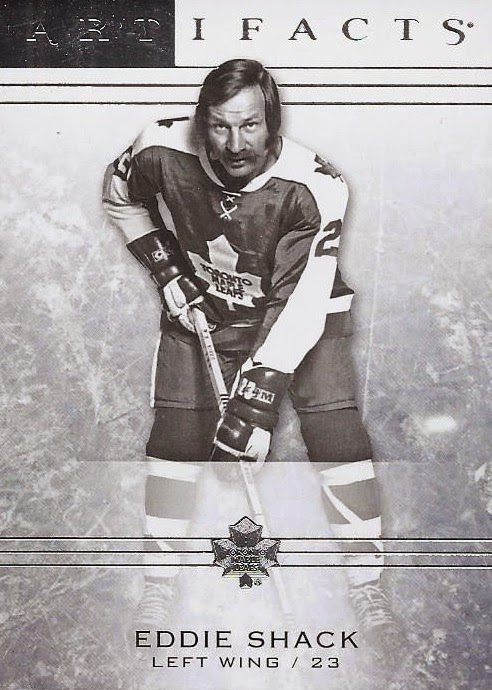 Eddie Shack! He showed up in the high numbers 2008-09 OPC, but hadn't been seen since. Nice that the photo used was both black-and-white and mustache-intensive. Eddie is no Lanny McDonald, but it is nice to see him on a card with facial hair. Since every other card at COMC has him clean-shaven, this is a really cool photo from a mid-range set that you would not expect. 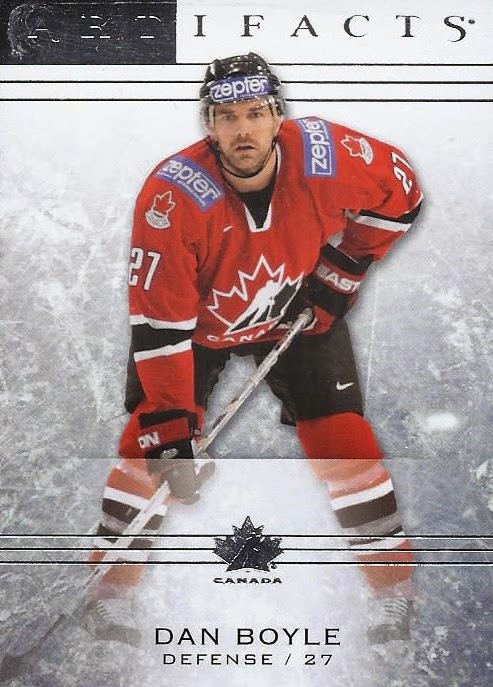 And another interesting photo here, with Dan Boyle and an advertisement for a company I'd never heard of before seeing the photo. Thanks to wiki, now I know what zepter is. Cookware, cosmetics and light therapy medical devices. Three product lines that seem to go together perfectly.

And of course, some Senators would show up. I pulled all 3 cards from the low number base, but Dominek Hasek can be found in the /999 goaltenders portion of the set. 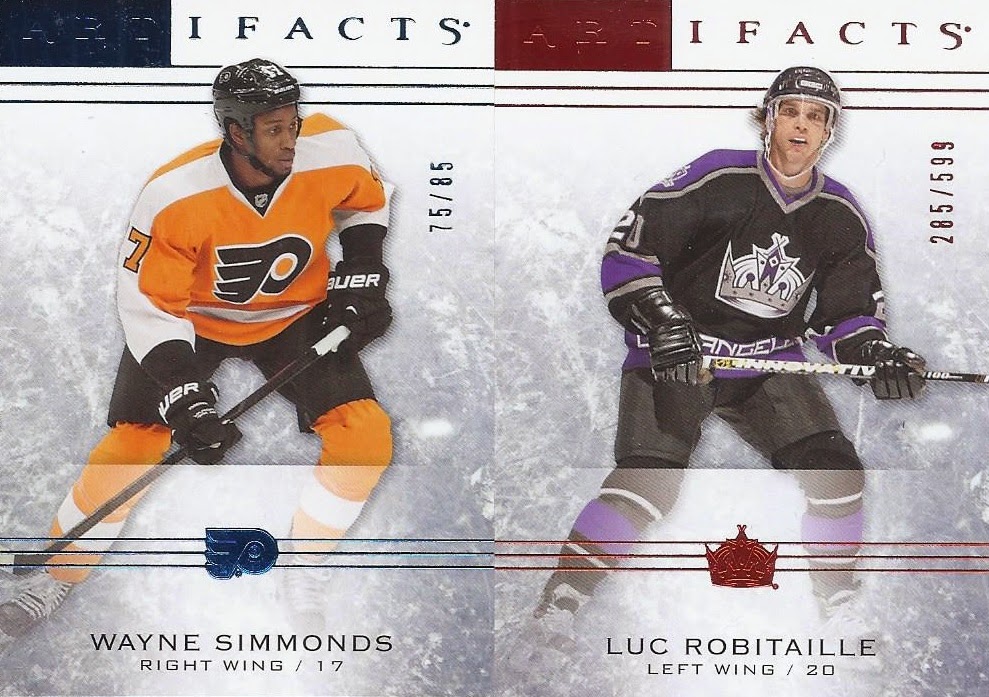 I did find a pair of numbered parallels in the packs. When ripping retail, that's a plus. 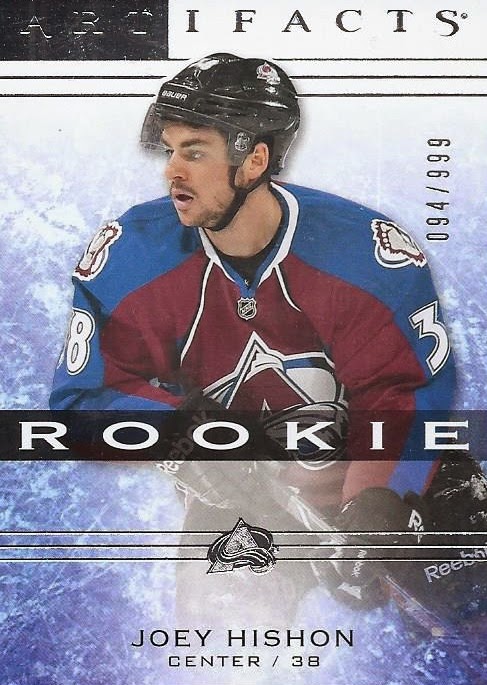 And I also got one of the /999 rookie cards. Hishon was a first round pick of the Avs, and he made his debut in the 13-14 playoffs. He played a handful of games this season, and notched his first NHL goal. Decent enough pull. 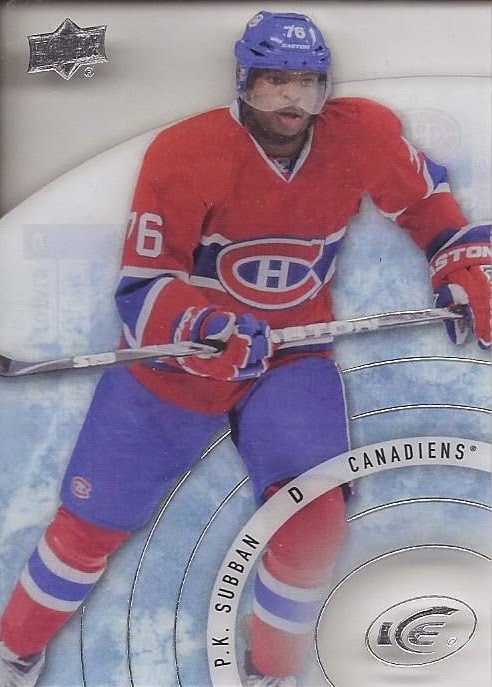 The Target repacks promised a preview card from the upcoming Ice release. Out of the 6, I could have pulled Crosby, Bernier, Rask, Lundqvist or Toews as well as the Subban. Not exactly the one I'm happiest to see after the Sens elimination from the playoffs. 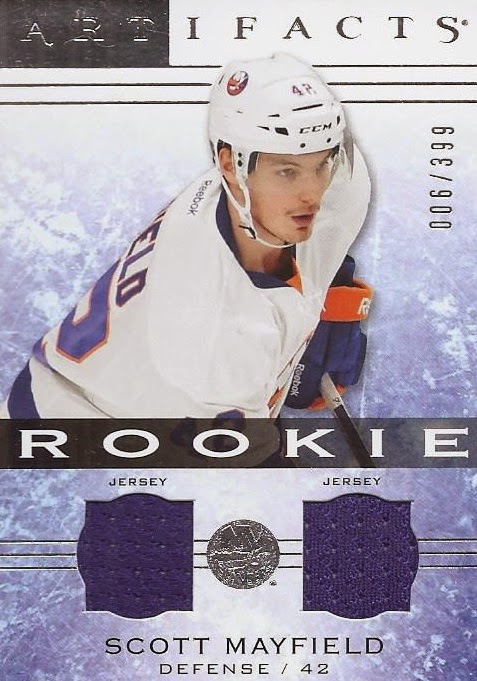 And a hit. Scott saw 5 games worth of NHL action in 13-14. He spent most of this past season in the AHL, but saw action in a pair of playoff games.

Along with some more base cards, that's the contents of this blaster. And now I've got nothing but repacks left in my to-post-from-Target pile.
Posted by buckstorecards at 13:13