To my slight dismay, the design of the 15 card repack at Dollarama has changed again. It had been a folded cardboard top over a plastic container that would double as a team bag. Instead of that, it is now all one plastic thing that tears open. So, I've lost an easy source for small card holders.

They still have 15 cards with 2 visible, but what are the contents like? 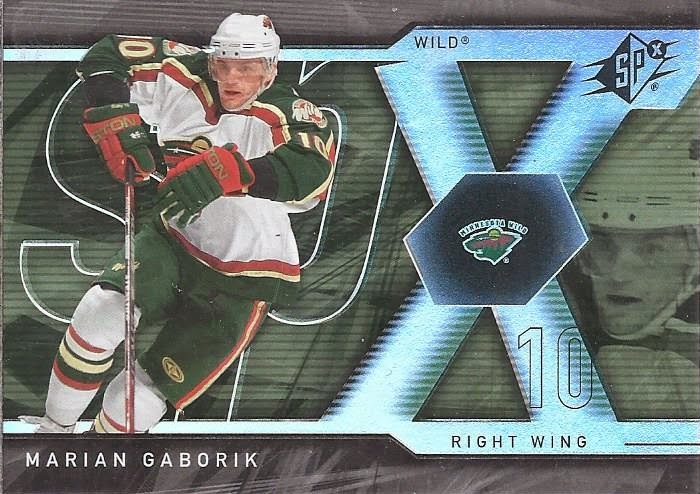 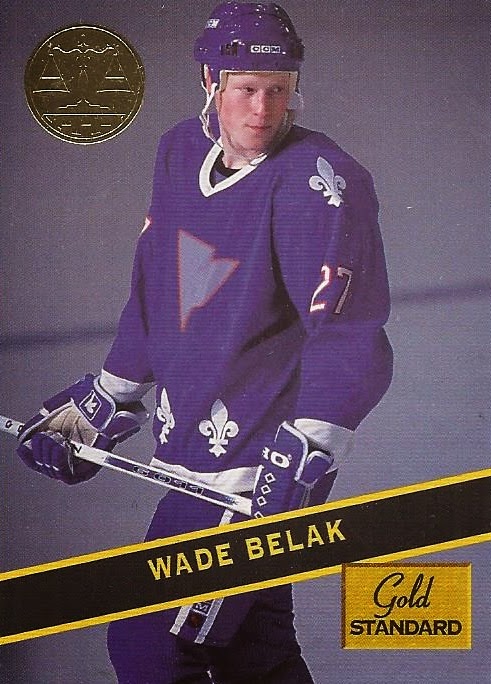 1994 Signature Rookies - Wade Belak - I knew the late Wade Belak started with the Avs, but had no idea he had ties to the Nordiques. Apparently the Nords logo can't be used on an unlicensed card, but the fleur de lis can.
1994 Premier - Bill Guerin
1994 Parkhurst - Oleg Petrov 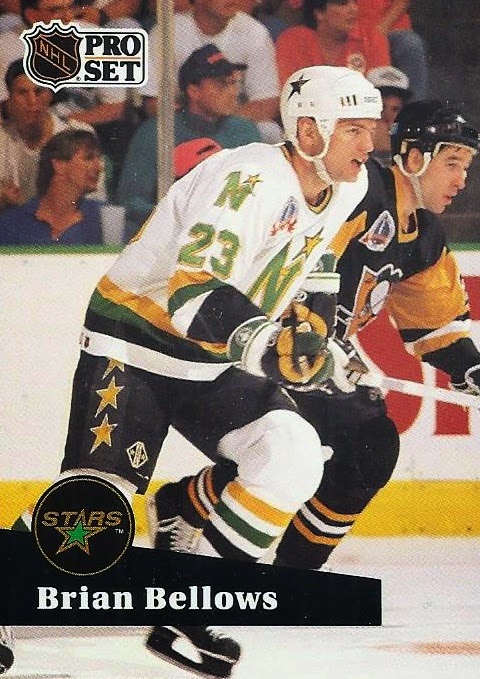 1991 Pro Set French - Brian Bellows - While I'm sure I have the English one of these in my Rangers alum collection, I'm not too sure about the Franch one. 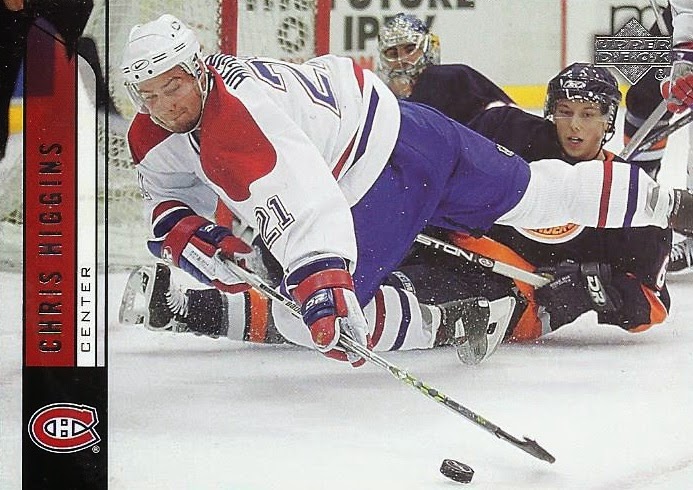 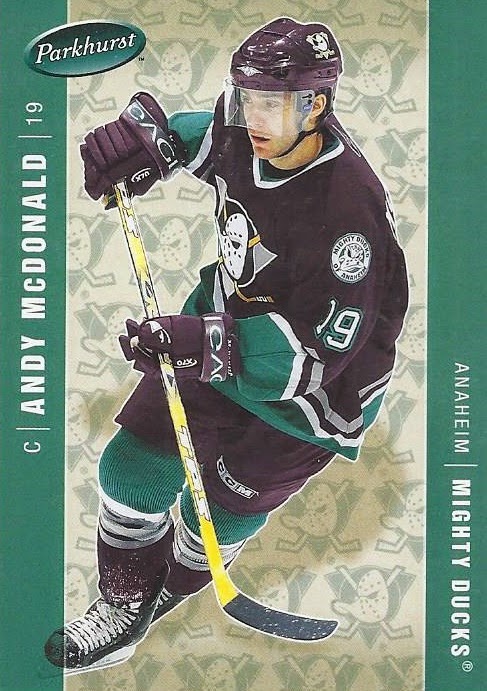 2005 Parkhurst - Andy McDonald - Just based on the background, this is a perfect card for any Ducks fan. Unfortunately, I just sent one off.
1991 UD - Patrick LeBeau
1990 Score - Steve Smith 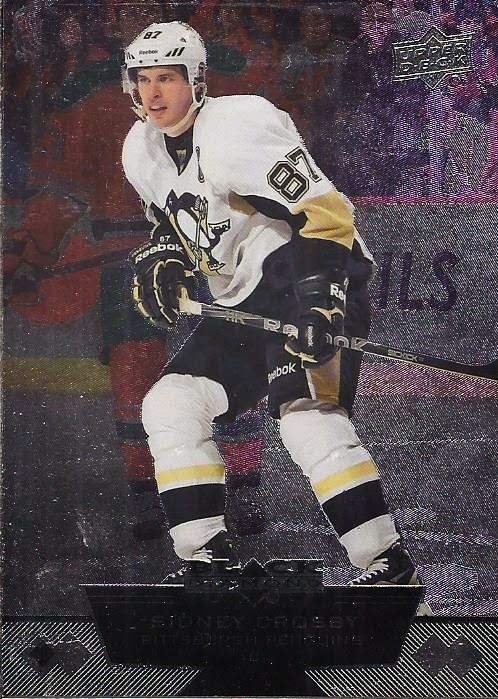 2012 Black Diamond - Sidney Crosby - Can't go wrong with Crosby as a visible card to end it.

So, much the same as there was before.
Posted by buckstorecards at 13:10