There was a group break over at Battlin' Bucs that featured a nice collection of product from the 90s and early 00s. I figured that this would be a great chance to expand the Expos binder. And I did well, and pulled about 80 cards the binder, and only about 5 cards were dupes from the binder already.

That's way too many cards to show in just one post, but I will still hit some of my favourites in the bunch. 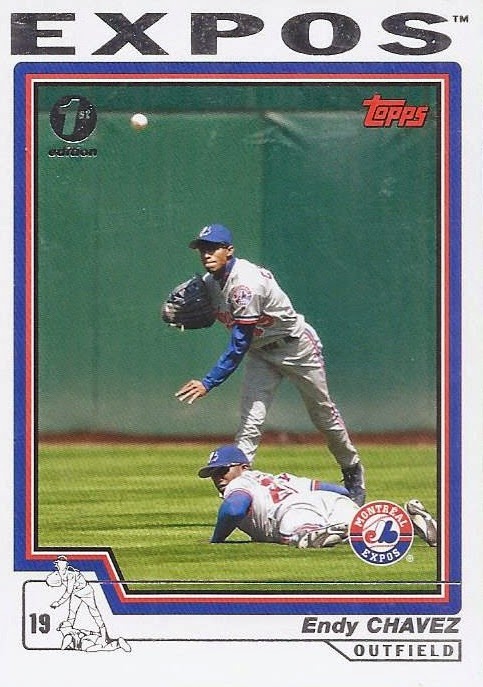 I don't think ther are too many photos with the player taking up such a small percentage of the photo that are as interesting as this. But that's mainly for the player flat on the grass in from of Endy. I'm hoping that's because he missed a diving play as opposed to a commentary on Endy's accuracy. 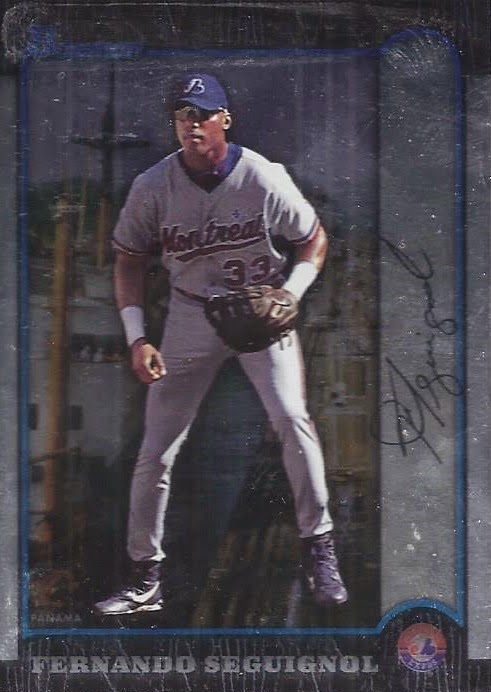 Before the Panama Canal got its on card years later in Allen & Ginter, it appears on the background of this Bowman International parallel. 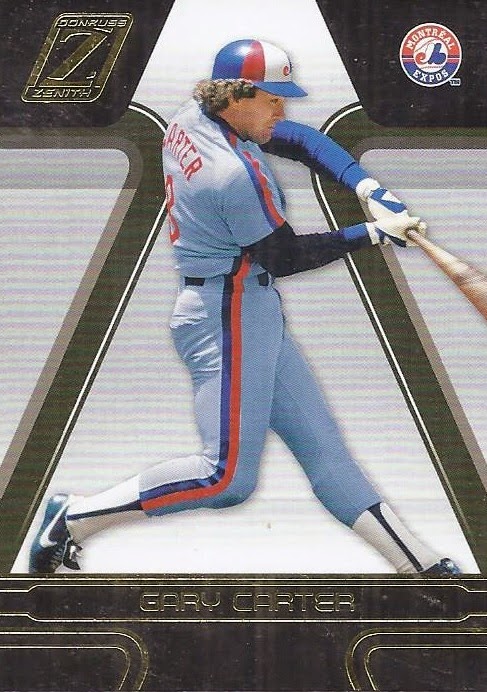 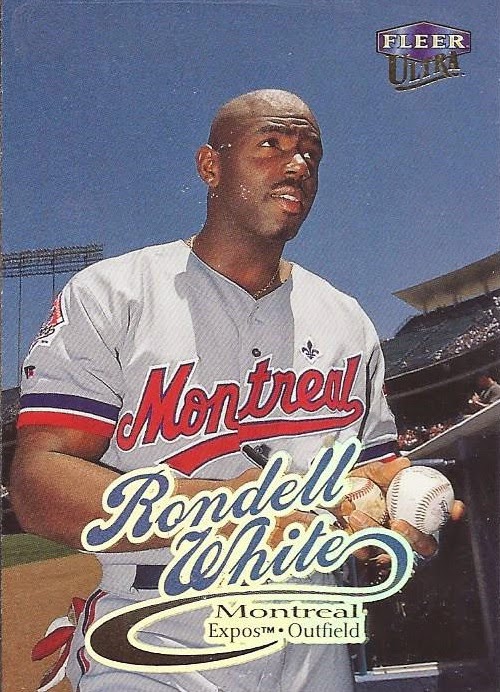 Runner-up for best photo was this photo of Rondell White signing autographs on this Ultra release. It probably would have taken top spot if the name hadn't obscured the pen. 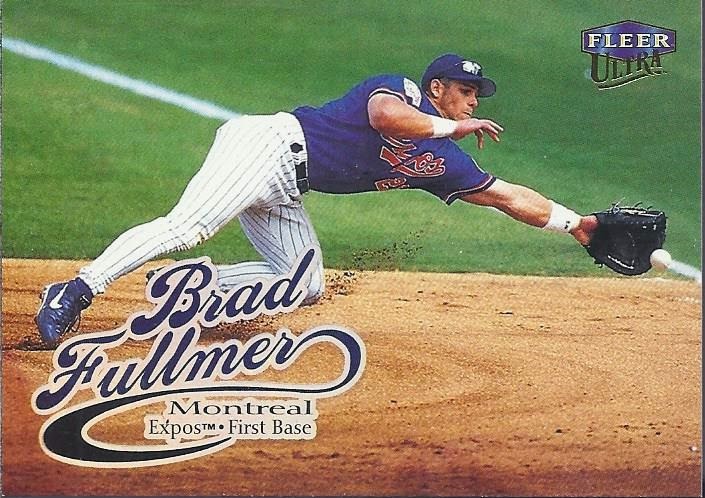 And the top photo of the Expos portion of the break goes to a great diving photo on Brad Fullmer. Perfect timing, as the ball is just an inch or two away from his glove. 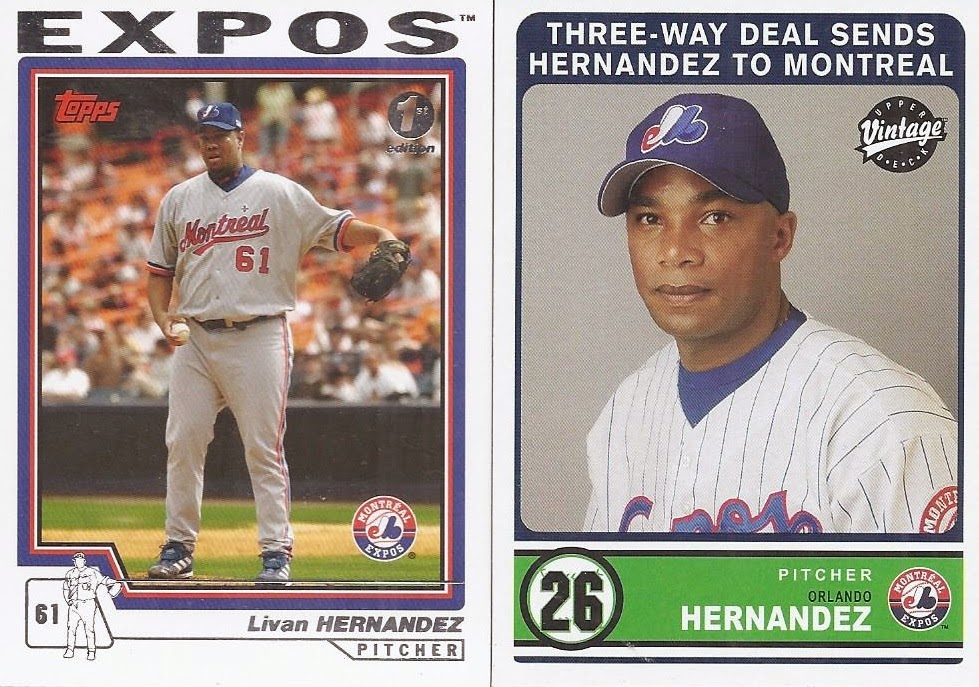 Also some interesting combinations in this, as I ended up with several cards of the Hernandez half-brothers. 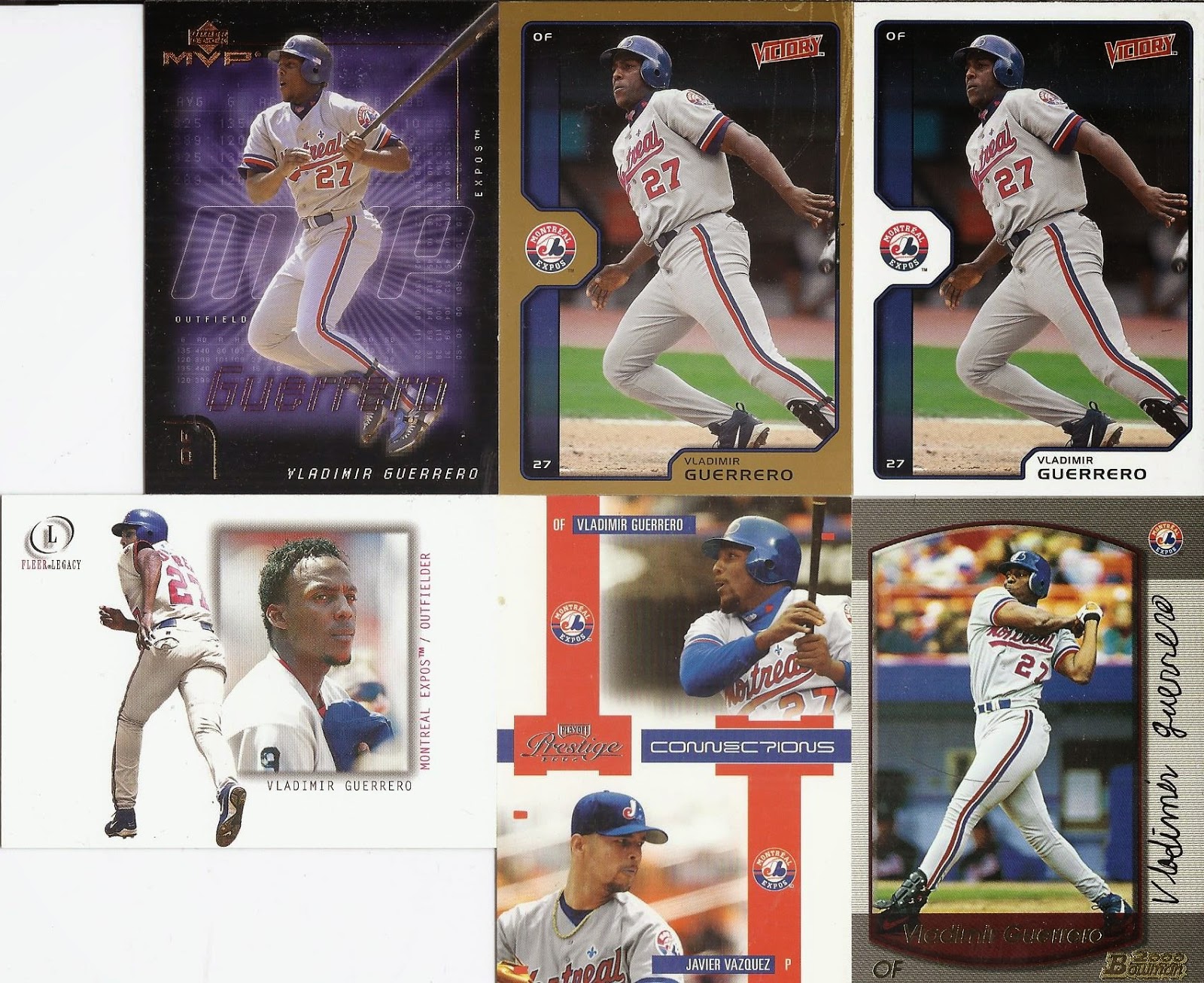 Naturally, I get a nice grouping of cards for my Vlad collection. Despite it not being in good shape, I'm happiest about that gold parallel out of Victory. But, since my Vlad binder is quite filled with Expos content, I'll be adding these 5 1/2 to the Expos collection. 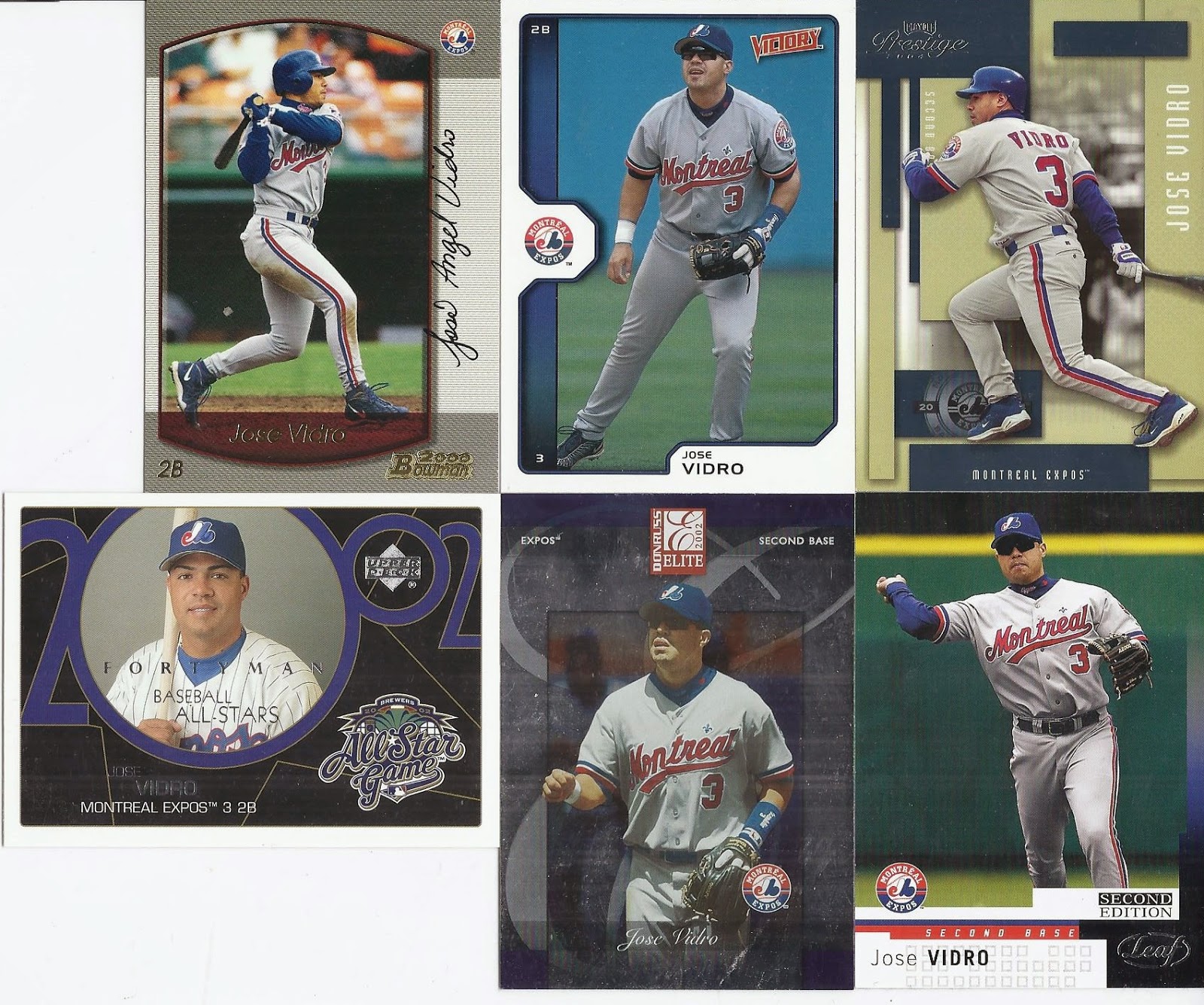 But the big winner was Jose Vidro portion of the break, adding an even 6 new cards of his to my collection.

But wait, there's more. I sent a few cards down as doing my part to cover shipping costs to Canada. There were some more cards my other varied collections that were in the box. I'll be posting the highlights of those tomorrow.
Posted by buckstorecards at 10:49