Top 10 cards picked up at a show this morning

The trip to the local show was twofold. Score a few cards for me, and help out stateside collectors with their hockey needs in trades. I did some set building of my own, and even knocked a couple cards off my personal wantlist. Some of the cards on this list cost me as little as 5 cents, but one went for $5.00. However, only one other card did go for a $1.00, so I left with a nice stack of cards, and barely had to break the $20.00 I brought with me.

I'll go from the least expensive to the most. I'll let you, dear reader, determine the cost of the 7 other cards. 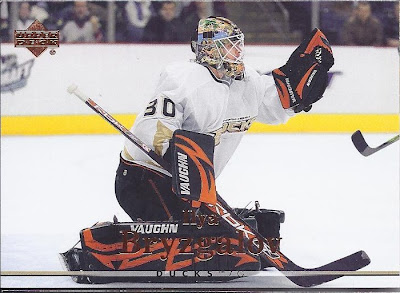 2007-08 Upper Deck #71 - Ilya Bryzgalov. For the ol' mask binder. Ilya has Daffy Duck, relaxing on a beach on the side of his mask. For the same reason I love Mike Smith's and Patrick Lalime's masks. 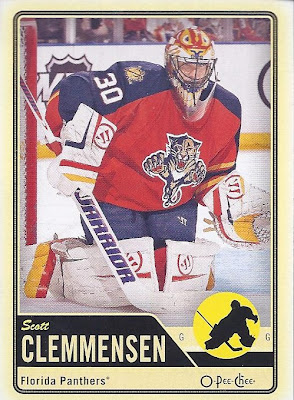 2012-13 OPC Scott Clemmensen. Again, it's for the mask binder. A little more cartoonish version of the John Vanbiesbrouck mask, minus any of the bigotry towards his players. 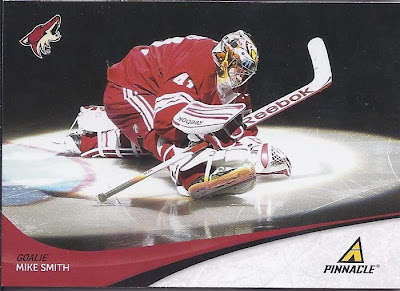 2012-13 Pinnacle Mike Smith. I was surprised this one wasn't in my binder already. Had to pick it up, though! 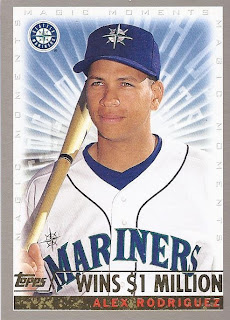 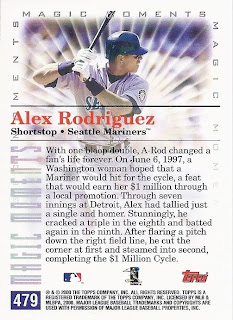 2000 Topps Base Set #479d-1Mil Alex Rodriguez Seeing this one from the front puzzled me at first. I was wondering why a million dollar contract would be worthy of mentioning on a card, especially in 2000. A flip of the card revealed all, and made the card a must buy. I remember going to see the Mets play in Montreal, and Eric Valent hit for the cycle in that game (Baseball trivia: The Quebec term for the cycle is 'carousel'). WFAN had a promotion where you'd win a Lexus if that happened, but if you picked the player you'd win 1 million. Sadly, the contestant bet on Mike Cameron to accomplish the feat. I admit that looking at the roster that day, I probably would have done the same thing. 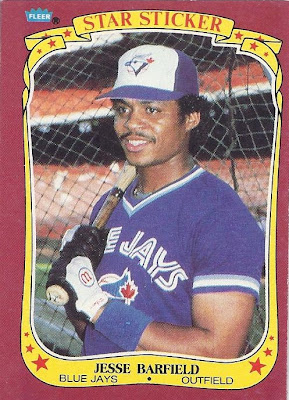 1986 Fleer Star Stickers #2 Jesse Barfield You can't go wrong with a sticker! Especially of a beloved Toronto Blue Jay. A sticker that will forever remain unstuck. 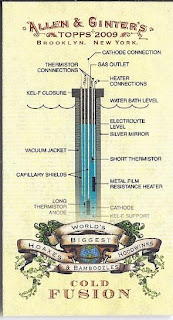 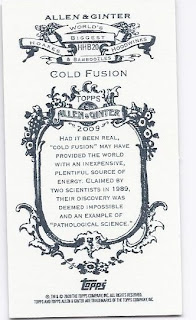 2009 Topps Allen and Ginter Mini World's Biggest Hoaxes #HHB20 - Cold Fusion. This is one to salute my love of MST3K, as Pons and Fleischmann made a couple appearances in riffs, most notably during one of the rather questionable laboratory scenes in Wild World of Batwoman. Plus, it can keep some of the Robert Smith cards in my binders company. Again, it is because of MST3K. 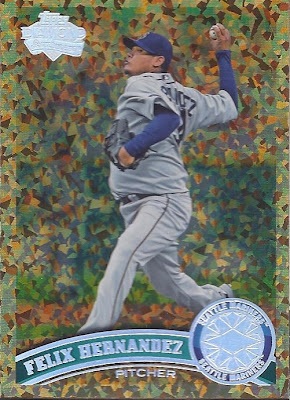 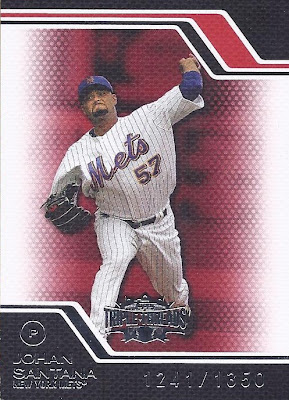 2008 Topps Triple Threads #29 - Johan Santana/1350 A Johan Santana card, limited to only 1350, for less than the cost of a pack of gum? Yes, please! I also picked up a Jose Reyes Triple Threads /525 from the same year, but seeing how one is still a Met, and one isn't, this one moved into the top 10 at the expense of the other. 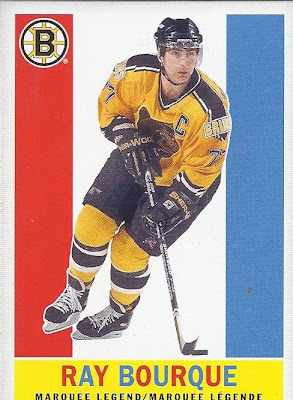 I was a Bruins fan before I moved to Ottawa, and switched my favourite team loyalties to the Sens. I was enough of a Boston fan that I actually owned one of these jerseys. I still do, actually. I bought it when they first started wearing them, convinced that it wouldn't last more than a couple of games. It lasted the longest of any team to debut a 3rd jersey that season. Still in great shape for a 15 year old garment. Sure, they probably belong in another uniforms of the damned post, but they'll have a special place in my heart. This is one of 2 cards that actually cost me a dollar or more. 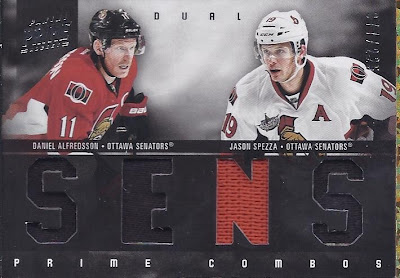 2011-12 Panini Prime Combos Jerseys #2 Daniel Alfredsson/Jason Spezza. Yes! Come to my Senators-loving home! I've got relics of both players, but really couldn't resist. Probably two of the players you're most likely to think of when you think of the Senators, and it will probably stay that way for quite the while.


Posted by buckstorecards at 13:56