Taking a short break from the Expo goodies to show what I grabbed in the October break. Actually, since the package arrived at my place the same day I was at the Expo, it is still connected to that day. I started off with the just the Mets, but as the price fell for some other teams, I also grabbed the Rays and Jays.

In the break was a box of 2012 Topps Triple Threads, 2001 Playoff Absolute Memorabilia and 2002 Fleer Greats of the Game.

Not much for the Rays. I was hoping for something nice and David Price-related. Alas, this was all I picked up.

The McGriffs are a nice consolation. How about the Jays? 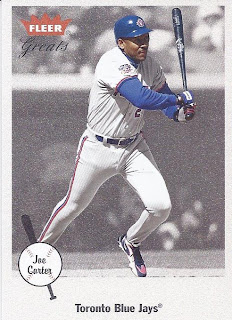 Nice. But why would you want to showcase that era for the Jays? I don't expect every post-career Carter to feature him bounding around the bases. But could you at least showcase Joe from the years he's most remembered in Toronto for? 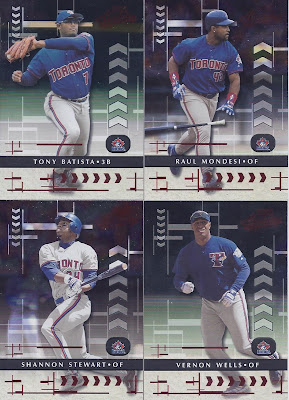 Surprisingly, I think the Mondesi might be my favourite of these four.

Now, onto the Mets. 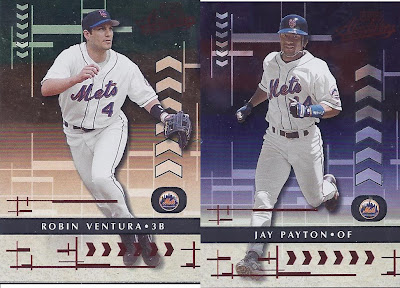 The Ventura isn't bad. Still, nothing notable here. What did the Fleer cards bring? 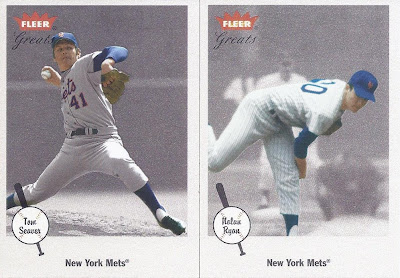 Ah some Seaver. Sweet. But finally, the last card of the break that I picked up. 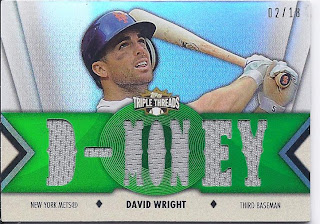 Yes! That is just a beautiful card of a great Met. And a perfect segue into the November break where the very first pack opened also yielded a great Wright relic. I think I like the newer one more because it has a pinstripe, but I will offer no complaints at all about this one.

Posted by buckstorecards at 13:24