I came to this one too late to pick some of my usual teams - the Jays and Mets. As the break got closer, and the entry fee went on sale, I decided to go for it. The Diamondbacks did have a World Series victory in there, and some interesting line-ups in the era of boxes featured, so I picked them and hoped for the best. 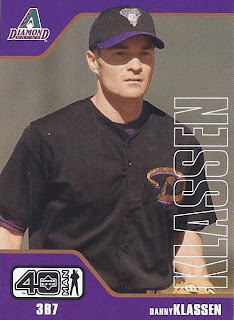 Nice to pick up a Canadian player in the break. Danny Klassen, the pride of Leamington, Ontario. Also, a rookie card of an unemployed closer. 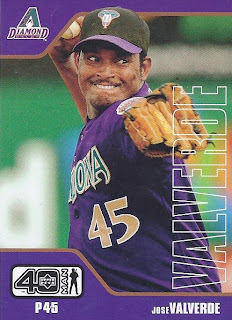 I picked up a couple cards with a shiny feel to them. 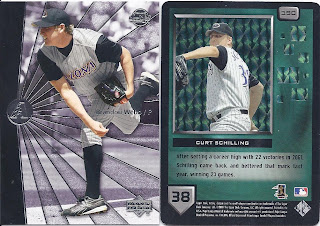 Of course, when you think Diamondbacks from 99-07, there were a couple folks you're going to see lots of cards of. Luis Gonzalez. 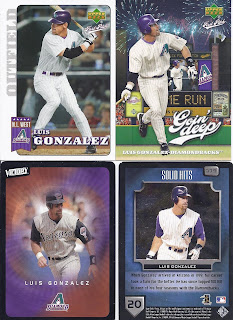 I really like that Goin' Deep insert. Another player you'd see a lot of is Randy Johnson. 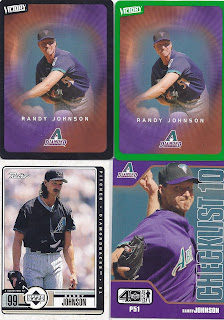 I'd completely forgotten about that style of Dbacks hat from the 40-man card. And it was Randy that brought me my only hit of the draft. 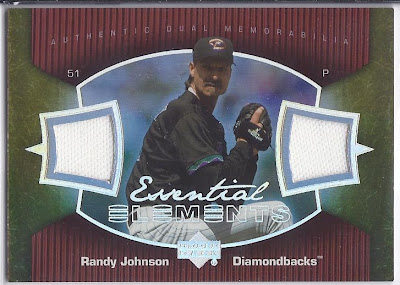 Nice. And it looks like even the slightest hint of a pinstripe on the card. A great card and a great break. I'll have to check in on the draft earlier next time to see if I get something closer to my team, but I guess sometimes it pays to take a risk.
Posted by buckstorecards at 17:30