O No!!! A tradebait closeout!

For a wee bit of cash, and a handful of random Orioles cards I pulled out of a 3 for a dollar bin at a card show, I picked up a nice little 5-pack of interesting cards. Let's have a look: 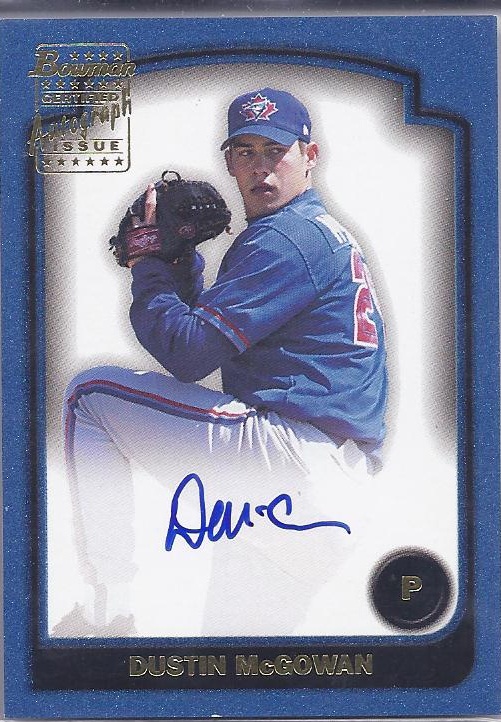 A Dustin McGowan autograph. He's kinda been a guilty pleasure of mine from his time with Toronto. He's decent enough when he's healthy. Unfortunately, for the past several seasons, he hasn't been, and has only had brief moments in the bigs. 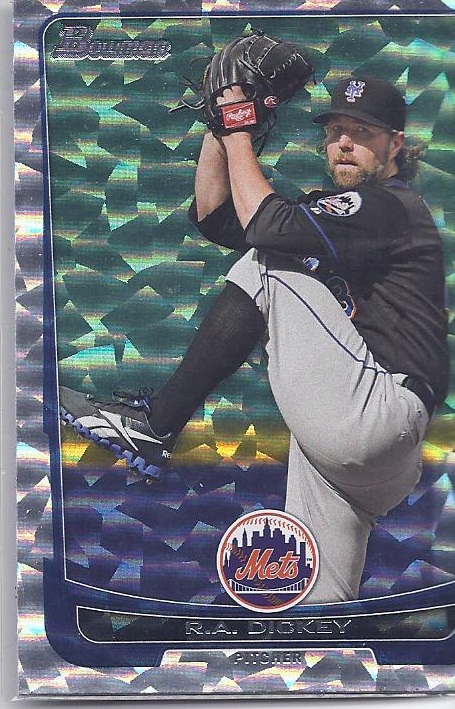 Shiny! The card isn't as off-centered as my crappy scan makes it seem. 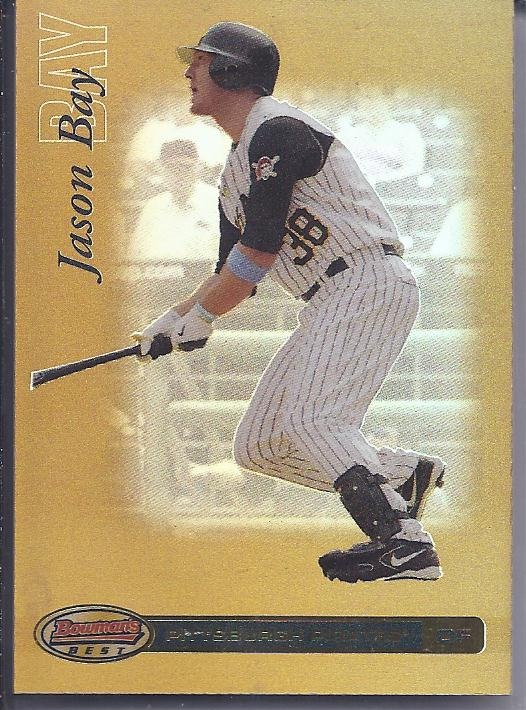 Another guilty pleasure player of mine. /50 as well. I can't recall a player that has imploded so greatly in recent times. He still gave it all when he was with the Mets, but he just couldn't seem to do anything right. Before the trade, I thought Toronto might take a chance on him in order to try and market a Canadian trying to comeback. 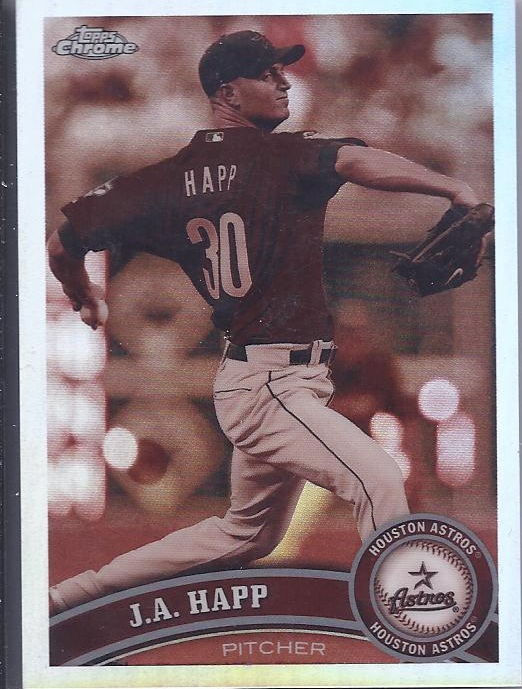 An /99 card for the guys who seems, as of now, to be the #5 starter in Toronto this year. But for me, the favourite card was: A Takashi Saito relic? Yup. It is the first relic card in the collection of cards of players that I share a Valentine's Day birthday with. Although I did add three more through the Black Friday sale at COMC today. Two football and a basketball.

Posted by buckstorecards at 16:57