Now, we get to the Carlos Delgado portion of the show. The best Delgado find came out of a quarter box, as opposed to the dime boxes I raided elsewhere. Worth a quarter as opposed to a dime? For me, it was, as it knocked one of the cards out of my Top 10 most wanted list. 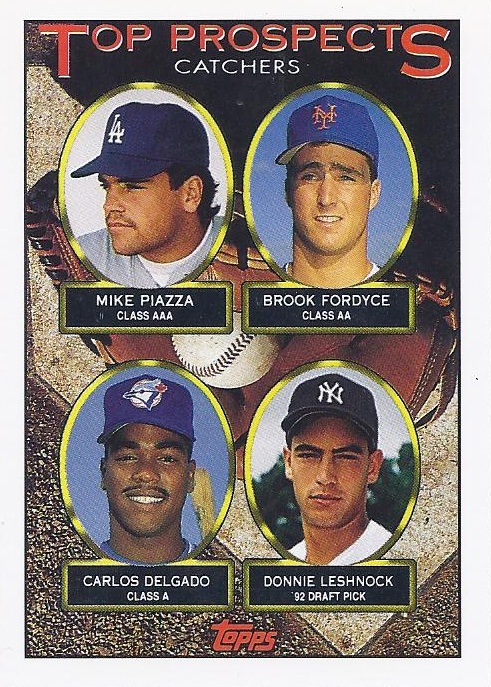 Delgado and Piazza on the same piece of cardboard. A top prospects card with two of my favourite players? Yes! Yes! A thousand times YES! As for the other two guys, Donnie never made the bigs, but Brook did jump around to 4 big league teams from the mid 90s through 2004. 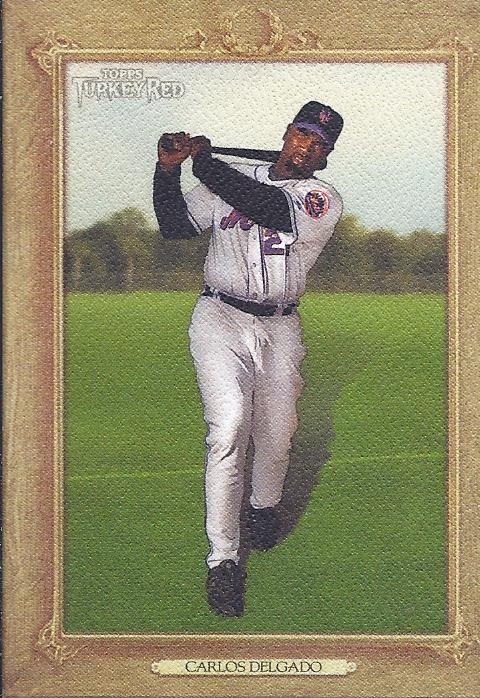 I guess it wasn't surprising in retrospect, but this was the only card of Delgado I picked up where he was in a Mets uniform. With the show being just outside Toronto, there were a lot of Blue Jays cards available featuring Carlos. I suppose I could have just grabbed a fistful out of the dime box and still left happy, but I did narrow the # of cards down as the searching went on. The hardest thing was deciding which ones to post here.

So, here's some artwork for the culturally inclined. 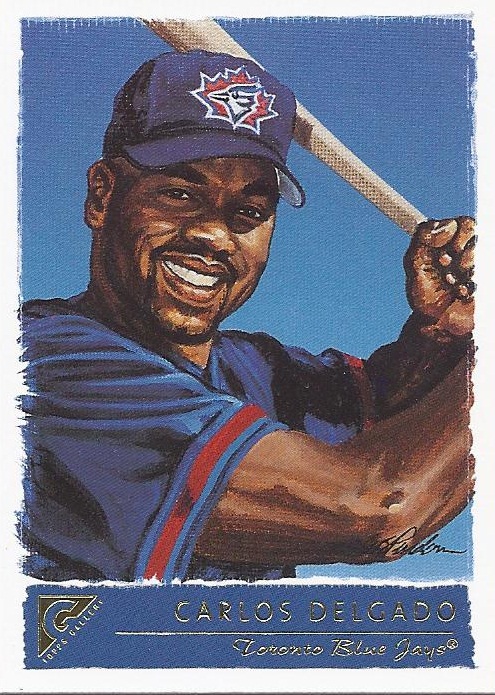 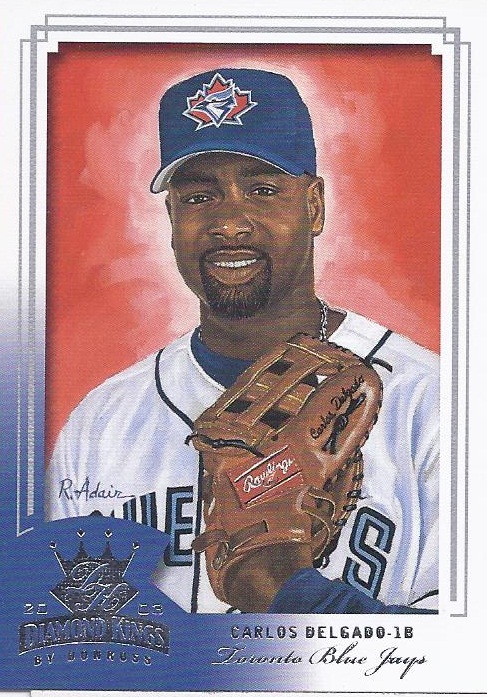 Maybe another card of Delgado when he was still considered a catcher? 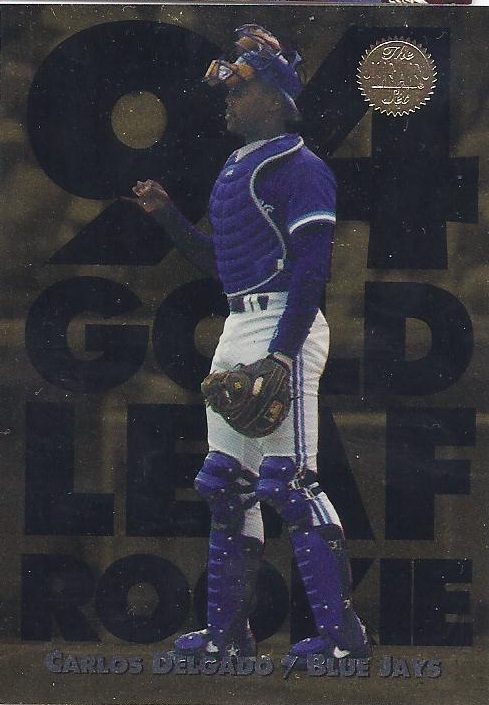 But I think this one was my favourite solo-Delgado card of the day. A classic pose with Dome in the background. 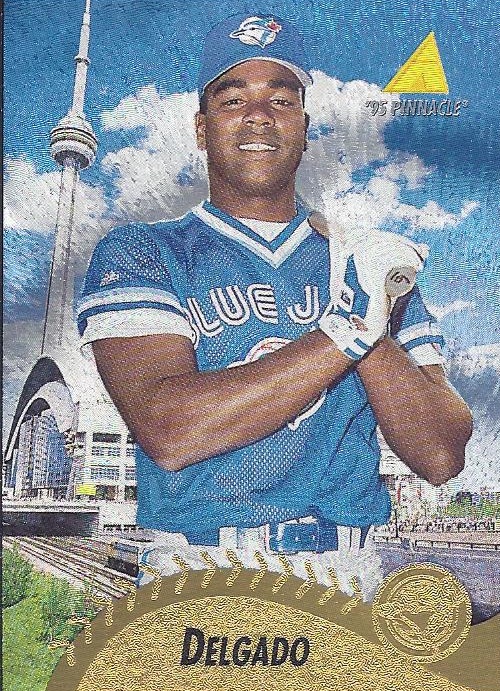