Since it is Tom Seaver's birthday today, and he finished second only to Carlos Delgado in the number of single cards I purchased of a specific player at the Expo, I figured today would be a suitable day to showcase his cards.

I'll open with an oddball. I had no idea what set this one came from. I had to take to COMC to find out that it came from the "2010 Topps Legends Platinum Chrome Wal Mart Cereal" set. There's a mouthful and a half. A little too much border for my taste, but it is still a nice card: 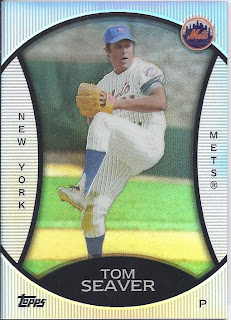 That wasn't the only food-related Seaver card I picked up. In fact, it wasn't even the only cereal card of Seaver I got. I grabbed this Sportflics card from the 1992 Frosted Flakes set. 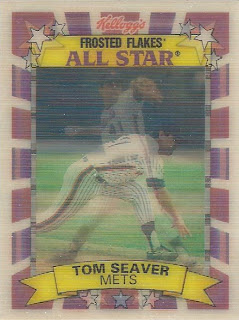 If you want something a smidgen more nutritious to eat, how about a Quaker Chewy Granola Bars Seaver from his White Sox. 1986 is the date on the back of the card. 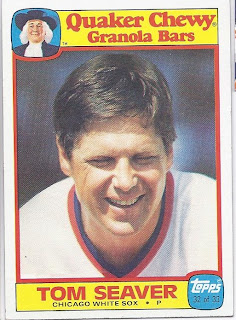 Speaking of the back, it is just a smidgen off-center. 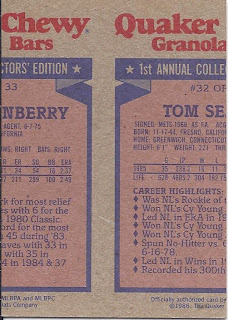 Of course, I had to pick up the Seaver Diamond King, even though it was from his Reds days. 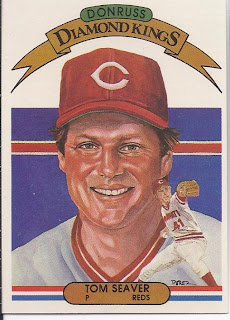 The rest were all Mets cards. Such as this 2002 UD Heroes of Baseball: 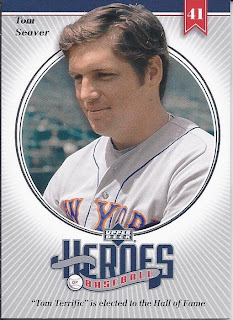 I'm not the biggest fan of Action packed cards. It's a storage thing. However, I couldn't turn down a dime's worth of a Tom Seaver. 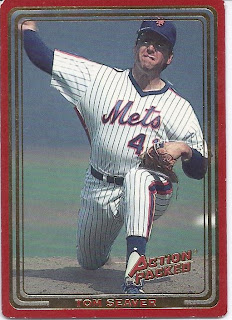 The next one did cost me a whopping 25 cent piece as opposed to the dime I had paid for everything else on the page. But it was nice and shiny, so that makes up for the 15 cents extra. 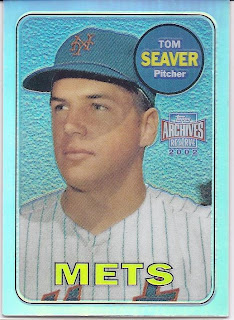 So, let's end this post with a Tip of the Cap to Tom Terrific, and an appropriately coloured card from 2002 Fleer Genuine. 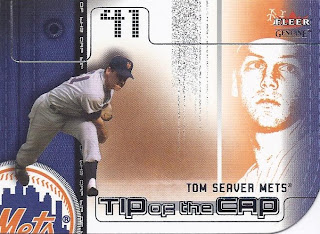