In one dime bin, I liberated about 40 or so Diamond Kings from the table. I really wasn't paying too much attention to them as I went through. Just doing a basic "I'm sure I have that one", "I know I don't have that one" and "Maybe? Ah, if I've got it, I'm only out a dime." I didn't end up with any doubles out of the deal, so that worked out just fine.

Interestingly, 8 of the DKs I picked up were Expos. I wasn't really trying for the lot of them, it just ended up that way, although it is totally appropriate for Expos cards to come from the Expo. I'm going through them in chronological order. 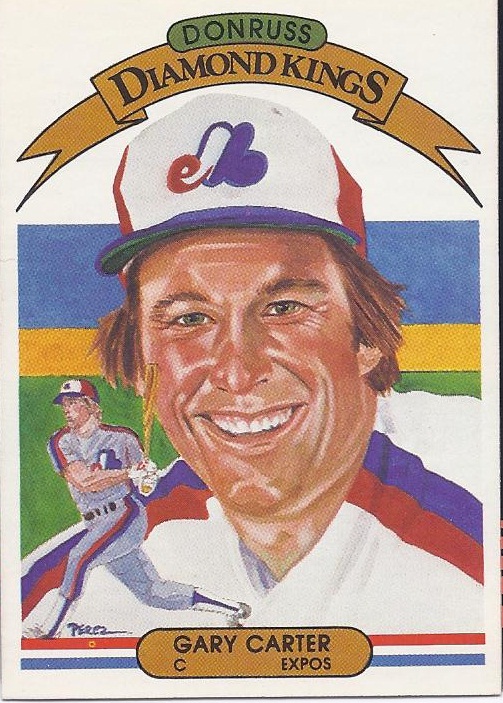 Despite his time and success with the Mets and my fandom of the team, I still think of Carter as an Expo. It is a shame it took until after his death, but Montreal has really re-embraced Carter. He'll soon have a street outside of Jarry Park, as well as a baseball field named after him in the city. Jarry isn't too far from the Metro in Montreal - so I'll have to make a short trip out there the next time I'm visiting the city. 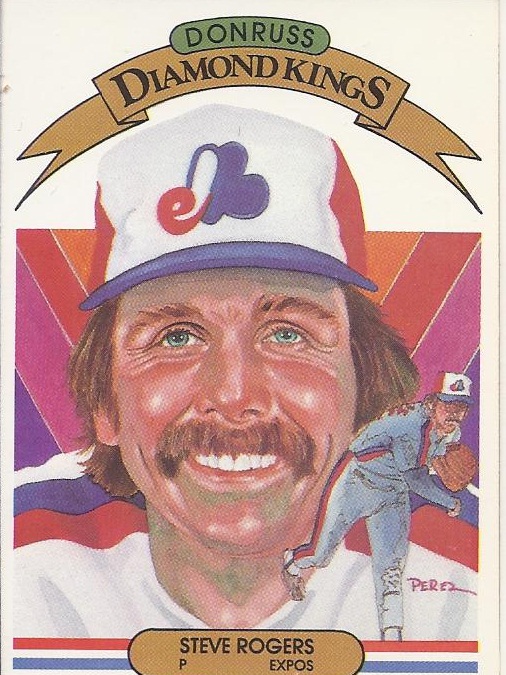 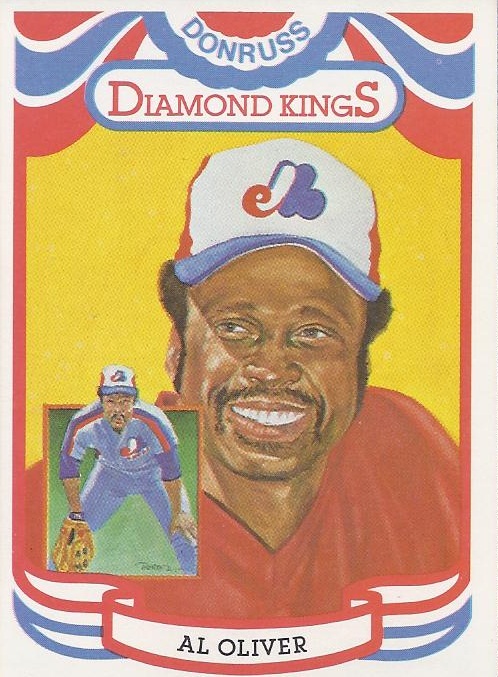 Al is one of 55 players to play for both Canadian teams in MLB. 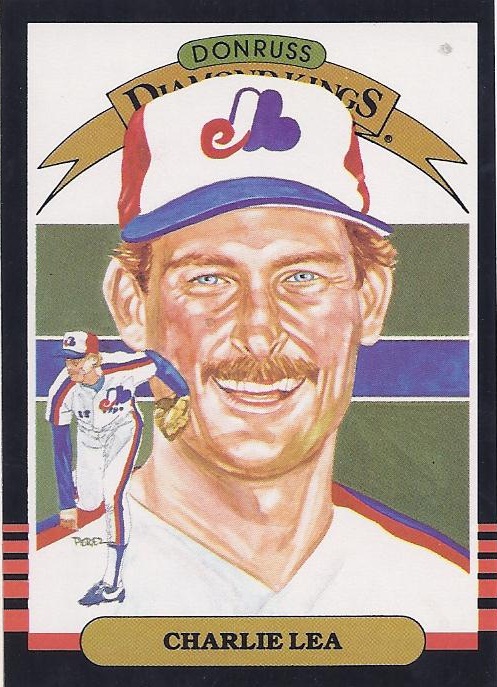 The second of two Expos Diamond Kings that I picked up that feature a player who has since passed away, having died one year ago yesterday. Lea was one of nine players in MLB history that were born in France. Either he or Bruce Bochy would be the best known of the bunch, although the latter would be better known for his work as a manager. 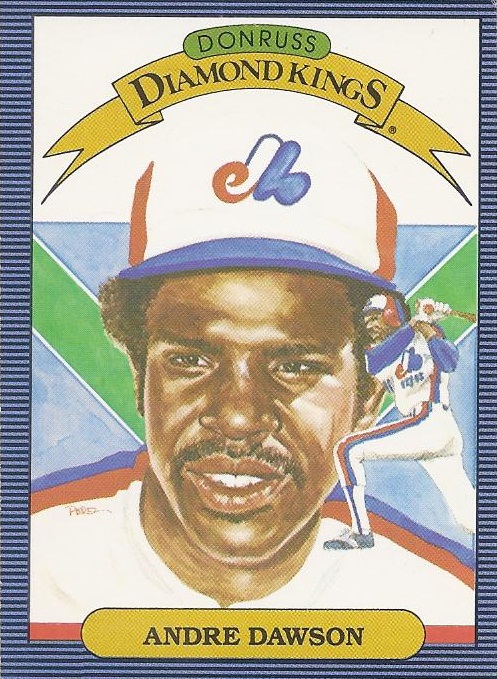 And the second Hall of Famer of the bunch.My only complaint about this one is that he wasn't wearing the blue jersey in either sketch, but that would have probably blended in too closely with the background. 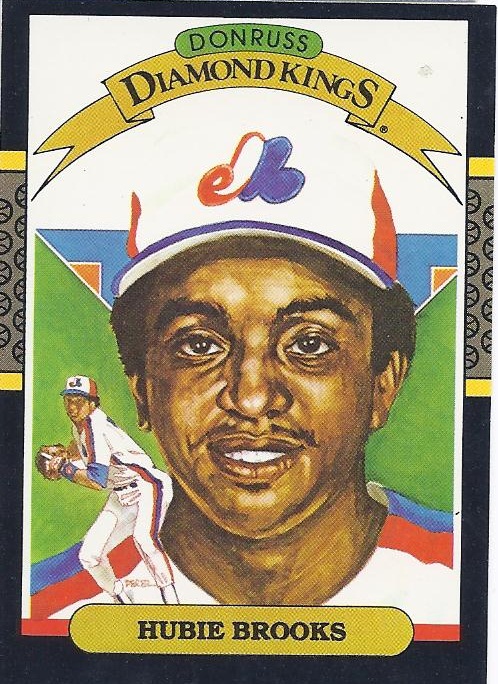 Part of the trade that made Gary Carter a Met. And that's about all the memories I have of him. 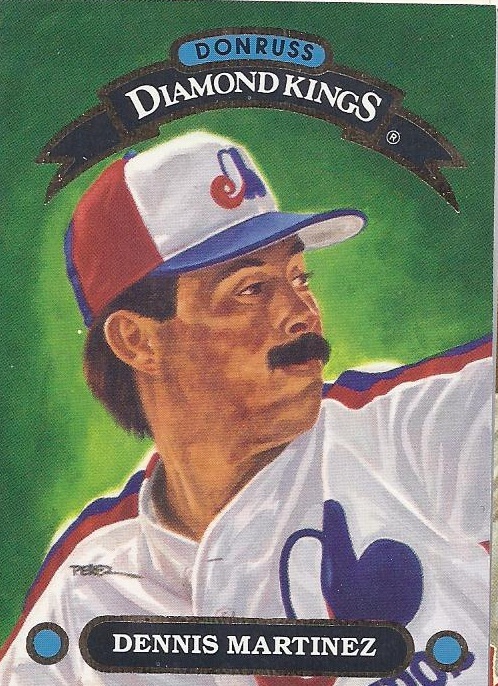 And since I was fairly sure I have the Expos DKs from 1988 through 1991, we'll jump forward to 1992 and "El Presidente, El Perfecto". My greatest memory of the game was that call at the end, with a close second to the shot of Dodgers fans driving out of the parking lot in the late innings. I know traffic was infamous in LA, but it was a Sunday afternoon game. Why?

And finally, is there any better way to wrap up a very Canadian baseball blog post with one of the best Canadians ever to play the game? 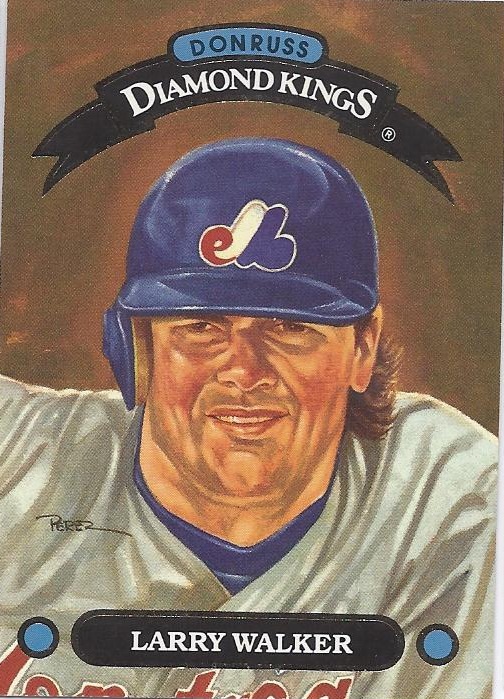 He's someone for whom my greatest Expo memory of him also took place at Dodger Stadium.
Posted by buckstorecards at 13:34