Taking a short break from the group breaks, to go back to some more dime box beauties from the Expo.

This one was unexpected. 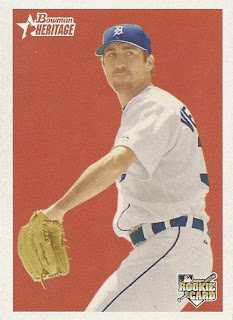 Not in the original find. I just pulled it out and thought it was an interesting card, so I put it in the pile. It wasn't until I got home and wondered "Is that really his rookie card? If it is in a dime box, it couldn't be," that I realized I'd made a pretty good purchase. As per COMC, it not only is a rookie, but it is also has the SP designation. The cheapest one at COMC is $11.73. I suppose I could flip it on ebay, but it really is too nice to do that, and it would violate my law of savouring cheap finds. Maybe I'll trade it if someone made an interesting (read: nonsensical) offer, but right now it looks too nice in a toploader.

Now, that card's pretty dull in general appearance. Howzabout something shinier? And perhaps a Mets card? 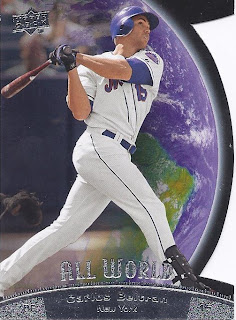 Nifty! It is a little difficult to see the name on the bottom, though. But for a dime, that's of little concern to me as it will move into one of the Mets binders. That still isn't very shiny, though. 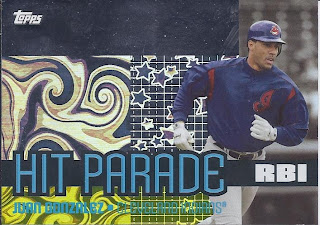 Yeah, that's better. This is an example of a card that looks far better in a scan than not. The background shines quite a bit more in this scan than when you're just looking at it. Especially the strip at the bottom of the card. After scanning the card, I'm regretting not picking up others that I saw from this insert set.

OK. Heed the warning from Corey Hart and put on your sunglasses at night. 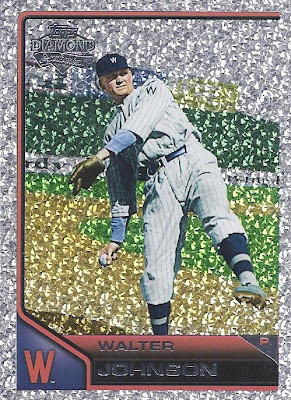 A 'Big Train' refractor for a dime? Most certainly.

Posted by buckstorecards at 14:28