Not really a Superstar Special, but that's why it is special

In the sense that the Fleer card would feature two marquee players together. However, I think I like this card even more because one of the players features isn't anything close to a superstar. A search through both sportlots and COMC shows that the total number of cards he's on doesn't even break double digits.

And that's why this card became a must have for me. 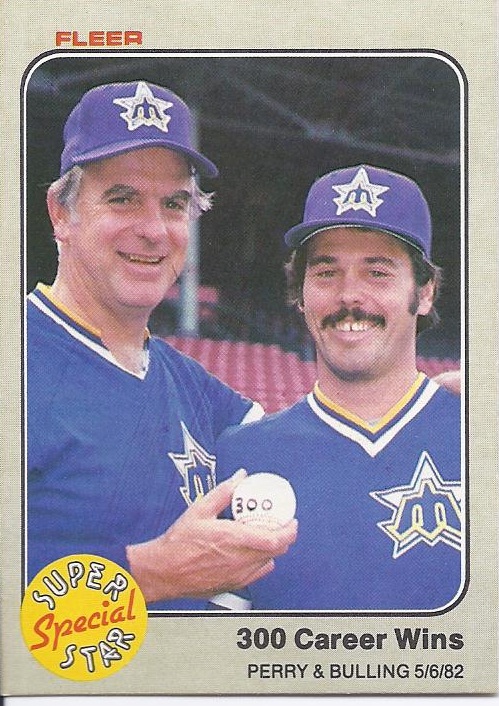 A card that commemorated Gaylord Perry's 300th win, and he poses with the man who caught it - "Bud" Bulling. A man who didn't even play in 150 games is, for this one cardboard moment, a Superstar. Sure, there are HOF rookie cards in the 1983 Fleer set, but this one holds the charm one can get from a song by a one-hit wonder than a song by a performer with a lengthy array of popular songs. I'll always prefer a unique moment on a card over a superstar.