There's a chance that this series could go on for about as long as Dimwit's COMC posts.

Most of the cards I picked up at the show were from dime bins. Some set builders went for more than a whopping 50 cents, and there were a handful that cost me one entire toonie. This is the only one that approached the cost of the Youppi!. 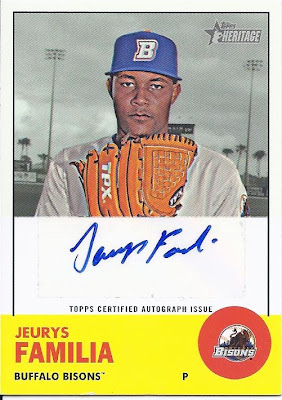 Yup. A Mets AAA autograph was the second biggest splurge of the day. Of course, next year Mets minor league autographs will originate from Las Vegas, and Toronto's from Buffalo. Quite the strange trade involving my two favourite teams.

I freed quite a few Mets items from dime bins, this one being probably the oddest. 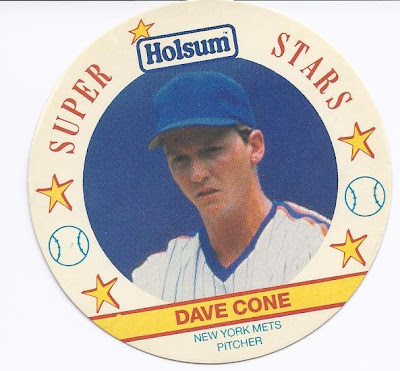 I don't know what I like more: the airbrushed hat or the fact he's called Dave Cone on the card. Maybe it's the fact the card is just a smidgen too wide for any sort of box storage. But it was a dime, and it was interesting, now finding someplace to keep it is going to be the challenge.


Diamond Kings were my most frequent pulls of the dime bins. I walked away with a fistful (read: approx. 40) of them. I'm thinking the whole enchilada of them will show up here at some point, so here are the first of them - a pair of Don Suttons. 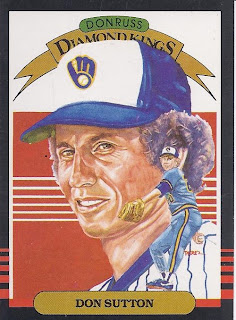 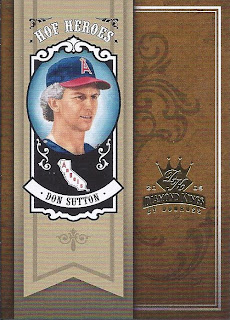 Don's another guilty pleasure player of mine. But for a silly reason. I like him because back in the 70s, he was an occasional panelist on Match Game '7*. He showed a surprising wit, and was a pretty good player at the game.


Posted by buckstorecards at 18:34