So, let's see how the Reds did.

Firstly, let's lead off with the highlight. If you were over there, you saw the front of this card - a jumbo that commemorates Ken Griffey Jr's 500th homer. It's 1365/1500. That's nice. The back of the card is even nicer. 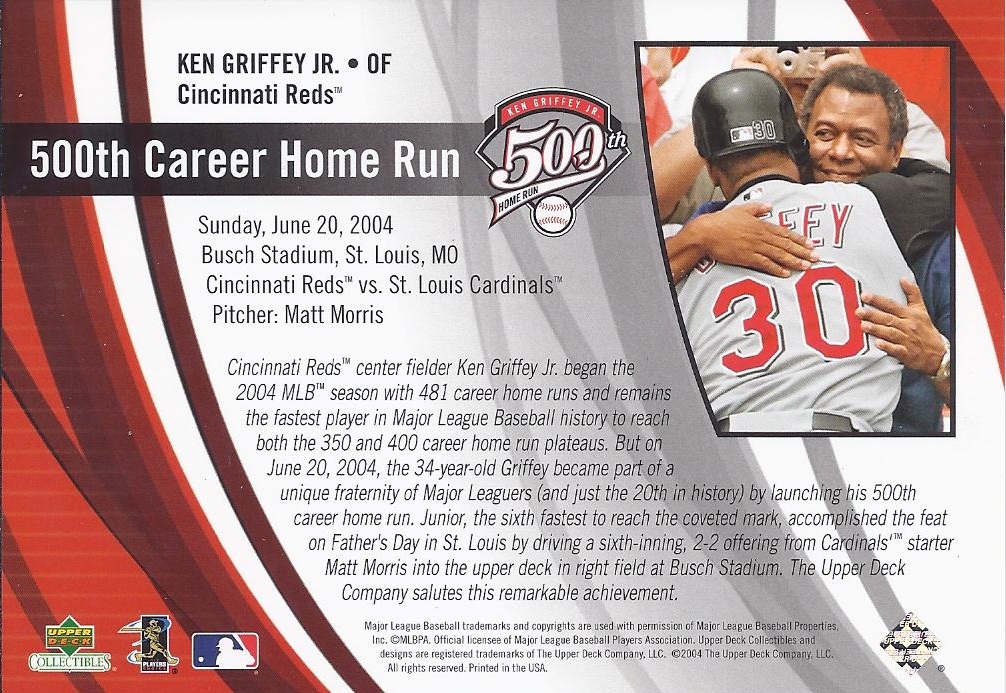 Great photo to commemorate a great moment. A perfect home run for Father's Day. It reminded me of the emotion around John McDonald's Father's Day home run in Toronto.

Now, there were also a few Aroldis Chapman cards in the break, including a WBC rookie. Cuba is a beautiful place to visit, but I can understand and respect why anybody who can make a go of it in professional would struggle to defect.

There was a nice selection of Joey Votto cards. The former MVP and 2-time Tip O'Neill award winner (No, not that Tip O'Neill, my American card collecting compatriots) was the reason I picked the Reds. 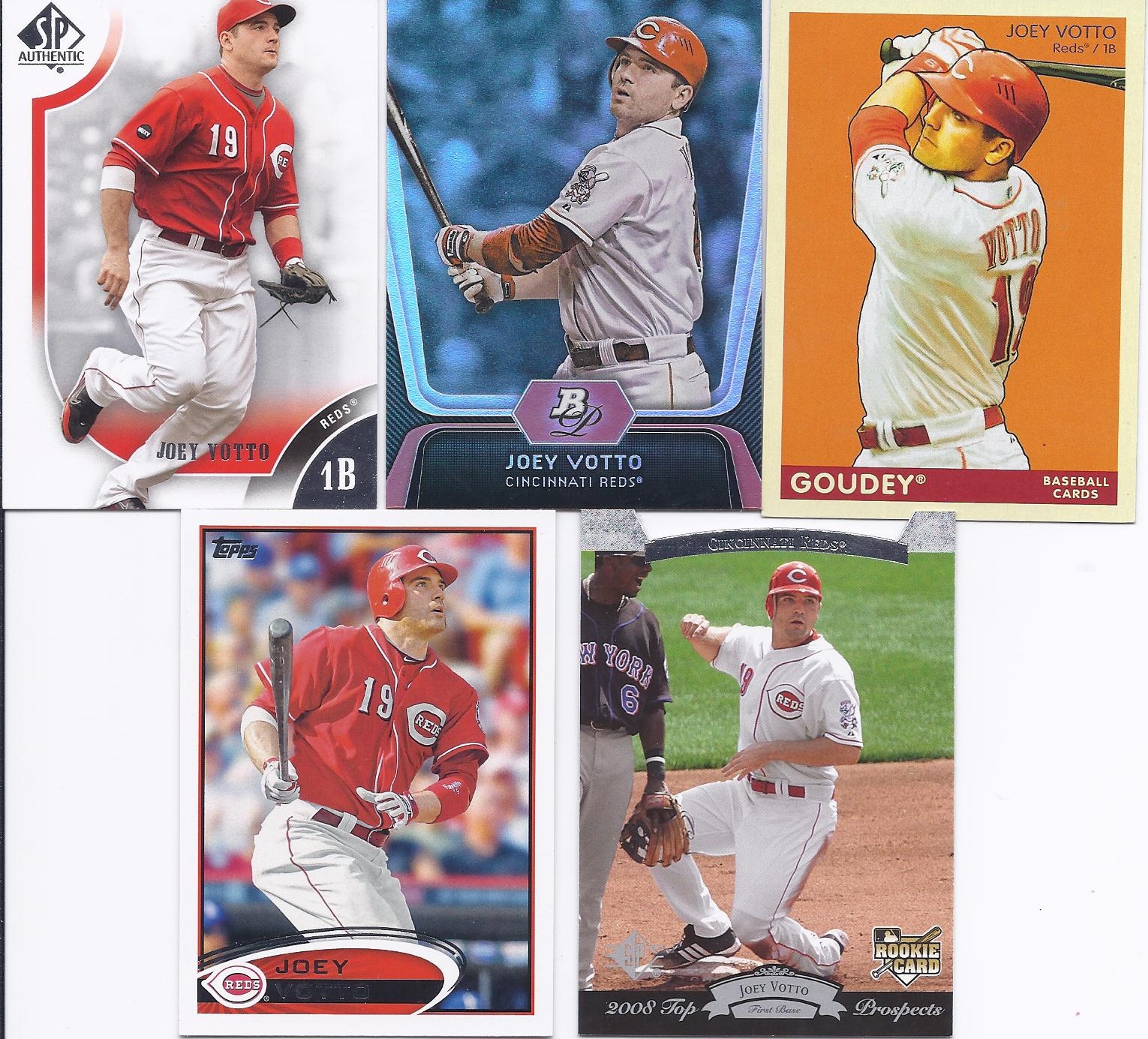 There weren't any hits in the traditional sense. But I did pick up a few numbered cards, refractor cards, and Spankee threw in a Hanigan autograph in the mailing anyhow. I would have been more than happy with the Griffey card, but that's the way the blogosphere works. 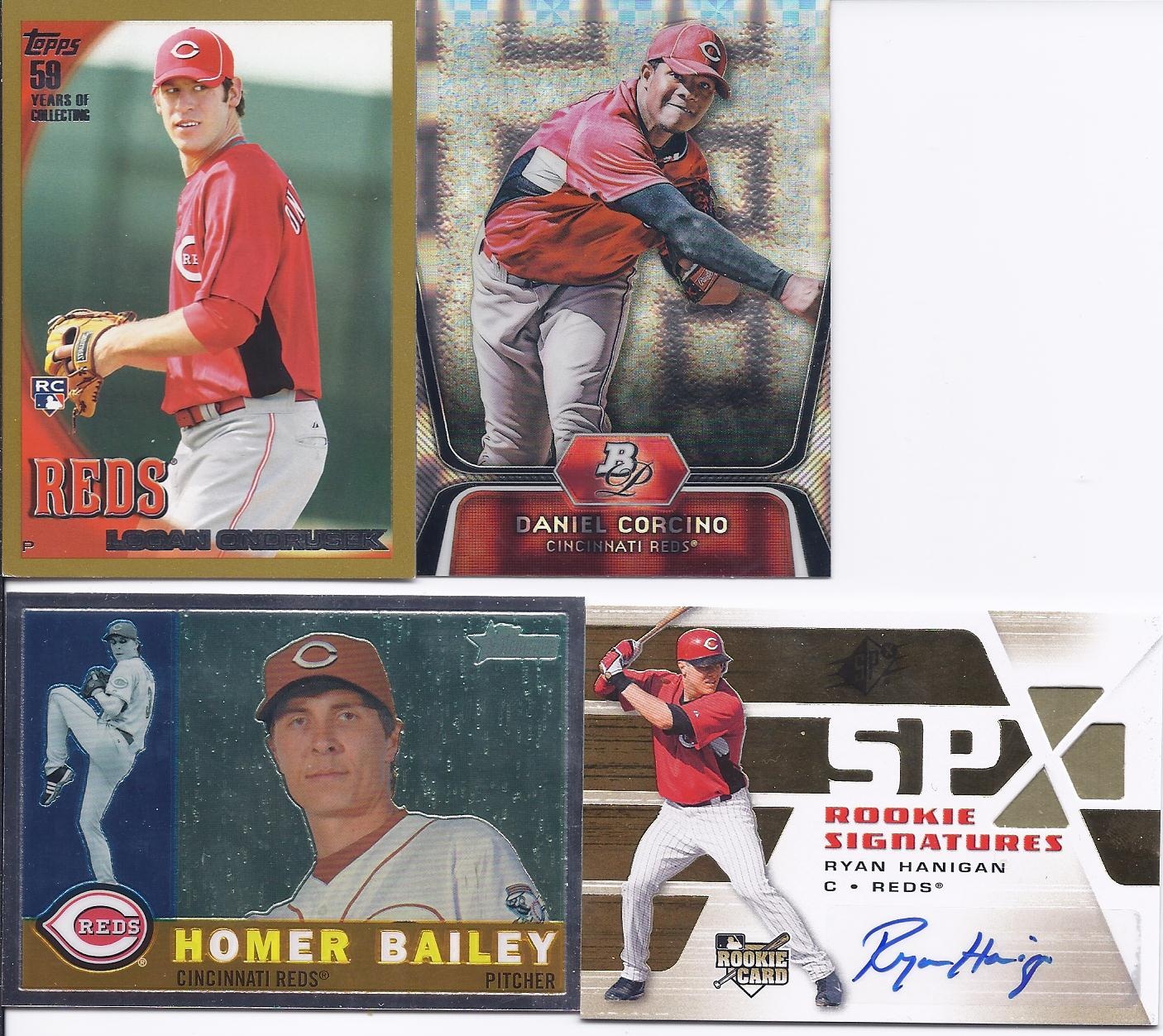 And I'll wrap this up with a nice batch of interesting cards from the rest of the break. A Diamond King! Gypsy Queen Johnny Bench! E5! Another great Griffey photo! How can I not love a card for a player on the Pensacola Blue Wahoos? And stolen base machine Billy Hamilton? Yes! 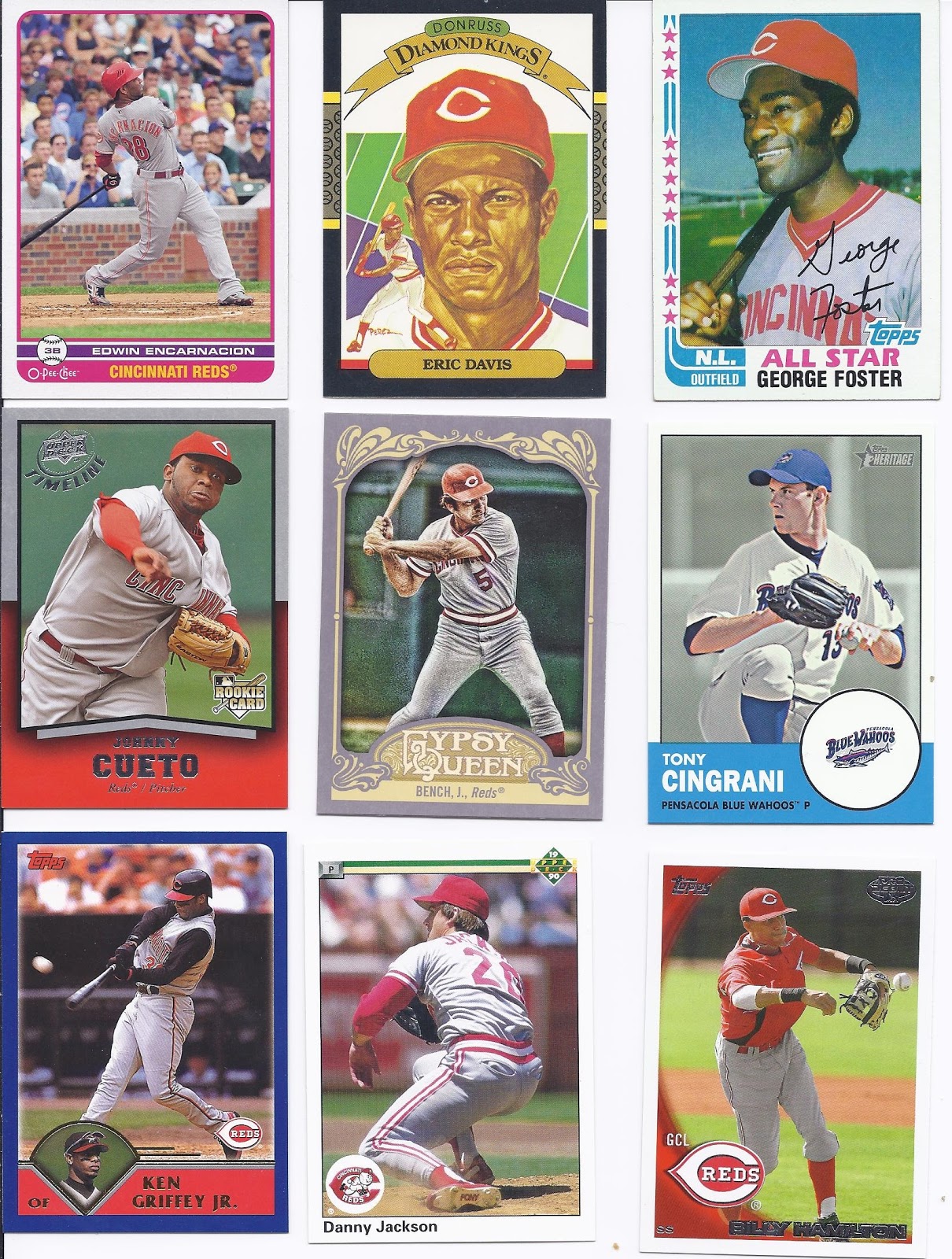 Thanks for such a great break, Spankee! Is it next year yet?
Posted by buckstorecards at 13:36