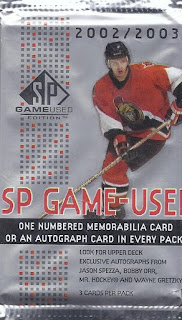 Time to bring this box to a close. I've definitely saved the best for last here. 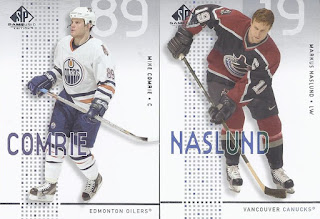 Just two regular base cards here. The Naslund goes nicely with the relic I showed off yesterday. 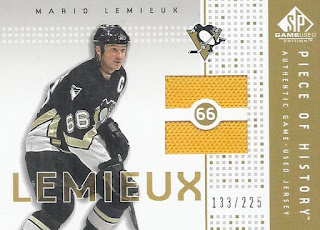 So not only did this box land me my first ever Gretzky relic, but also my first ever Mario Lemieux relic. Even better is this one features a pair of nice, bright yellow swatches. What a box! 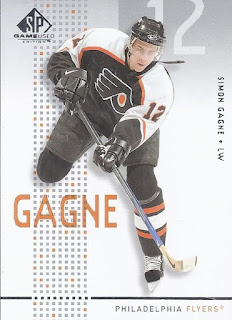 Just one regular base card. 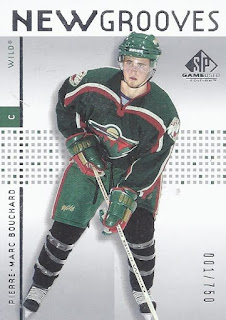 But at least this numbered rookie card features a player who has more than 2 NHL games. Lots more, as he lasted in the NHL through the 13-14 season. And that's an ebay 1/1 as well! 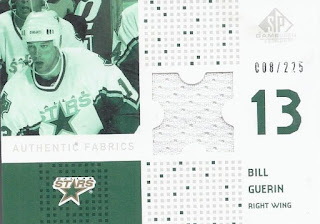 When the worst of the players you land a hit from (a very relative term with this box) is Bill Guerin, that's a great box. 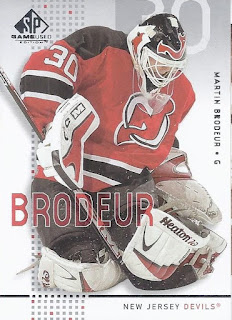 The unnumbered base card. 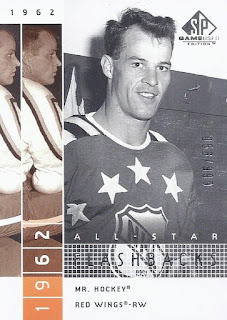 Here's my only all-star card. What a great classic photo of Gordie Howe. 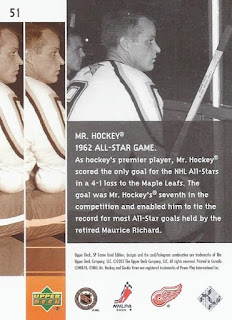 A nice little write up on the back about the all-star game.

One more hit to go. Let's take a closer look at the pack beforehand. 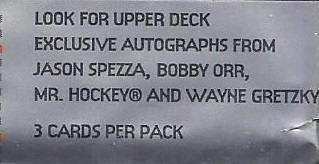 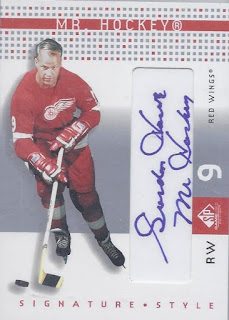 And lookie what I found! WOO-HOO! This is my second Gordie Howe autograph I've pulled so far this year, and boy, is it more fun to be a magnet for his autographs as opposed to Drew Shore. I'm really torn as to which one I like more. This one is more "on a piece of embedded paper" as opposed to on-card like the playbook, but this one also includes "Mr. Hockey" designation. Also, this one is not numbered, but it has to be a super-short print.

It is like trying to pick a favourite child, but this is a great problem to have.

I'm actually glad this came from the last of the packs, since even the Gretzky or Lemieux relics wouldn't have come close to this.

There you have it! My Senators acquisitions will be up in the next post.
Posted by buckstorecards at 04:22