It has been way too long since I've best a Dollarama surprise Bag, so here's one of them: 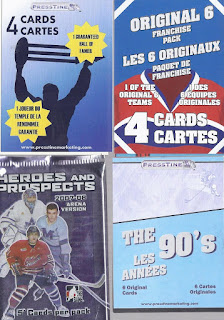 Here's your content. I believe this is the first time I've found a pack of H&P in one of these. 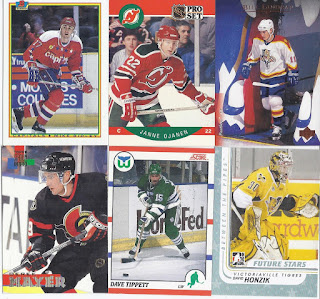 The 90s pack was strange, especially since it included a card that was more than a decade removed from the 90s (10/11, to be precise). But that is offset by a Sens card, and a really great entrance photo of Bill Lindsay. 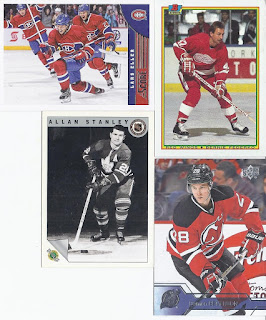 Two HOFers in that repack. Seeing Federko in any uniform other than a Blues one still looks odd. 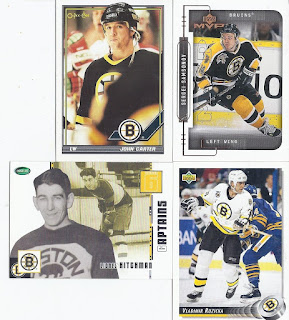 Only one really interesting card in the Original 6 pack, but it is a good one with the Lionel Hitchman. Hitchman was the first team captain in Bruins history, but really doesn't have too many cards outside of ITG releases. 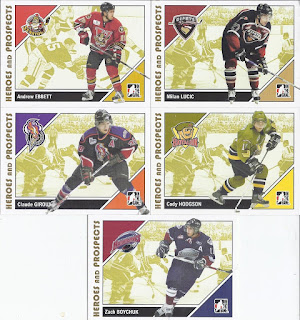 The H&P pack was all prospects, but with the appearance of guys like Lucic and Giroux, it did have a really good selection of prospects, as all would reach the NHL.

And there you have a satisfying $2 spent.
Posted by buckstorecards at 07:34