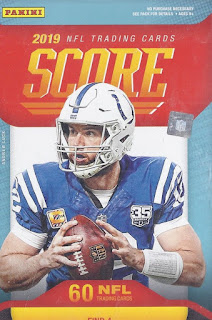 I only need a handful of cards to wrap up this base set, let's make one attempt before I post a wantlist and look for singles. This wasn't the best idea on my part, as I needed 11 base cards beforehand, and after this, I still needed 11. 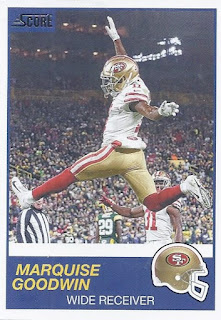 I have to show off some base cards, right? I know I showed this one when I was recapping my hobby box, but this still deserves another spotlight. 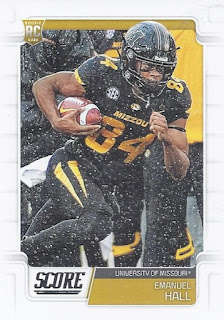 I know that when recapping the box, I complained about how the great photo choices weren't transferred to the rookies. But this precipitation-enhanced photo is a standout. 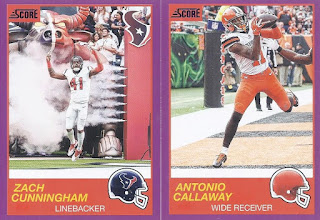 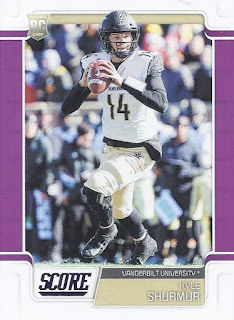 I'm not sure why the purple extends all over the veteran base cards, but not the rookies. Shurmur was undrafted, but signed with the Chiefs. 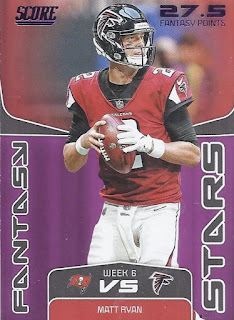 The inserts are also given the parallel treatment in retail releases. Of course, the one I get is from my least favourite subjects for insert sets - fantasy sports. 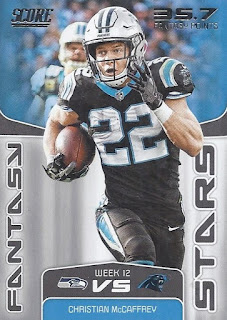 That's a good enough choice for a card to segue into the inserts in the box. More Fantasy Stars with the regular cards, but at least this has super intense eyes on the photo. 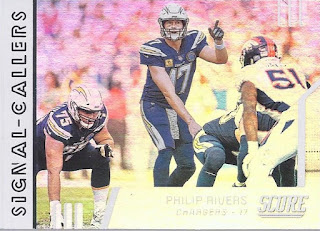 Yup. These are still obnoxiously shiny in retail. 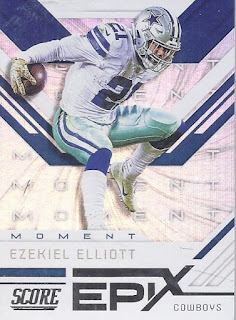 Strange that the cards you'd imagine to be obnoxiously shiny, especially given some of Epix's past usage of foil. The moment is supposed to be of Zeke leaping over an opposing player, but you'd think they'd at least try to include the hurdled player. 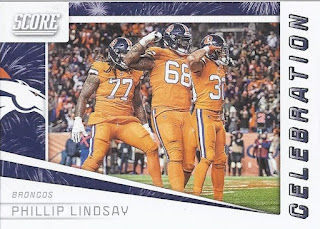 Celebration was probably my favourite subset last year. The Mile High Salute during the Steelers game was the specific one getting the nod in this photo. 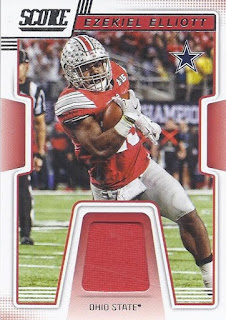 But at least I got a bright red player-worn swatch in all this.

Anyhow, I've finally updated the set building wantlist to include the cards from this set. Only two weeks after busting this. Efficiency!

Posted by buckstorecards at 07:22