There's Still a Plank to Walk

Although Matt's blogging has been greatly reduced, there's still trade packages heading in our directions from each other. Here's the latest small, but mighty, package that went in my direction. 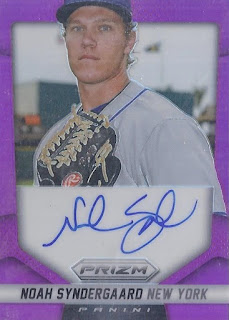 There were only 5 cards in the mailer, but all were of the inked variety. Starting off, here's a nice, bright, purple Prizm parallel from 2014. While Noah hasn't been on the level he was last year, he is coming off a rather rare occurrence in his last appearance. 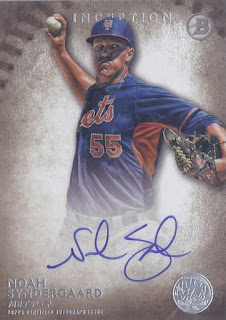 And one good Noahgraph deserves another! These are my second and third autographs of his, joining an entry from 2014 Sterling. 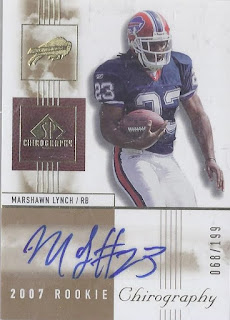 Let's switch to Bills mode, and more accurately, Beast Mode with this autograph. Lynch showed signs of what was to come in Buffalo, but got traded for a couple of draft picks that never amounted to anything. Because we can't have nice things in Buffalo. 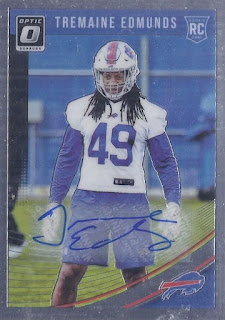 The next auto is a little more recent, going to last year's draft. I admit that I was more excited about the Tremaine Edmunds selection than Josh Allen's, and the former has turned out pretty good defensively so far. I can't wait to have Ed Oliver added to that mix. 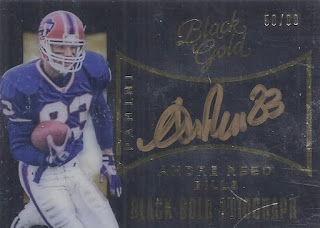 And no better way to end it than a Hall of Fame addition to the glory days of the franchise. In hand, and without a filthy scanner bed, this card looks much nicer.

There you have it! Expo goodies start getting shown off tomorrow!
Posted by buckstorecards at 07:37