Again, hockey is the big thing at the Expo, but there's still enough stuff from other sports if you look around. In order of original release, here's some new stuff for various football collections. 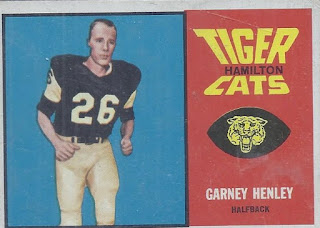 Oskee Wee Wee! It is always worthwhile to hunt for some vintage CFL at the Expo, because there are gems around. It only took 50 cents to add this 1964 card of a Tiger-Cat HOFer into my collection. 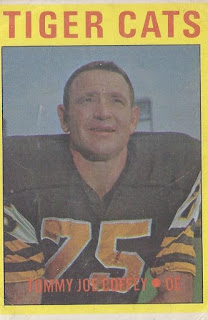 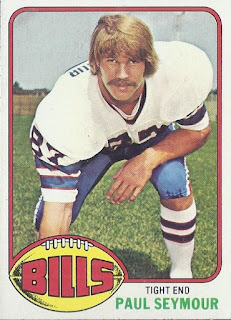 When I turned this 1976 Topps card over, I learned that this card was of a Michigan Wolverines alum. I kinda hoped that it was a dupe for my Bills collection so I could include it in a future mailer. Alas, it wasn't. 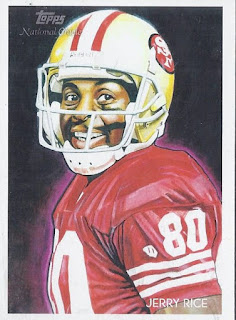 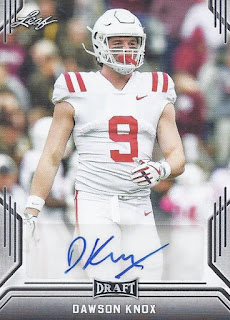 Another big jump, this time 10 years, to one of this year's releases. Dawson Knox went late in the third round to the Bills. While I've got 5 more of their rookie class on the way, this is the first one I've got in hand. Knox has yet to make any appearances in a Panini release, so this is all I have. 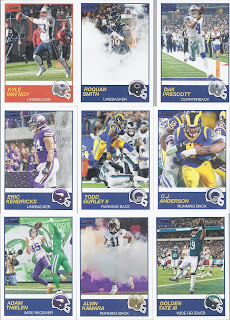 I picked up a couple of Score packs to see if I could do some damage to my wantlist. I did, and knocked the wantlist down to a more manageable level. These were the big winners here. Those Smith and Kamara cards would look amazing with an on-card autograph among the smoke. 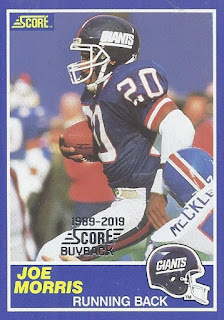 As for inserts, I did land the one-per-box buyback. And it is of a player I've actually heard of! WOO-HOO! 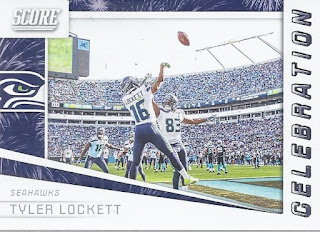 Photographic excellence continued with the inserts, as Tyler Lockett shoots a deep three on his. Perhaps I should have saved this card for tomorrow when I do basketball acquisitions. 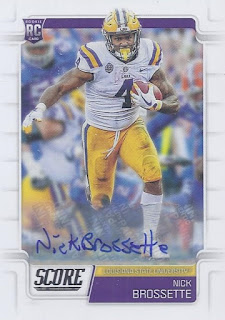 And here's another autograph! I can read all the letters on it! That's automatically a good autograph! Nick was undrafted, but signed with the Patriots.

There you have it! As said above, the basketball cards make their appearance tomorrow!
Posted by buckstorecards at 06:39