At least in terms of cards, the 2019 Football season is underway! Let's start with a nice box break of 2019 Score. 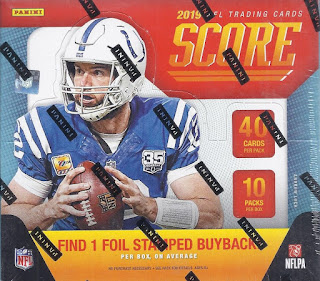 I don't think an in-game photo exists of Andrew Luck where he doesn't look either terrified or derpy. 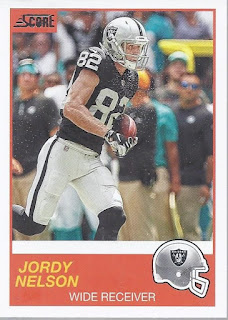 And here's my first card of the season. The colour on the bottom is a definite throwback to the 1989 release, and I always like it when the team helmet is part of the design. 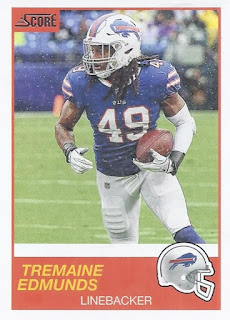 And here's my first Bills card of 2019's releases. It also features one of my favourite football themes - a defender with the ball. 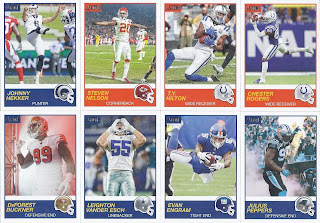 The photo game is really strong in this year's release with a nice variety of photos. Prior to opening the packs, I figured I'd just highlight the hits and inserts through the packs, but there's enough great base stuff that deserves a spotlight here. 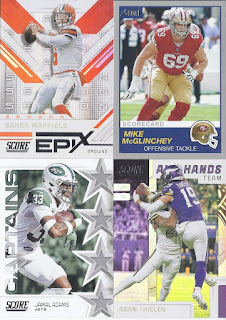 Pack 1's inserts. All Hands team gives another chance for there to be some great photos. 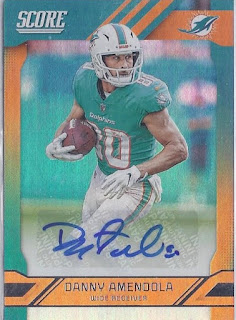 Despite most of the autos being rookies/draftees, I beat the odds to get a veteran auto in the first pack. Amendola doesn't have a lot of autographs on the market compared to most, so this is a pretty nice pull to start off. 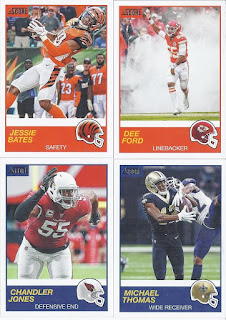 And its inserts. The draft subset definitely has a 1998 Score vibe to it. 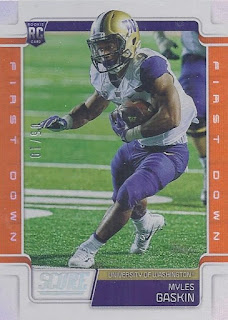 And here's my first numbered parallel of the box. Gaskin was a 7th round pick of the Dolphins. 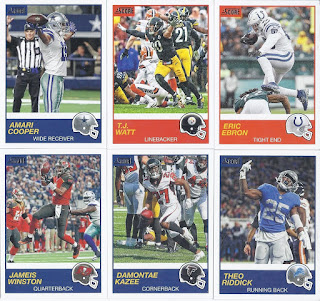 There were some nice celebratory photos among the base cards in the third pack. 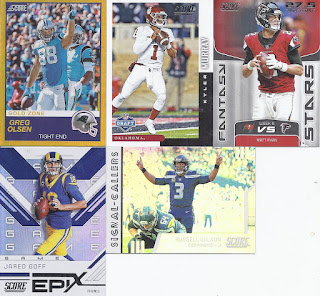 And your inserts. There's your #1 draft pick in insert form. They're probably (definitely) overdoing it with the foil on the signal-callers insert. 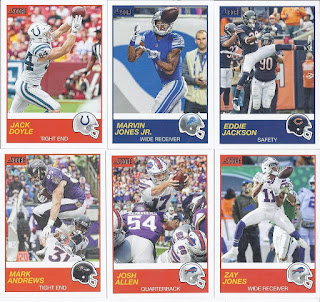 Pack 4 sees some great Bills photos make an appearance, but my favourite is the Marvin Jones as he just looks the ball into his hands. 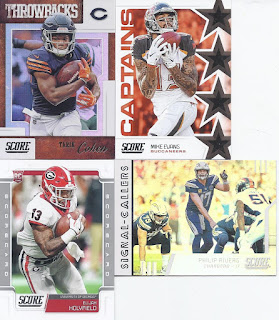 Your inserts. A throwback jersey themed insert set? I'm there! 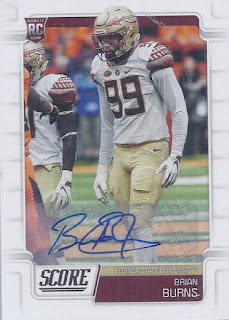 And here's auto #2 for the box. Burns was a first round pick by the Panthers, going 16th overall. 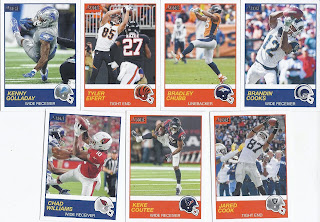 Outstanding catches highlight the photography in the 5th pack, along with Bradley Chubb having a happy moment. 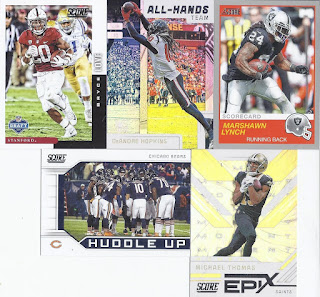 And your inserts. It is always nice when the design of the parallel matches the team colours, like with the Raiders cards. The design of the AHT card looks great with that Hopkins photo.

There's 5 packs worth of the new football release. 5 more tomorrow!
Posted by buckstorecards at 01:38