I'm switching sports, but here are some more cards from one of the other other sports from the Expo. 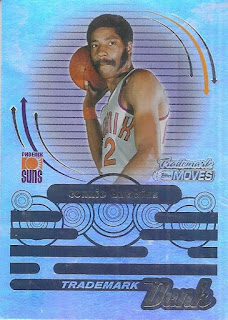 When you're presented with facial hair of that quality, you pretty much have to lead with it. 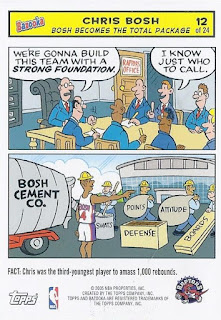 What little Raptors stuff there was at the show was also horrendously overpriced compared to what I can find on other secondary markets. But I did find this hiding among the hockey in the $1 for 5 bin I've posted earlier. The card is also a magnet, so I can use the fridge as storage as opposed to the Raptors binder. 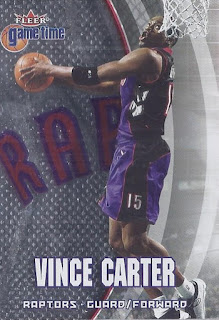 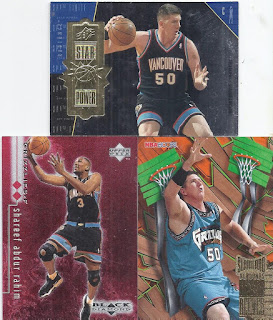 Which means these three Grizzlies cards cards gave them the nod in terms of volume for the show. These feature the two usual suspects that end up on current releases - Abdur-Rahim and Reeves. 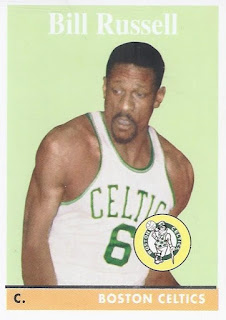 It might not be Heritage or Archives, but this 1958 variation (from 2008) still deserves to be showcased. 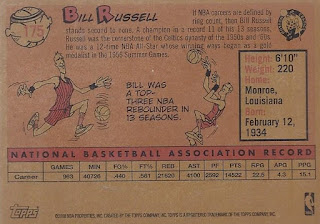 And, as it should be, the cartoons on the back as well. 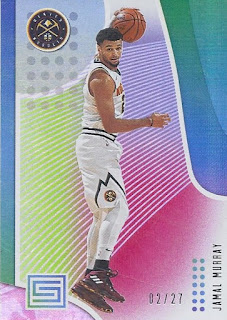 Now, let's move on to the big stuff. In the recent retail-only Status release, the Status base (as opposed to the regular base), were numbered to the player's jersey number. That means there are only 26 more of these out there after this joined my collection of local product Jamal Murray. 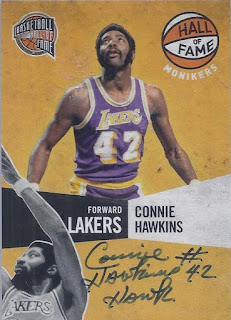 And there was more than just facial hair that made me lead with the Hawkins. It was also for the opportunity to create a perfect sandwich of his cards. Not only is this a HOF signature, it is pretty legible for an on-card autograph limited to a cramped space near the bottom of the card. Throw in a nickname (since this subset was called 'monikers') and you've got a beauty of a HOFer.

Back to boxes tomorrow, and something I've been saying a lot lately - one of the best boxes I've ever opened.
Posted by buckstorecards at 05:44