Back to the packs! Up today, the O-Pee-Chee, Ultra, and the Victory. 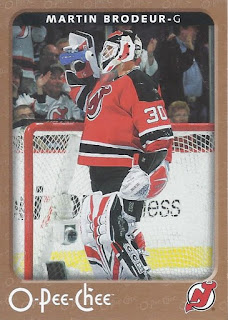 There was only one OPC pack in the whole thing, so I'll lead this post with that. It isn't an action photo, but this feels almost like the type of casual picture you'd see on a Collector's Choice card from the 90s. Nice! 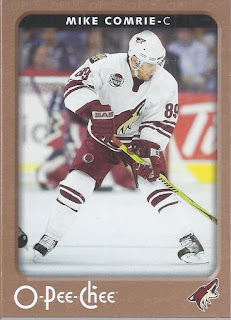 My second Wolverines alum card means this is the second return to sender card in the bunch. 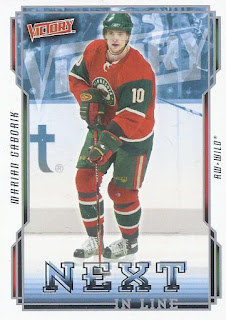 One of the big cards for me came from the Victory 2006 pack. A new Gaborik insert for the 2/14 collection! WOO-HOO! 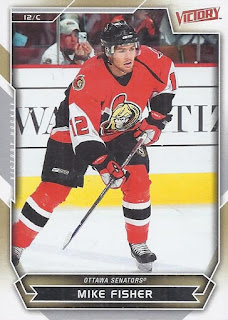 As for the other Victory pack, at least I landed a Sens card. 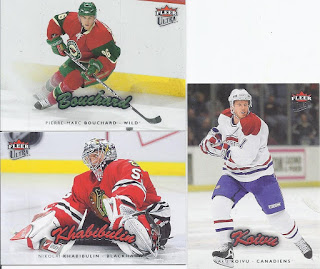 Sometimes, with the 2006 Ultra, the name's positioning on the card seemed to work just right with way the player is positioned on the card. Although it does look like Nikolai may have forgotten to put on the lower half of his equipment, and the design has to cover up little Nikolai. 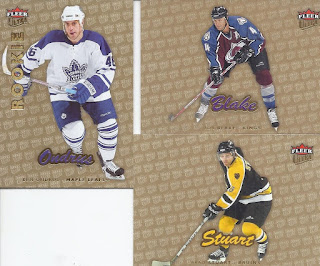 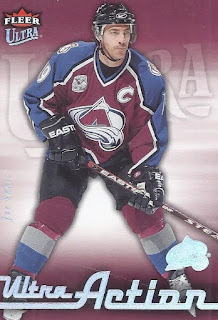 Ultra Action? Whatever you say, Fleer. 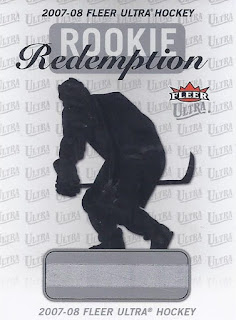 This redemption, similar to those found in Artifacts, could have turned into a Marc Staal rookie card. I'm about 9 years too late to redeem it, though. 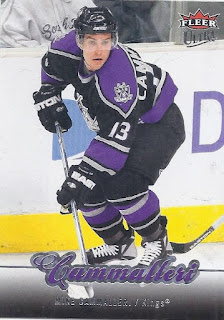 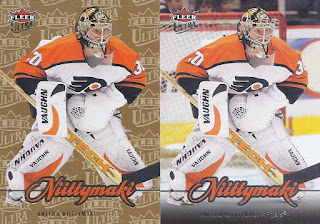 In terms of collation, one pack contained both the base card of Niittymaki and the gold parallel. His gangster themed mask remains a fave of mine, so I won't complain. 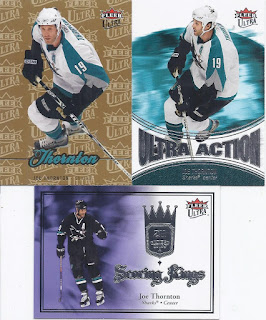 Still, it doesn't come close to the three Joe Thornton cards I landed, none of which were the base version. Collation, once again! 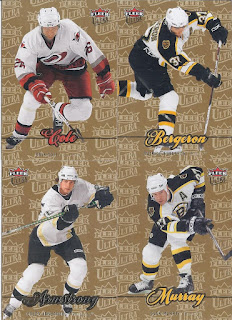 And here's the rest of the gold. Because why not?

What's left? Some Power Play, some Parkhurst, some MVP and some flagship. An interesting variety to end it.
Posted by buckstorecards at 05:06