Of course, with all these cards in one place, I had to expand the ol' 2/14 collection. 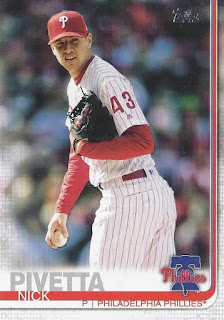 Hockey might be king at the Expo, but there are still other sports when you look. Considering the extent of my flagship purchases consisted of a couple packs, I needed this as the only 2/14 representation in this. 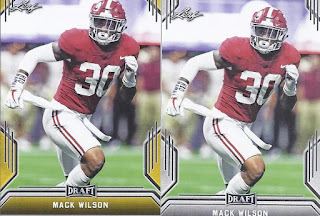 And here's the newest football member of the collection with Mack Wilson. He's yet to play a down in the NFL, but he's got 3 cards already in the collection. 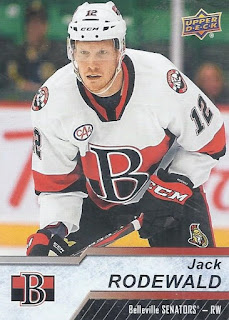 Jack Rodewald made the UD flagship set last season as Young Gun. This season, he's in the AHL release. But at least we get a nice look at the Belleville Senators uniforms. 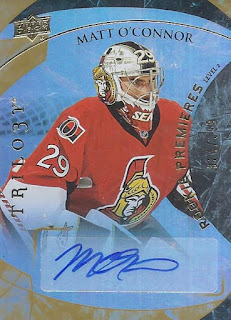 Interestingly, for me at least, this card is also #214 in the set. 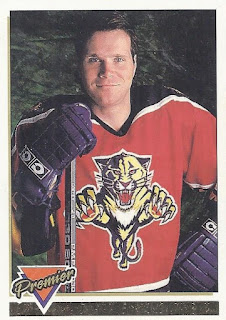 One of many acquisitions from a 5 for $1 box, here's a gold parallel of Dave Lowry. 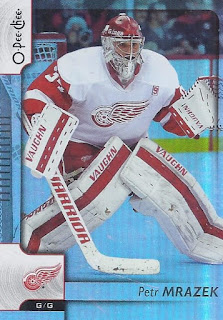 This shiny parallel was from the same box. 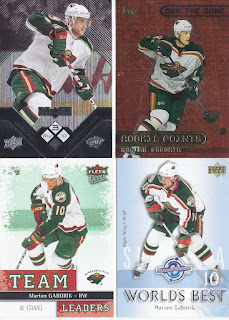 As were these Gaboriks. I was somewhat concerned that these were all dupes, but at 20 cents each, I could err. All of these were new to the collection, so fears were unwarranted. 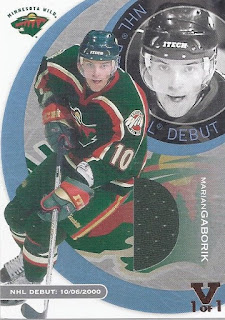 And finally, a Gaborik for the hit portion. I think these were originally limited to 50, in a pre Final Vault stamping universe. 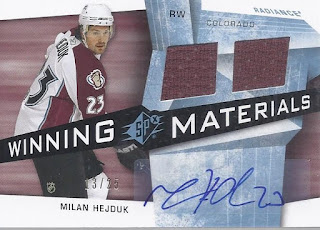 But at least I know this one's numbered out of /25. 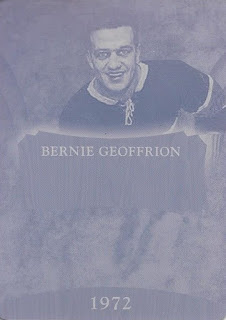 And I know this is a 1/1. This plate, which actually features a nice portion of the photo, comes from 2016 Leaf Enshrined. It is my first 1/1 of the Hall of Famer as well.

There you have it! Tomorrow, football of the non 2/14 variety.
Posted by buckstorecards at 07:46