Let's bring another repack adventure to a close. 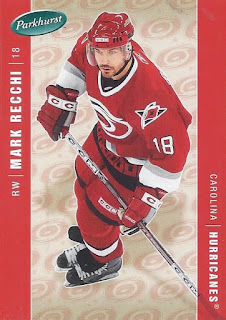 Parkhurst leads the post this time with some mid 00's entries. I did not remember Mark Recchi spending time with the Hurricanes until seeing this time. A quick look-up showed why. He spent 20 games there, in 05-06. 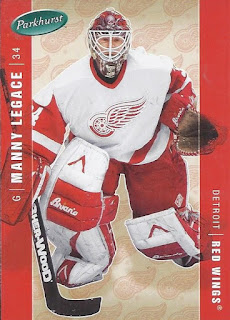 Some mask binder goodness here with Legace's salute to Al the Octopus. 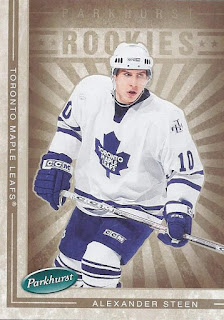 While you do have a chance at a Crosby rookie in this, the size of the set makes for long odds. But at least this is still a relevant player in the 18-19 season. 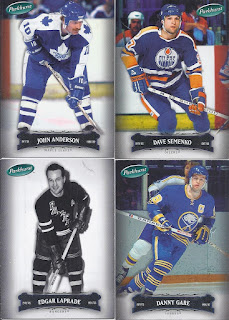 06-07 Parkhurst was a lot of fun, with a checklist of entirely retired players, meaning you got quite a few players that rarely, if ever, appeared on modern cardboard. 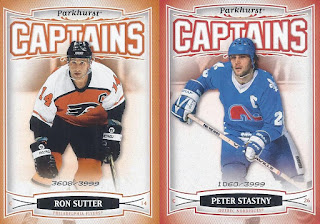 No autos in these packs, but there were a couple of the numbered base cards. Classic Nords blue!

Power Play was pretty bland. It looks like they had two options for highlighting a player with their new team. Pose in a jersey, or just slap the new logo on an older photo. 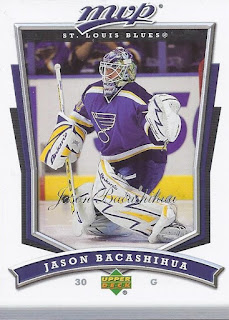 Off to the MVP, and mask perfection. If you are named Jason, how can you not go for that motif on a hockey mask? 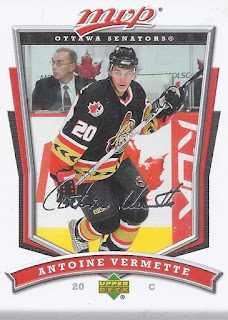 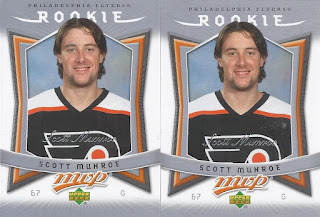 Your collation fun came in the MVP packs. Rookie cards fell every other pack in these, and both of them ended up being cards of the same netminder who only had NHL experience as a backup. 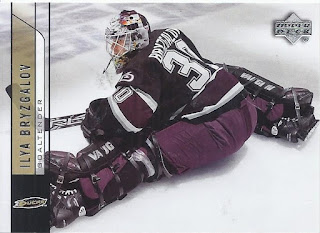 A nice stretchy card from 06 flagship. 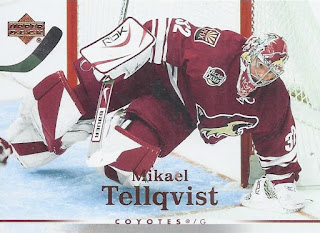 Goaltenders tend to get interesting cards in the main releases. 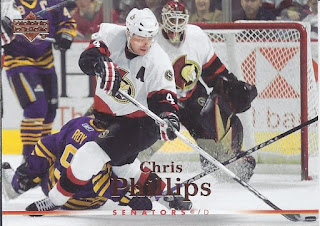 There was some Sens content there as well, as career Senator Chris Phillips dekes Kitchener Rangers alum Derek Roy right onto his backside. 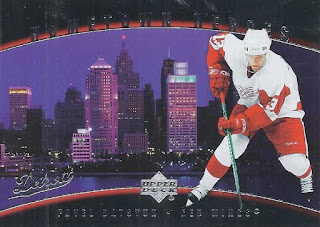 How do you wrap up a series of posts highlighting the contents from 50+ packs? How about an insert with one of my favourite motifs in card design - a background with the cityscape?

There you have it! Thanks again, Dennis, for forwarding all these along to me. It was a blast to tear into a bunch of packs. Lots of keepers. Lots of trade package content. What more could I ask for?

Next up, getting caught up with trade packages!
Posted by buckstorecards at 05:12