The 90s portion of this break comes to an end with some 1997 Leaf, Donruss and Pinnacle. 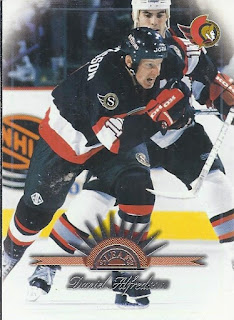 I'll start with the Leaf, since the first card out of that was a new card for the Alfie collection. 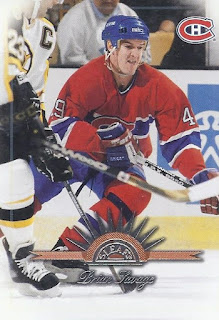 The design for this set isn't too bad, although the foil script of the bottom can sometimes be hard to read if it contrasts against darker portions of the photo. Who is Brian George...oh...that's Brian Savage.

There was very little Sens content the rest of the way through the packs, but fortunately Leaf came through with some more new ones. 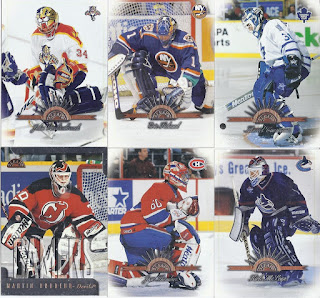 Leaf ends with some cards bound for the mask binder. 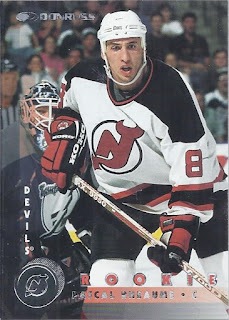 Off to Donruss, and leading with a rookie card of Pascal Rheaume. If the last name seems familiar, you're right. He's the brother of Manon. 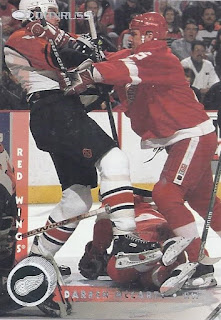 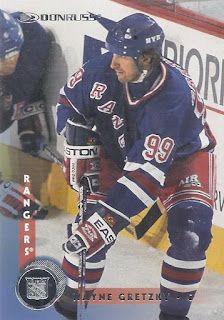 It doesn't matter which set you pull it from, whether it is Pro Set or The Cup, but Gretzky is always a nice get. 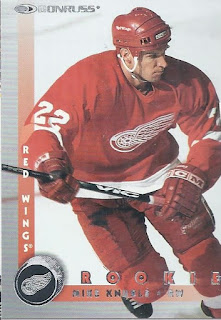 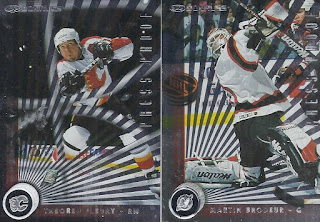 Only 3 packs from Donruss, but two of them contained a Press Proof parallel. They aren't serial numbered, but they're supposedly limited to 2000 each. Back when that meant something. 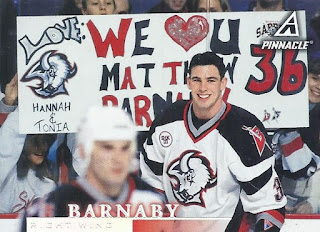 Finally, Pinnacle. I've definitely shown this beauty off previously here. It remains a classic card from the late 90s. 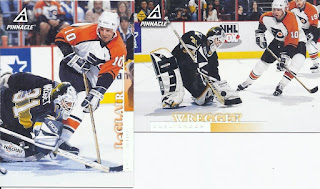 If I would focus only on the players and not the background, I'd be convinced these two photos were taken on the same play. Collation being as it was in these packs, these two cards were right next to each other when I busted the pack. 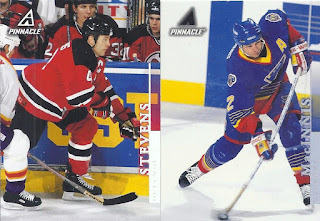 Also collated right beside each other, a pair of HOF Kitchener Rangers alum. A very appropriate photo for MacInnis as well, with him delivering a blast of a slapshot. 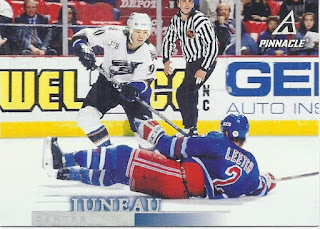 While this is a Juneau card, this could also have been an interesting card for Leetch as he slides to block a shot/pass. 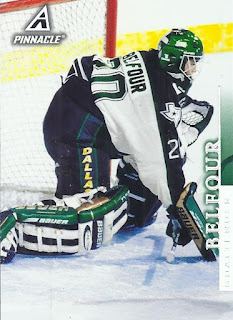 This was obviously early in the Dallas Stars career of Belfour, since he didn't have the eagle paint job yet. 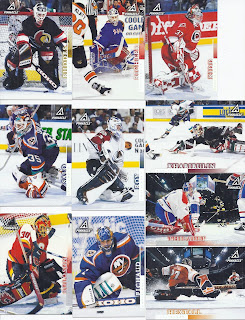 While that Belfour isn't a mask binder card, there were plenty more candidates among the rest of the cards.

And there you have it! Halfway there! When MOPP continues, I'll be visiting the mid 2000s.
Posted by buckstorecards at 08:15