Another mailer today, this time from Brian at Highly Subjective and Completely Arbitrary. 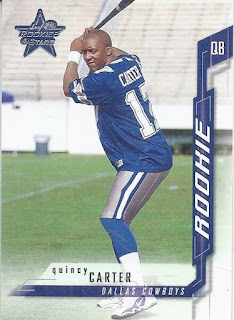 Brian always seems to take a look at my varied wantlists before dropping mailers my way. Here was one of the cards on it, an odd rookie card of Quincy Carter that salutes his baseball background. You can find Bowman cards of him on the Cubs. 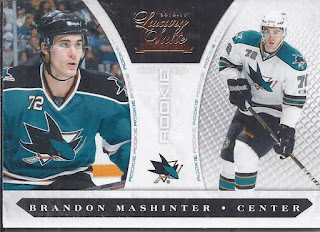 Brandon Mashinter is a Kitchener Rangers alum, who spent parts of 4 season in the NHL. Despite 64 games, he only got a couple mainstream base cards, both from Panini, and both /999. 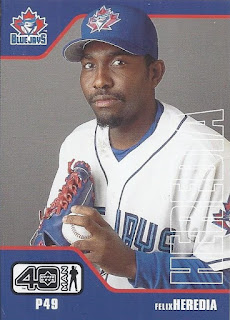 While Felix Heredia did get more than a couple cards from his career, this seems to be his only mainstream card to commemorate his 2002 season in Toronto. As I'm looking to get at least one card of anybody who got a pack-pullable card as a member of the Jays, and played at least one MLB game for them, that's a nice one to drop off the list. 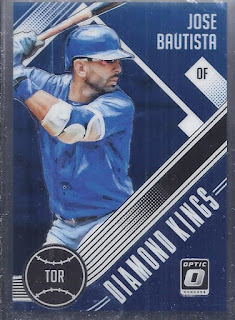 A bunch of cards also dropped off my set-bulding wantlist, highlighted by this Joey Bats card out of Optic.

All 4 sports made an appearance in the bubbler. It is baseball the rest of the way home, but first, here's a Raptors break. 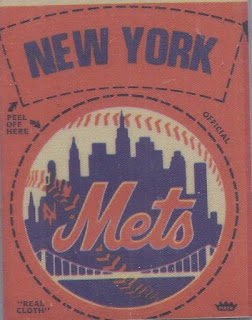 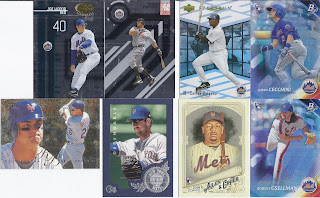 A bunch of miscellany to start off. 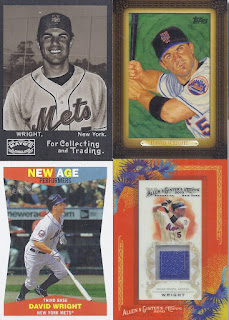 And here's some David Wright stuff, all with a definite retro vibe to the whole grouping. 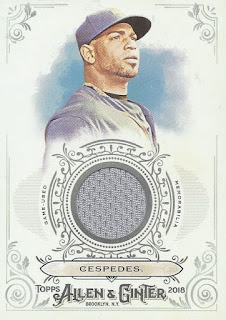 Will he ever be healthy enough to play for the Mets again?  Darned if anyobdy knows the answer, but here's a swatch regardless! 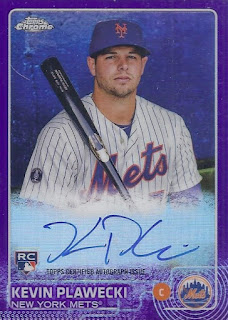 A few autos will end this, and Kevin Plawecki is probably the best known of the group. Behind Travis D'Arnaud, he was never going to be the catcher of the future for the Mets, but he's still in the big leagues. 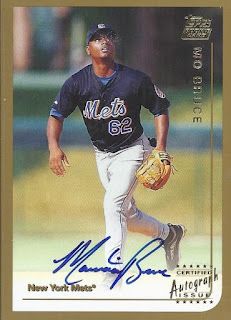 Mo Bruce never reached the big leagues at all, but I do like that he signed his full first name to the card as opposed to the abbreviation. It's the little things like that which can improve a lower end hit. 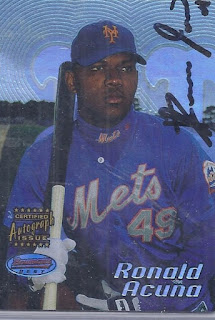 The name should be familiar, but as a Met? This is Ronald Acuna Sr, the father of the Braves star. According to him, he had the talent, but not the attitude to progress beyond AA ball. But, he then worked hard to make sure those mistakes didn't get picked up by his son. Despite Sr's lack of success, I still wouldn't mind seeing a combination card of father and son. Even though it would have to be logo-less in a Panini release.

There you have it! Thanks for all these goodies! I'll be sure to hunt for some Twins the next time I'm ready to get a shipment from COMC!
Posted by buckstorecards at 08:32