And the other 5 packs. 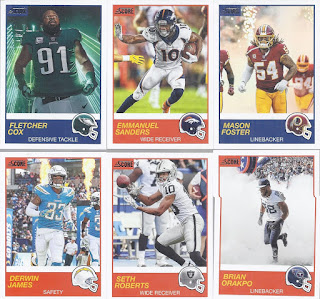 Opening with some of the base card highlights. That Fletcher Cox has a background that looks like it could be used on some other base set of a product like Prizm. 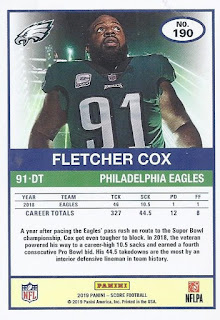 I realize I haven't been showing the backs of the base cards, so here's one. A pretty decent attempt at a 1989 Score salute. 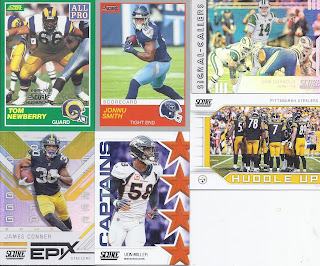 Speaking of 1989 Score, there's one buyback from that set per box. This one goes to the time when OL guys got cards. In fact, Newberry got both this All-Pro card and a regular base card. 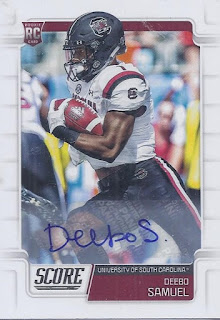 And an auto of a guy (nick)named Deebo! Awesome! He was a 2nd rounder for the 49ers. 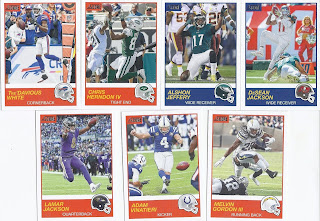 It's another 2/14 appearance as Alshon makes his appearance. Another Bills appearance with again, a defensive player with the ball. And a kicker card! Fun pack! 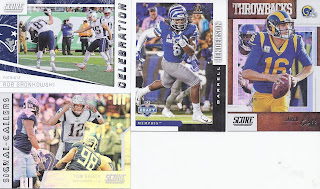 Your inserts. Likely the last card to feature a Gronking. 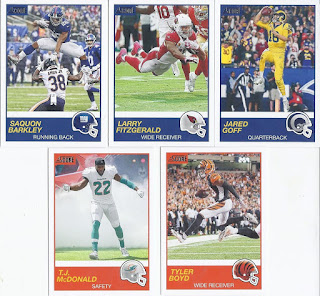 I'd probably call that Saquon my favourite of the base cards photo-wise, but there's just so many contenders for that title in this set. 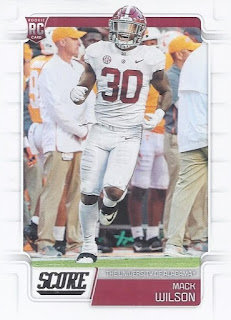 The rookies/draft portion of the set is pretty bland, but I probably should show off the newest member of the 2/14 club. Welcome to the binders, Mack Wilson! 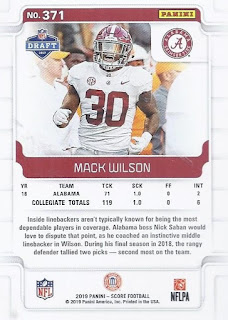 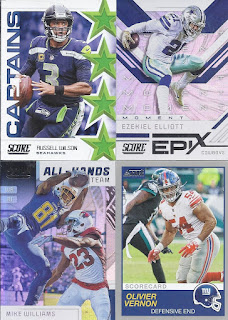 Your inserts, and another great photo on the AHT card. 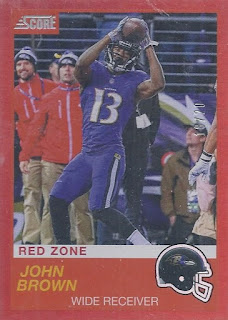 And here's another low numbered parallel, this time /20. 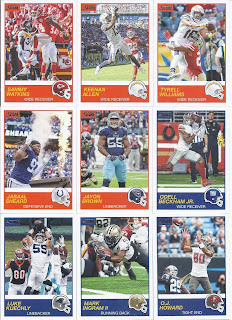 Lots of great photos here. I love the 'oh crap' look on the intended receiver as Kuechley grabs the INT. Great framing. 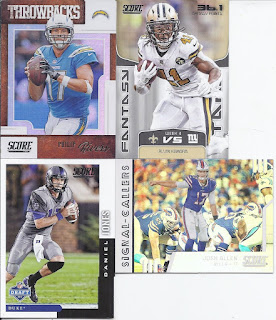 There's a Bills insert this time as well. Sorry for the Jones card, Giants fans. 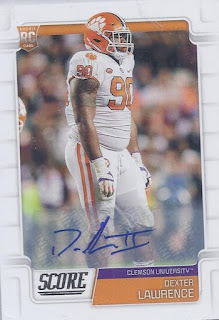 Maybe this card of another one of their first round picks, drafted one spot after yesterday's rookie auto of Brian Burns, will be a pick me up. The card isn't aligned at an odd angle, I just hosed up the scan. 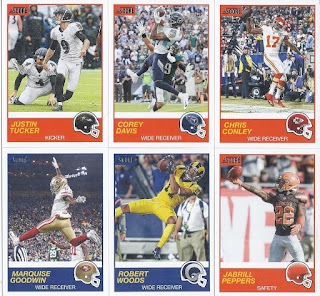 A kicker card mixed with a wee bit of the elements? That's a fun card to illustrate that position. There's a pair of Bills alum from the class of 2013 on the bottom with more outstanding photos. 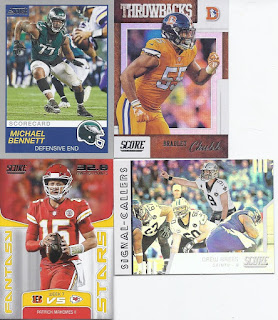 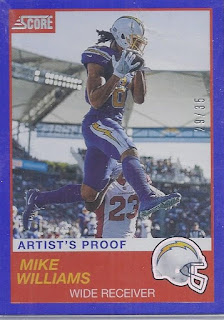 And the final parallel is another low-numbered parallel. Even better - the blue of the design works perfectly with the Chargers uniform.

And that's it. I'm writing these two up before I go to the Expo on Friday, and am undecided whether I'll make an effort to get some damage to the rest of the set, or just maybe grab a pack or two. But at least I know one thing I'll show off when recap time starts.
Posted by buckstorecards at 06:29