I'll spend Monday with the COMC to-be-posted box and some of the latest additions to my Jamal Murray PC. 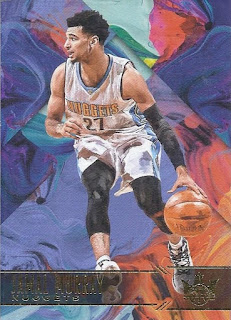 Let's start with something garish. But, you kind of expect that from any set that is part of the Kings family. 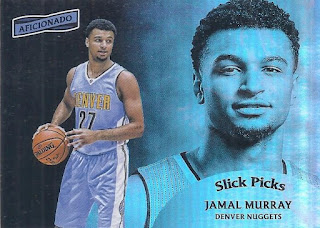 This card from his rookie season is shiny, but at least the shininess is in team colours for this. 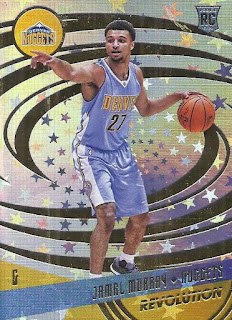 Stars in the background mean that this card out of Revolution is an Astro parallel. As the logo indicates, this is another card from the rookie season. 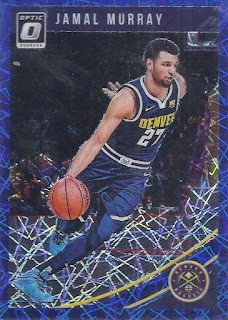 This post will jump around a lot in terms of release dates, but I'm really just going through this first part in the order they're uploaded. Even though there are only three years covered in his basketball career. This is from this year's release of Optic, and isn't just a blue parallel, but a blue velocity parallel. 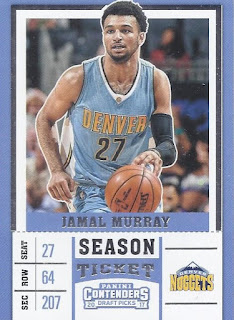 Finally! Something subdued as the unnumbered cards end. 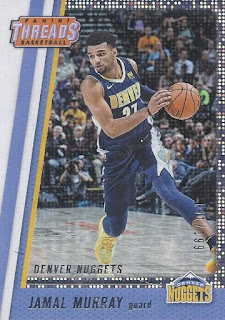 Off to the second year, and a dazzle parallel out of threads. The shiny portion of the card definitely has a twinkling marquee feel to it. 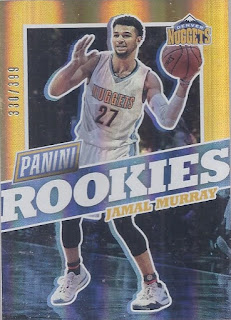 This numbered parallel comes from the 2017 release from the National Convention. There's a really nice use of team colours on the borders. 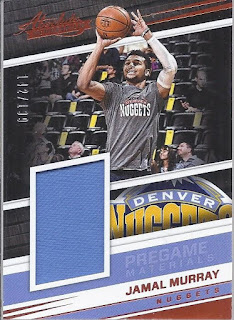 Here's a hit! Despite this card being part of the pre-game materials subset, and despite the photo obviously being a pre-game photo, the description of the back of the card describes it as game used. Sure thing. 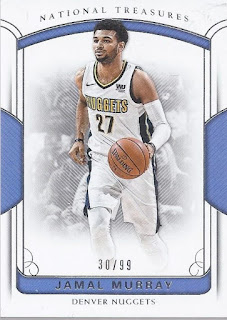 I'll end with a base card. A very high-end base card, but a base card nonetheless. While I'm generally not a fan of the bland white and foil that permeates sets like National Treasures/The Cup/etc, at least there's some team colour added to the design.

There you have it!
Posted by buckstorecards at 08:31