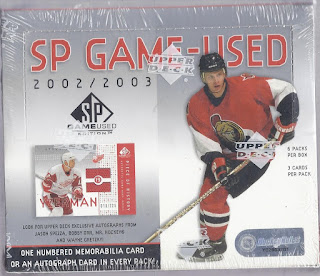 There's Ottawa Senators content on the box! How can this possibly be a bad box? Seriously, the Spezza appearance was the only reason I opted for this box, which was from his rookie year. 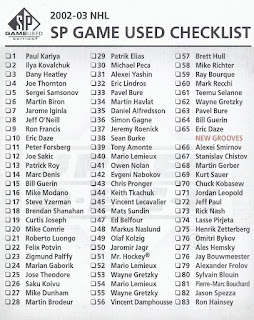 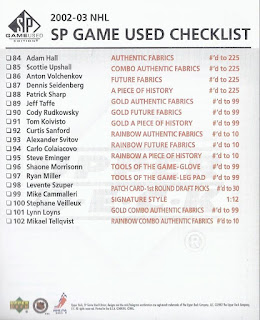 Here's your checklist. 1 through 50 are unnumbered base. 51-65 are All-Star flashback cards numbered /999, while the remainder are rookies /750. Only the autographs have odds listed, but that works out to 1 every other box. 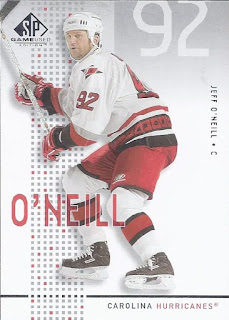 Despite offering 3 cards per pack, I only got this one in the first pack. Will that bode well? 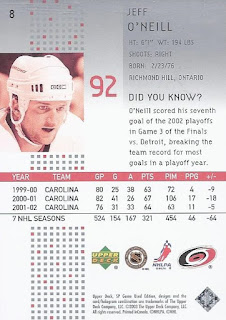 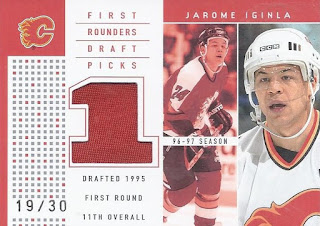 Lose a base card, but gain a low numbered patch of a certain HOFer. That's an acceptable sacrifice. Only one colour, but when you touch it, that's definitely a patch. 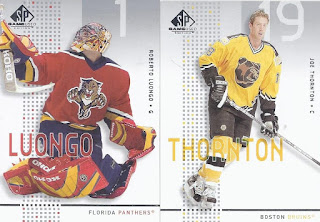 There's two base cards. Amazingly, both of players that are still active as I type this. Of the regular 50 cards that comprise the base, the only other one that played a game in the NHL last year was Ilya Kovalchuk. What are the odds of that? (Rhetorical question) 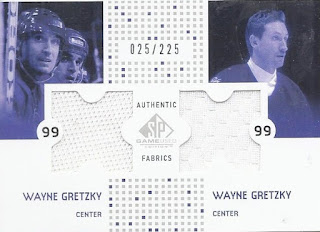 WOO-HOO! That's my first Gretzky hit! If the listing is correct, the first one is from a Rangers jersey, and the second one is from the 1999 All-Star game, should the logos on the back be believed. It is the great one, so I don't really care that they are both plain white swatches. 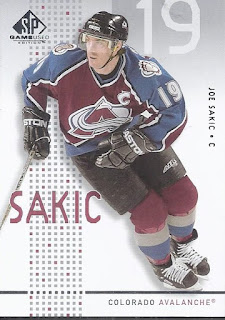 One regular base card here. 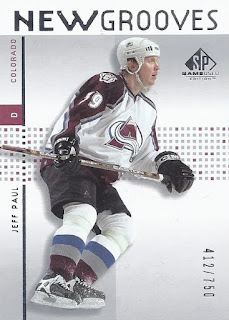 But there was a numbered rookie to go with it. I had no memories of Jeff Paul in the NHL, and he looks to have only played 2 games in the league. Still 2 more than me. 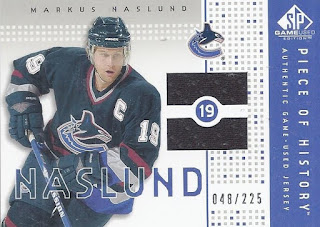 What does it say about a run of packs that a Markus Naslund swatch is the blandest of the 3?

And that's it. The other 3 packs go tomorrow. All I will say is that when it is done, Iginla won't even reach the medal podium of the top 3 players I landed hits from.
Posted by buckstorecards at 07:43