A new shipment from COMC often means new faces for that binder, and there were 3 this time around. 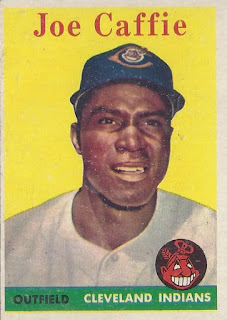 This one was added after a bit of a debate on my part. The almost complete lack of 50s content (1 other card) was the deciding factor. The various reference sites list Caffie as a 2/14 baby. However the card lists him as 2/13. I'll overlook that to add some more vintage to my collection. 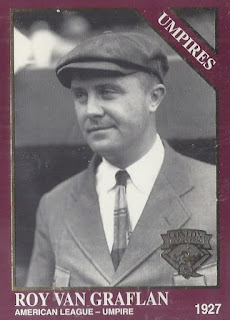 This is one that I never would have come across if not for the COMC Challenges. If a card appears of someone who has a birthdate listed on their card and likely wouldn't appear at the *-reference sites, I always double check before moving on. That is how the card of the umpire who was behind the plate for Babe Ruth's called shot entered my collection. 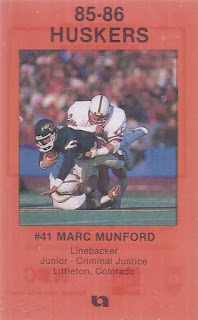 Marc Munford played 4 years with the Broncos, but never got a card from that. Fortunately, the police department in Lincoln, Nebraska helped me out in adding a new face to the football portion of the collection. Although this is stored in the portion with the larger cards, as it is about an inch taller than standard issues.