A double death post yesterday. Time to get more upbeat with a pair of envelopes from Panini. And unlike recent redemption mailings, these had exactly what was promised in them. No more. No less. 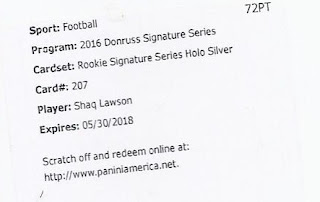 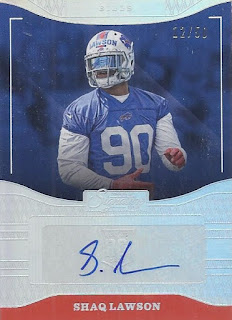 Initials only, and the S looks more like an 8, but I'll over look that since it is a Bills autograph. The sticker actually works pretty nicely with the design, as it fits into a portion on the card with a different look and feel than the rest of the lower portion of the card. Off to the Bills binder with you! 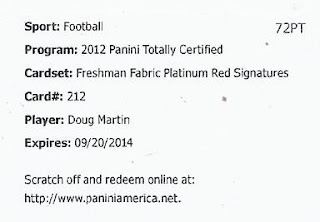 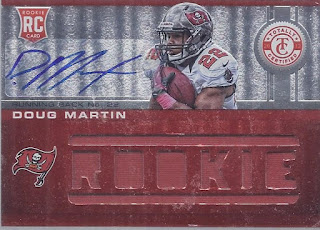 I was hoping the 2012 Tot. Cert redemption would be the HRX of Trent Richardson so I could send it off to JayBarkerFan. But I'll take the rookie/auto/relic of a guy with a great nickname like Muscle Hamster instead.
Posted by buckstorecards at 09:38