Time to end this repack box. 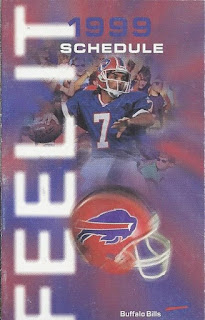 My favourite item in the box wasn't a card at all, but this Bills pocket schedule from 1999. Even though it did remind me that 1999 was their last playoff year. And this is 2017. 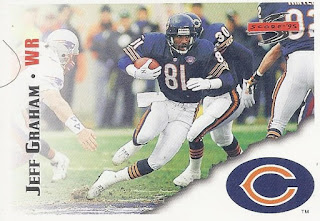 Despite the miserable years it reminded me of, I'll still rank the schedule over a new card for the 2/14 collection. 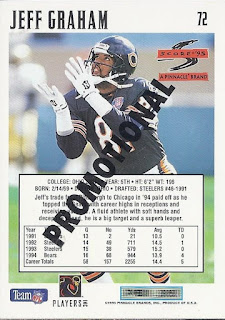 And it is a Promotional Back version too! Yay! 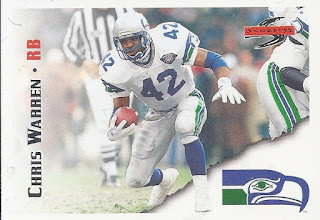 I also landed the Chris Warren version of that parallel. 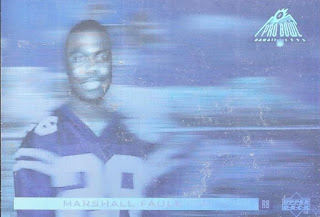 Holograms! As usual, these look a lot nicer in hand than scanned. That's Marshall Faulk against a typical Hawaiian island backdrop. 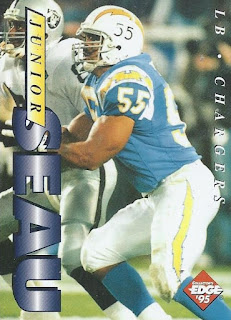 Junior Seau rocking a throwback jersey on yet another promotional card. YES! 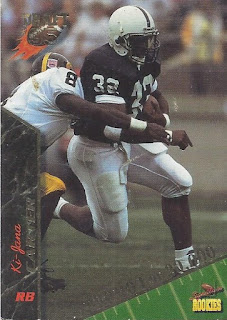 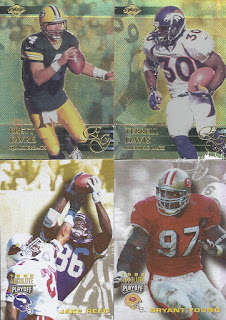 A couple more random cards from random sets. The Favre and Davis cards bring us into the 2000s from 2000 Collector's Edge Graded. Since they were stuck together (see the bottom of the Davis), I won't be shipping them to Beckett any time soon. 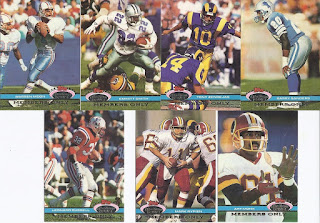 Groucho might not have wanted to belong to any club that would accept him as a member, but if the Stadium Club accepted me and promised cards, I'd join. 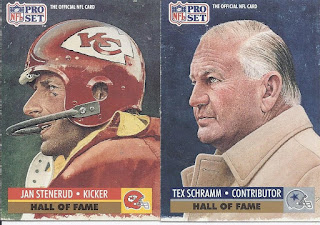 A couple drawn cards end it.

I certainly got my $5 worth from it. And I still haven't busted those Pacific packs yet. I'll put those away from a rainy day. Where I'll forget about them. And probably find them 27 years from now like those Panini albums.
Posted by buckstorecards at 05:12