It Came with the Archives Party

And now, the two other packs I got alongside the Archives. 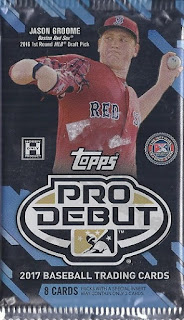 I'll start with the baseball. 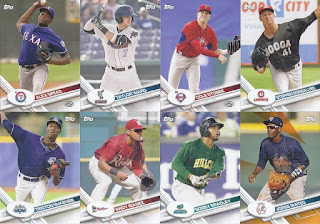 A pretty bland bunch of cards. The team logos aren't that big, and one of the things I like about minor league sets is that some very unique logos are often on the cards. You don't really get that here. But I did learn that the Lookouts on at least one occasion, wore a jersey that read Nooga. The Mateo is an orange parallel /25, which fall at a rate of 1 in every other box. 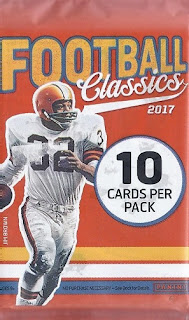 Up next, a retro looking package of Classics. 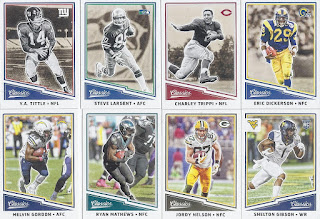 My first Chicago Cardinals card! I nice mix of current players, legends and rookies, although I don't like that the rookies seem to be 1 card per pack with an equal distribution of 100 cards per grouping. 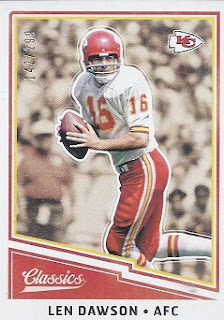 Just like with Pro Debut, I didn't land a hit, but I did land a numbered card. These are the red back parallels. 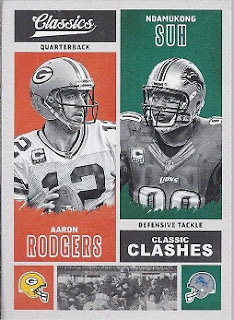 And an insert, that flashes back to a pre dick-pic Favre. I'm going to end with the best thing about this pack: 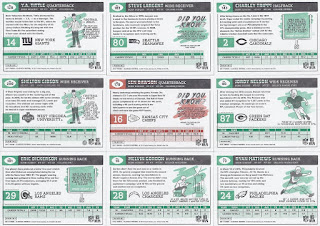 Cartoons on the back! And factoids! And trivia!

There you have it!
Posted by buckstorecards at 07:09