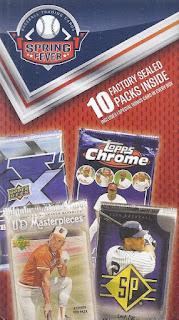 It is always too long between repacks busts, especially when it isn't hockey being busted. In this case, a baseball repack made an appearance on the Walmart shelves, and yet I was cautious. I watched a couple breaks of it on youtube, realized the content wasn't 5 junk wax packs and 5 Triple Play packs (only 1 Triple Play - HAH!) and thought it would be worth the risk.

After all that, here were the contents.

There was also 1 Beckett promotional card of Schwarber & Bryant The promo card will be traded away at some point, but here's the front/back of it. 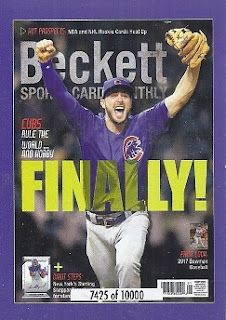 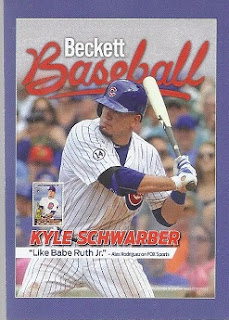 And now, the first part. The 2007s look nice grouped together like that, so I'll start with the only year that had different packs from it. 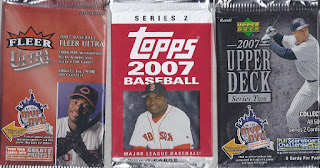 Starting with the Topps. 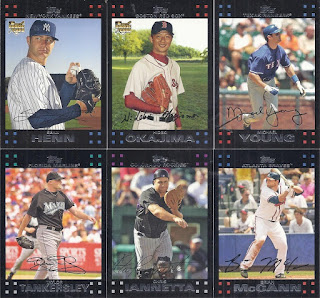 I actually may have busted one of these before, but was likely so bored by the process I don't remember a thing about it. I guess the most interesting card is the guy named Tankersley. Honourable mention to the Okajima, just because it gives the vibe that the background seems to be a generic one also used for high school grad pictures. 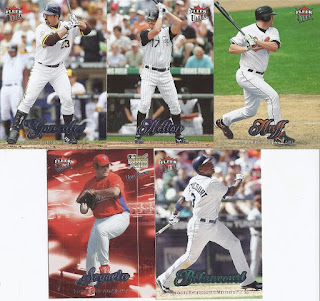 Ultra was a little more interesting, if nothing else than full-bleed photos and a the throwback brown on the Padres uni. 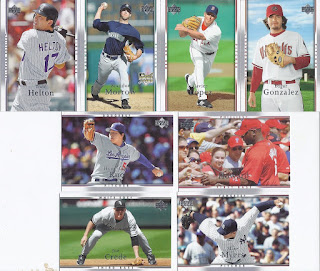 And the best of this portion comes, unsuprisingly in the UD S2. Two cards featuring pitchers that don't go overhand jump out here. The after shot of the sidearming Lopez is nice, but the Myers submarine wind-up might end up being the best base card in the whole break. What a great photo. Shame it is wasted on a Yankee. Strange to find an autograph singing photo of Howard as the 3rd best in a pack of 8, but sometimes that's how the cards fall. Also - two base cards of Todd Helton in 3 packs.