Today, the goodies from a group break of SP Authentic. I went back and forth deciding between the Bruins and Sens, and opted for the Bruins since the Sens only hit was an auto of Thomas Chabot, and his penmanship is terrible.

Your base cards. Typical SPA, but maybe a little louder with the starburst-ish background. 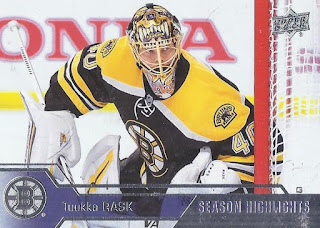 The Bruins had two cards for the Update portion of their flagship set. Here's a highlight card for Tuukka Rask's hot start to the season. 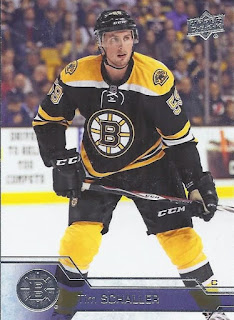 And surprisingly, a card for Tim Schaller. He signed as a free agent after a few years between the Sabres and their AHL affiliate, and saw the most NHL action of his career this year, appearing in 59 games. 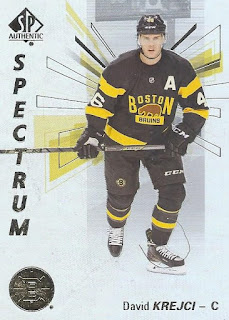 Shiny! With the alternate uniform as well. I really don't care about the code on the back for the bounties or whatever. 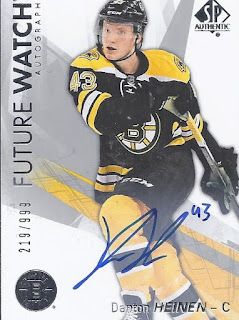 And an auto. It might just be the initials and the number, but I'd still rather have this in the binders than Chabot's mess.

There you go! Tomorrow, Archival Blue Jays!
Posted by buckstorecards at 09:40