My post-spring cleaning COMC box showed up earlier this week, jammed full with 200 cards worth of challenge credit acquisitions. Time to show them off! 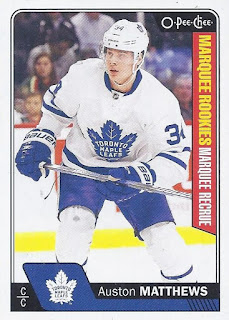 The biggest part of the shipment, about 70 cards worth, was additions to my 2016-17 OPC set. I took advantage of the Update series being part of the e-packs at Upper Deck, and used them to acquire the entire 50 card update set. They did continue numbers-wise from the original base set up to 710, so I had to get these as well for the set to technically be complete. Strangely, if they'd have used a new numbering system starting at 1, I wouldn't have bothered. Odd that. Anyhow, most of these were in the 30 cents each range, with only a couple of them even passing the $1.00 mark. At $2.86, this Matthews was the big ticket item.

My OPC needs will probably be added to my wantlist in the sidebar next week sometime, since there will be quite a few cards on the way out. 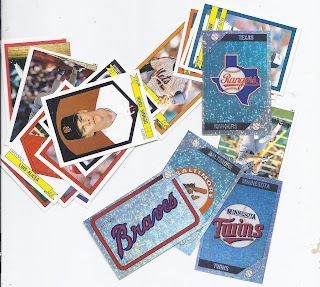 A pile of needs for my 1989 Panini baseball album. I'm still about 20 or so out, but I'll probably knock those off via sportlots. 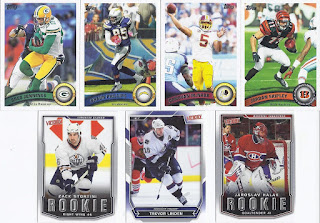 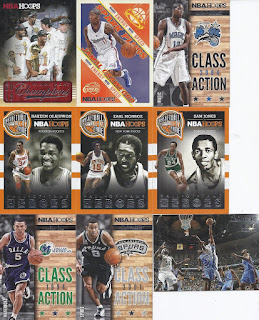 And these close out all the hobby insert sets from 2013 Hoops. The Miami Heat Champs card actually completes the base set, as it was a SP (SSP?) of card #301. I was going to pass on this, but the price became reasonable over spring cleaning and I added it. I think I probably had the Crawford at one point, but likely sent it off to Dennis @ Too Many Manninghams. 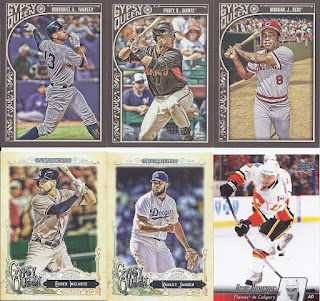 And some cards that didn't finish their sets, but put me closer to completion. My 2013 GQ needs are now at 3, with a sportlots envelope set to put it at 1, leaving only #350 to end things. The others still have a ways to go.

And that's how you recap about 120 cards (or stickers) in a single post.
Posted by buckstorecards at 09:13