I'll wrap this up over the next few days. 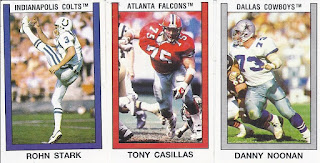 At this point, I only need 44 stickers to complete the album, so I'm going to have a quite a few team completers. Casillas finishes the Falcons. The Raiders and Cowboys were the neediest pages, both with 5. Noonan makes that 4, and there's another punter! 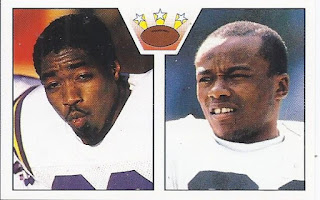 This dual of Carl Lee and Frank Minnifeld puts the All-Pros portion 1 sticker away. 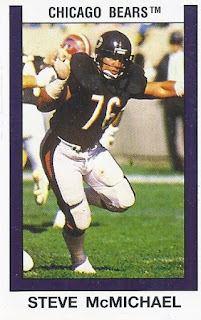 When in doubt, scan the one card of a former member of the Four Horsemen with Mongo "At least I'm not Paul Roma" McMichael. 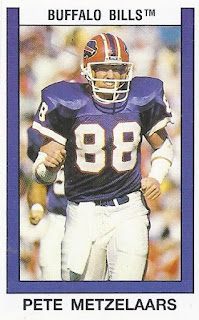 Back-to-back packs without a needed sticker means I'll scan a Buffalo Bills one this time. 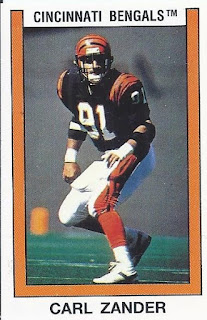 Carl Zander! There's a need for the album! 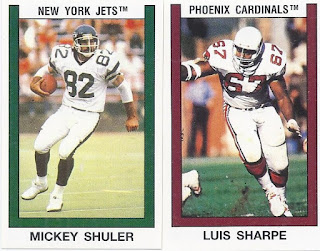 Neither were team completers, but these knocked both of these down to 1 per team. 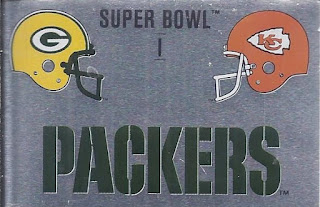 When in doubt, scan the foil. Especially when I can link to the Packers video again.
Pack 81: 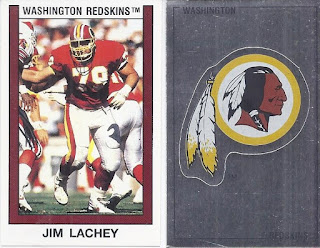 I needed two Washington stickers to complete their pages. And here they are! 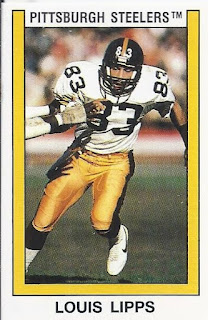 Hard not to scan a card of a guy named Lipps. 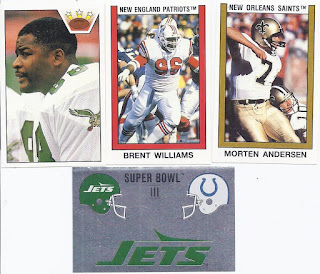 1 sticker left to complete the Super Bowl inserts with this one. Keith Jackson wraps up the All-Pros. Williams does the same for the Patriots. And Morten Anderson does it for the Saints. Great pack!

Steve Largent slips into the album, and Bart Oates does the same for the Giants, but only Oates completes his respective team pages. 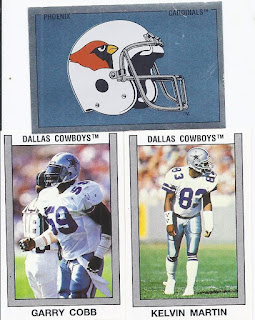 One of my last foil sticker needs, and a pair of needed Cowboys. 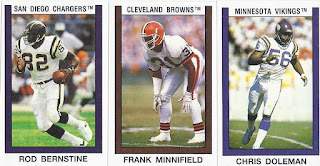 Coleman and Minnifield close out their respective teams, while I'm now one left for San Diego. 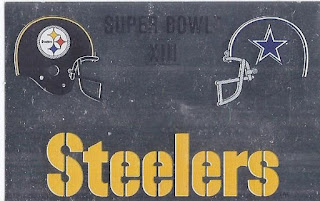 And this finishes off the Super Bowl inserts. The only foil I still need is the Lions logo.

19 left to finish the album over 13 packs. How close will I get?

Posted by buckstorecards at 08:13

Email ThisBlogThis!Share to TwitterShare to FacebookShare to Pinterest
Labels: stickers