I'll be biased when a trade package from Brian @ Highly Subjective... is as good as this one. 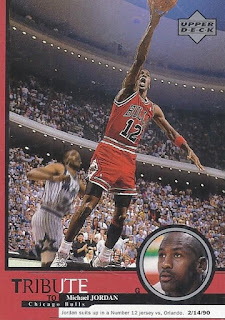 #1 and the best was this, a card that's been on my wantlist for awhile. This completes the 3 card run of cards for the 2/14/90 game in which Michael Jordan wore #12 for the game, due to his #23 vanishing mysteriously from the Orlando locker room. I might be strange for trying to shoehorn Jordan into my 2/14 collection, but it is worth it for one of the greatest ever. 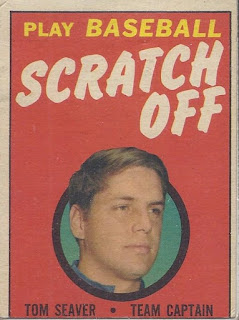 Mets summarize the rest of the package, and the highlight among the Mets stuff was some vintage! Sure, this 1970 booklet was already scratched off, but this is now the oldest Seaver item in my Mets collection. WOO-HOO! 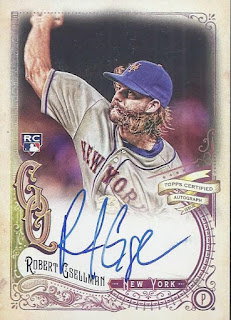 The only hit was this Gsellman. I'd pulled the Missing Back Plate variation from my 2 boxes of the product, and now the regular one goes nicely alongside it in the binder. Time to chase the rainbow! Or not. 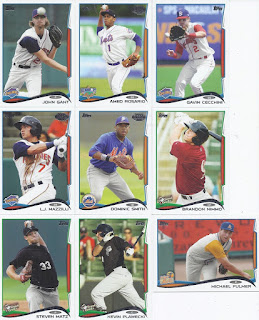 Another highlight was likely the compete team set from 2014 Pro Debut. Best of all, 7 of these 9 guys are still with the team. Only Gant and Fullmer are elsewhere. That's a pretty good average. The Gant is the exact same photo that appeared on his Bowman card from 2014, only one (or likely both) has/have been photoshopped. 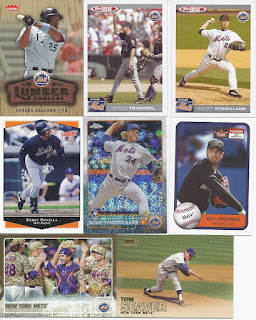 And some misc. Mets and parallels to end this post, although there were still more in the pack. The Trachsel is probably my fave in this group, due to the somewhat odd photo and being from Topps Total.

And there you go. I've still got a couple mailings left, one trade package that will require at least 4 posts, and some group break goodies as well. Until then...
Posted by buckstorecards at 09:08