More additions to my Senators collection!

I've often said how much I enjoy cards that work the team logo into a design. So, here a few Senators cards from the dime box I raided. Let's just forget about that third jersey from the middle Chara card. 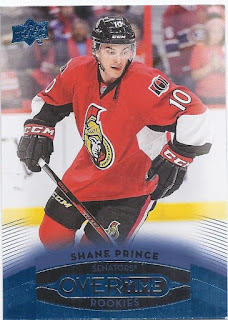 A dinged corner means a nice parallel addition to my Sens collection. I'm still expecting his trade to the Islanders to bite Ottawa in the arse at some point. 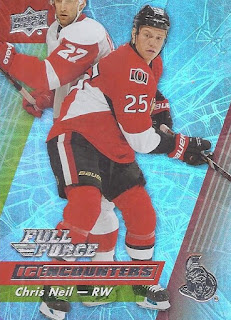 Another dinged corner card, another cheap addition to my collection with this Icencounters (sic) of Chris Neil out of Full Force. The theme of PIM acquiring guys moves to flagship this year with the Super Colossal inserts. 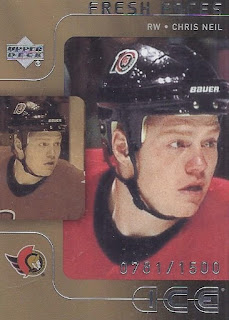 Numbered rookie of Chris Neil out of 2001 ICE. It feels like he's been with the team for ages, but it is still surprising when you put a date on his cardboard debut. 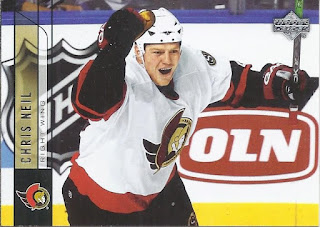 And here's Chris celebrating a goal - something not frequently seen for the tough guy. 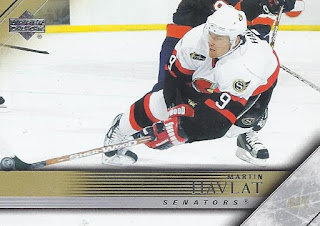 The great photo portion of my Sens collection continues with this card showing Martin Havlat falling down, but still managing to move the puck forward. And the photo is actually cropped properly so the puck isn't hidden my the design. 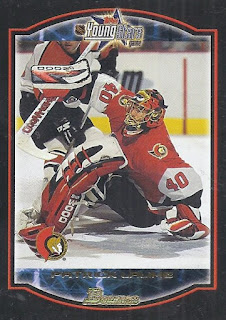 The last Sens card I picked up solely for the photo was this one of Patrick Lalime scrambling to recover. 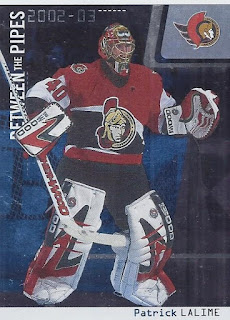 But here's one more Lalime, and the one I grabbed only because of the Marvin the Martian mask. 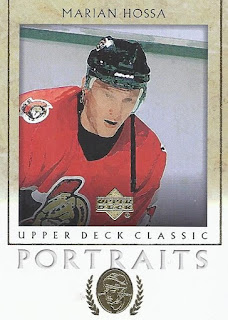 If you weren't creeped out enough by yesterday's Thermal Threats card of Andrew Hammond, here's another opportunity to store an image away for a future nightmare. 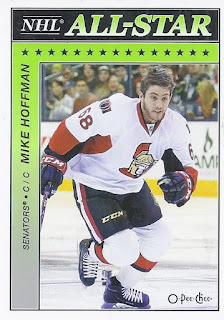 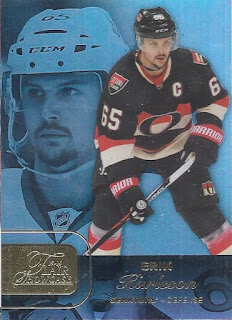 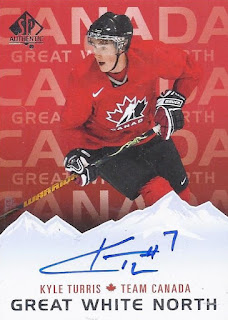 Finally, I'll still call this card a Senators hit, despite the patriotic nature of the card. I like that he included his Senators team number on it, even before knowing that he would also wear #7 for Team Canada. Although the perils of the stickergraph means there are also cards where he signed the number, but the card shows him in #19.

And those are my Senators additions. I still have my 2/14 additions, my Rangers alumni additions, a blaster of Zenith, more mask binder cards, the baseball goodies and a whole bunch more of dime box miscellany to get to.
Posted by buckstorecards at 10:06