And the Expo recap posts end as I show off my last cards from the show - the hits.

Not hits, but some miscellaneous numbered cards to start. $30 a week habit is working on serial #'d insanity for hockey, and these, in the case of Leblanc and Klepis, were duplicate numbered card, while the Morrow was one of two Ice cards of his I picked up. So, these were my keepers from the numbered card barrage. 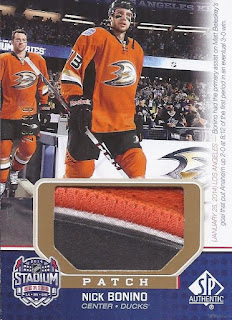 Next up, an absolute killer patch from SP Authentic. Since the colours on the Stadium Series swatches seem to match with the ones worn in these games, I tend to believe these are from the actual game. 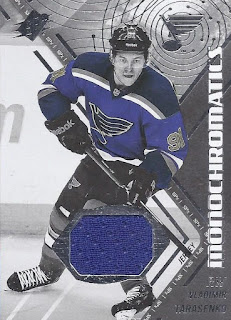 Aesthetically, these might have been my favourite hits of the year. I'd put off adding one for a bit, hoping I'd get a chance to pull a cheap one from a show bin. Here was my chance. 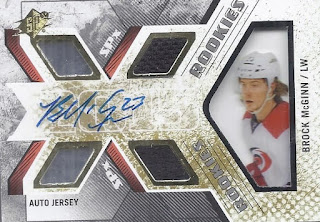 Also from 15-16 SPX, this auto-relic is a perfect way to shift over to the autograph portion of these hits. 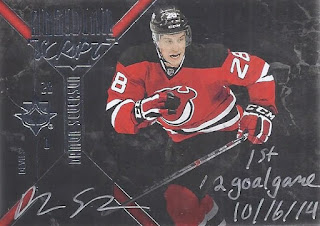 For some reason, I don't think the "1st 2 goal game 10/16/14" was printed on the card by Damon after signing the auto. Just a hunch based on a penmanship comparison. 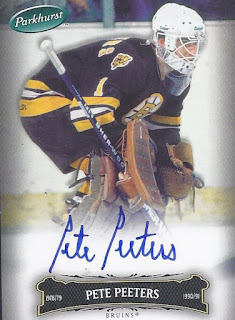 With this as the final card to show off, my run of 17 straight Expo recap post peters out.
Posted by buckstorecards at 05:47