Is there any better way for me to celebrate my 1800th post than with some repack love with a trip to the Dollarama for a pair of hanger packs and Surprise Bag?

Starting with the hangers. 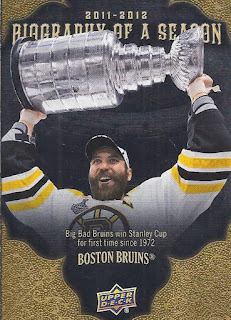 2011 Biography of a Season - Stanley Cup Champions - Any time you can add a card featuring the Cup to your collection, you have to go for it. With this card visible, anything else interesting would be a bonus. 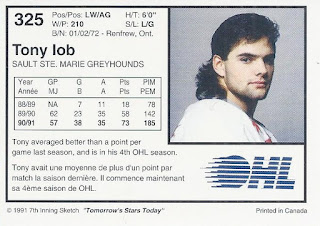 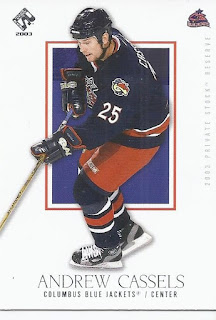 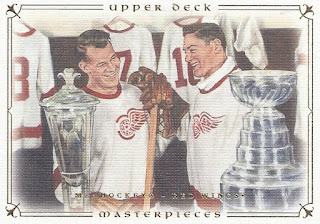 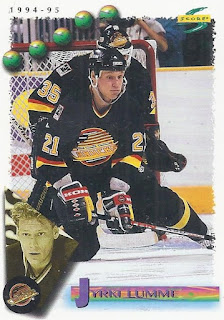 1994 Score - Jyrki Lumme - Determined to oust anything Fleer could offer as the ugliest mid 90's set. 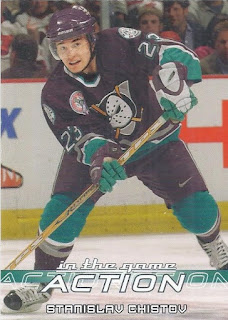 2003 In The Game Action - Stanislav Chistov - Action - Not pictured. 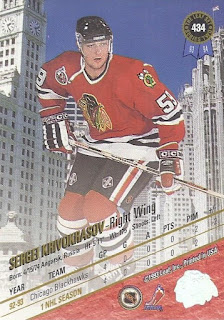 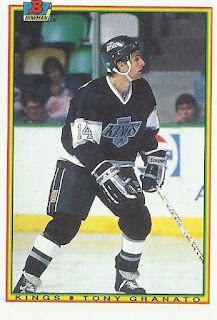 Already a nice repack with the opening card, it became even better with Iob's spectacular mullet and an appearance of a Masterpieces card. How will the second pack match up? 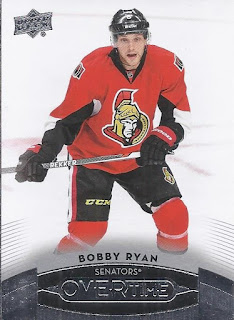 2015 Overtime - Bobby Ryan - A new Sens card is always a great way to start. Especially when it comes from a distributor set. 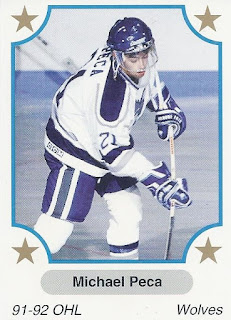 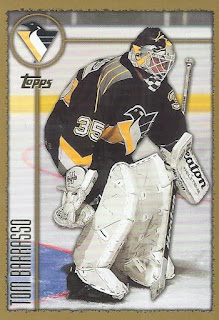 1998 Topps - Tom Barrasso - Back to back repacks with Tom making an appearance. 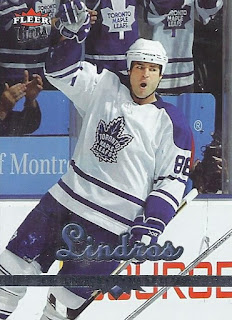 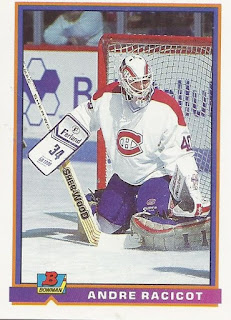 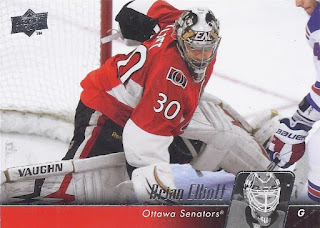 2010 UD - Brian Elliott - OK. This didn't quit reach the level of the first repack, but starting and ending with a Sens card is OK by me.

And finally, the Surprise bag: 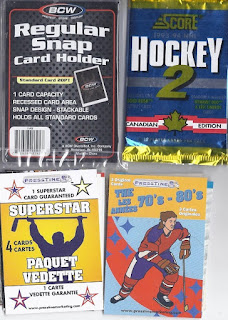 I was really pumped to bust the Score, then the cards came out like a brick, and were kinda stuck together. 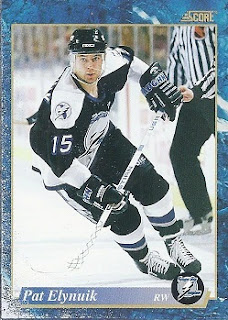 And there's the highlight (and also showing off a wee bit of peeling on the cards) - a completely forgotten stint of Pat Elynuik with Tampa. 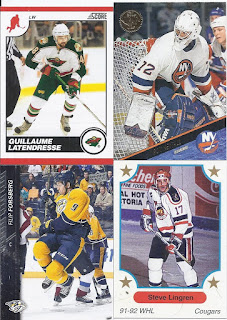 I guess Filip Forsberg is the superstar here, and he also gets an interesting photo. But, as with Krivokrasov... 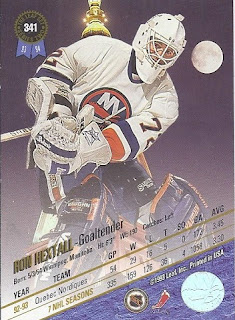 I probably should have got two more hanger packs instead. But there you have it!
Posted by buckstorecards at 10:35